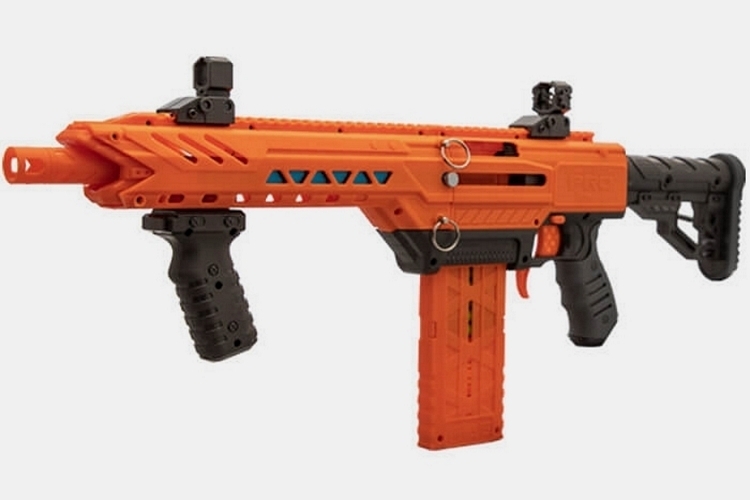 We’re massive fans of Nerf’s line of foam-firing blasters, with their varied designs, reasonably powerful firing mechanisms, and generally modifiable systems making them great for both casual and hardcore players alike. If you want your foam blaster with maximum firepower without doing any aftermarket mods, though, you might want to skip Hasbro’s line and check out the the Dart Zone Pro MK-1 instead.

Made by Prime Time Toys, it’s a manually-primed, single-shot blaster that sends foam ammo flying at a ridiculous 150 feet per second towards distances of up to 150 feet. Even better, it does that with high accuracy, making it a whole lot easier to hit moving targets even from a distance. 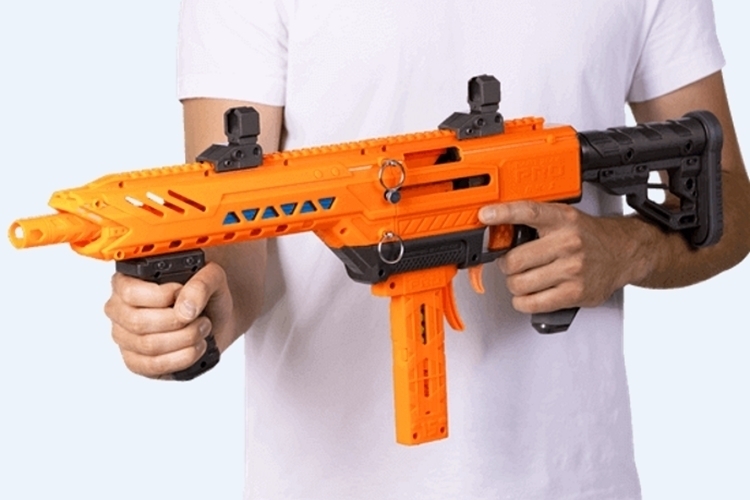 The Dart Zone Pro MK-1 has a straightforward rifle design, making it a great blaster for folks who don’t care for Nerf’s fancier creations. There’s a handle behind the clip and a handle out front, as well as shoulder stock in the rear, so you should be able to steady this thing without much fuss even in the most hectic firefights. Do note, that 150 fps dart speed means this thing delivers some serious kick, which, we guess, is the makes it a good thing it only fires single shots. We mean, can you imagine controlling the recoil with this thing in full auto? According to early reviews, in fact, the 150 fps is a conservative rating, as independent tests measure it to regularly fire darts at slightly higher speeds (160 to 170 fps).

It’s manually-primed, by the way, which means you’ll have to pull back the front handle each time in order to lock the firing mechanism in place. That means, you’ll be able to unload shots much slower than battery-powered blasters, although the speed and accuracy of the projectiles do mean you’re more likely to hit your target with its single shots compared to the wild spamming you’d normally do with powered blasters. 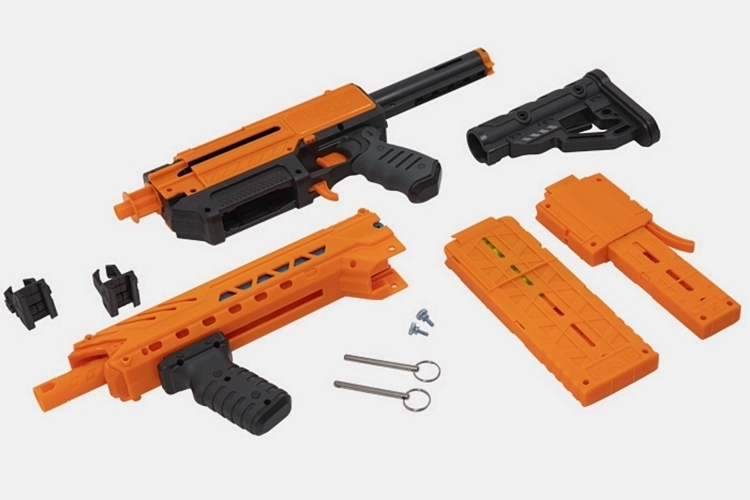 The Dart Zone Pro MK-1 measures 32 inches long with the shoulder stock fully stretched out (it’s adjustable), so this is a pretty long blaster. If you feel uncomfortable carrying it on the train (because… nerd), you can easily break it down into two parts by simply removing connector pins and some screws, then put them back together once you’ve reached wherever it is you’re playing. It’s also got some heft to it, courtesy of a metal barrel and a few other metal elements, although most of the blaster is cut in hard plastic, so any grown person (and most teenagers) should be able to handle it (the priming, by the way, requires some force to pull off). 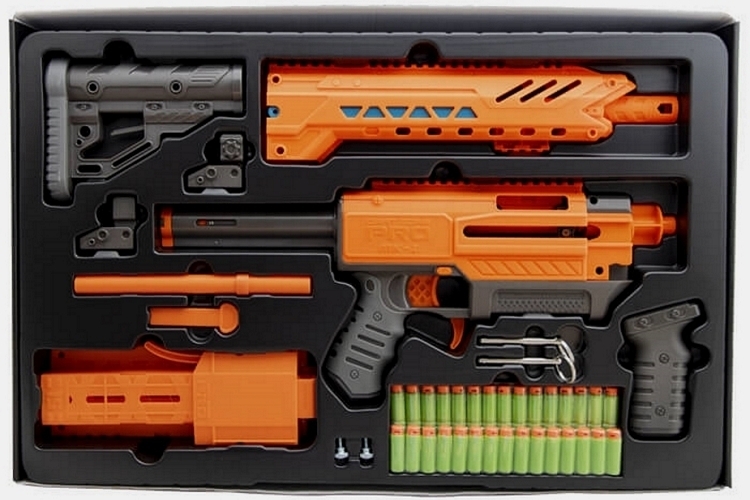 It comes with two 15-dart clips, one for standard darts (same length as Nerf darts) and one for the outfit’s own half-length darts, as well as a picatinny rail that’s compatible with Nerf accessories. Other bundled items include a plastic barrel (in case you prefer it to the metal one), two sights that are compatible with the rail, and 30 darts (15 standard, 15 half-length).

The Dart Zone Pro MK-1 is now available for preorder, priced at $180.