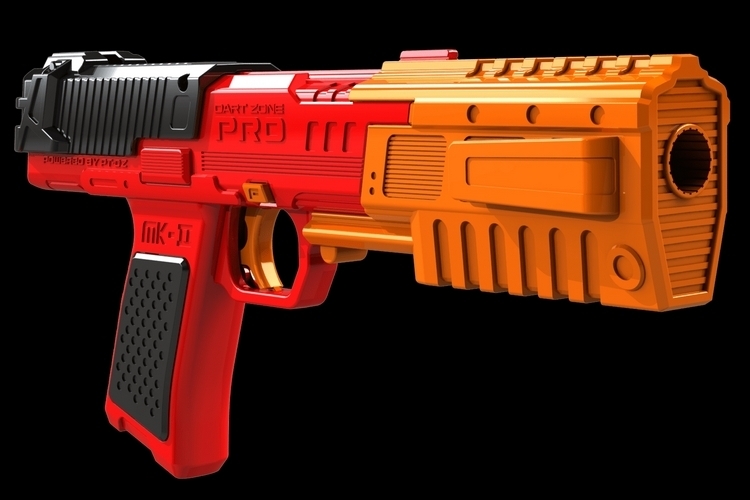 Much as we love our Nerf blasters, we have to admit, we have to look elsewhere if we want ridiculously powerful blasters at more wallet-friendly prices. Sure, they won’t have the pop culture tie-ins or the crazy aesthetics that many Nerf models possess, but if you just want to shoot foam darts that slap hard when they hit their targets, it pays to look around. Take, for instance, the Dart Zone Pro MK2 from Prime Time Toys.

A pistol form factor version of the MK1 from last year, the toy looks like one of those mini-blasters that are fun enough for kids’ play but not quite packing enough juice for grownup office warfare. Except, this darn thing can fire off darts at speeds of over 100 mph, making it the kind of deceptive blaster that can inflict a bit more impact than your unsuspecting coworkers will expect. Just… don’t shoot them when they’re drinking hot coffee because… that’s not fun. 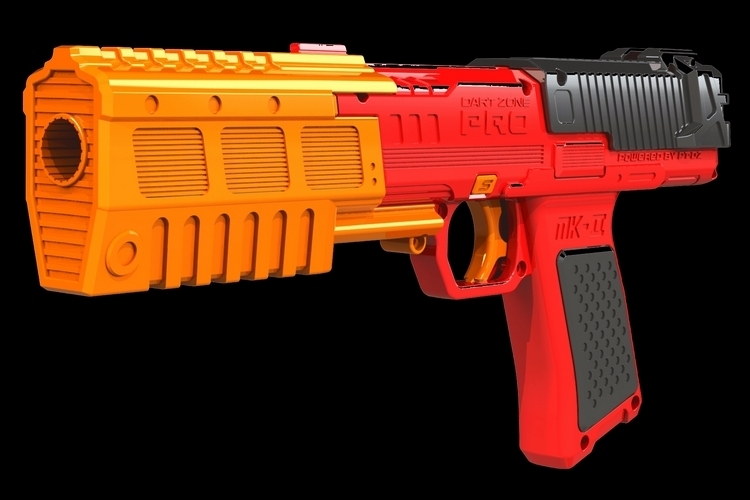 The Dart Zone Pro MK2 won’t just send darts flying at a blistering pace, it can send them pretty far, too. According to the outfit, it has a shooting range of up to 120 feet, so you can use this to hit targets from quite a substantial distance. Granted, those distance hits mean they won’t quite feel the powerful impact of the darts, but if you’re waging foam warfare in the park, the camp site, or the parking lot, it lets you maintain a comfortable distance without having to fight using a large and cumbersome blaster. Plus, getting hits from 100 feet with a pistol just puts you in a better position to make fun of other players. 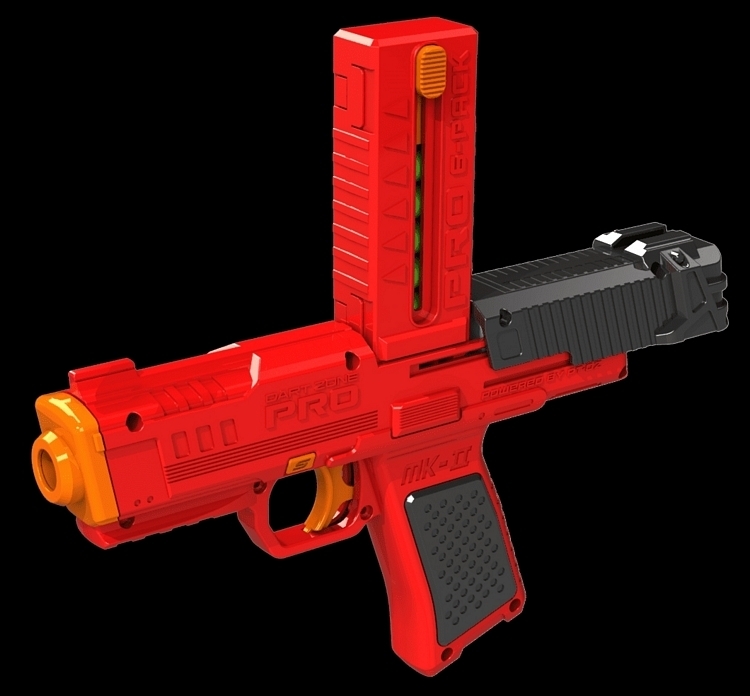 It holds up to six darts in the clip, which it can unload at a rate of around two darts per second, provided you’re really fast with the priming slide (it does take some effort because it uses really strong springs). Again, that’s quite the ridiculous performance stat for a tiny pistol such as this, especially since it uses no powered mechanisms (no battery needed). It also comes with two six-dart speedloaders, which can either be stashed in the included holster (two at a time) or mounted on top of the blaster (one at a time). Yes, mounting a speedloader on top makes the blaster look way more awkward than it usually does. 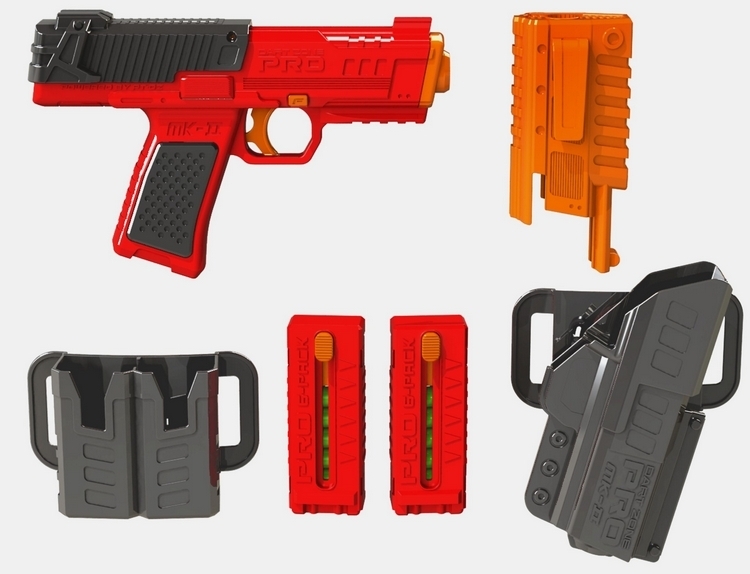 The Dart Zone Pro MK2 uses half-length darts, which, we guess, is necessary since the darn thing is so small. That means, you won’t be able to load any full-length darts onto the clip, although they do allow you to front-load full-length darts, in case you run out of the right ammo and just want to be able to fire one out from this pistol. Each blaster comes with a blaster holster, two speedloaders, a separate holster for the two speedloaders, a muzzle extension, and 18 half-length darts. Do note, if you use the muzzle extension, the blaster will no longer fit on the holster, so it might not be the best idea if you’re using it as a secondary weapon.

The Dart Zone Pro MK2 is available now, priced at $80.