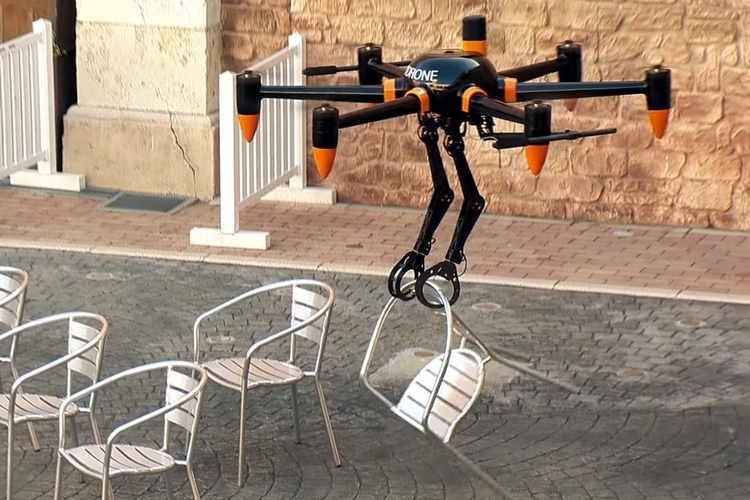 Like other professional-grade drones, the ProDrone PD6B-AW-ARM can handle payloads of up to 22 pounds, allowing it to carry large cameras and heavy packages. Unlike them, the darn thing comes with robotic arms and claws, allowing it to swoop onto a target, grab it, and fly away like an eagle snatching its prey.

That’s right, instead of having to mount any camera, package, or whatever other payload onto the drone, you can simply have it snatch the thing while already in flight. According to ProDrone, this makes it uniquely suited to dangerous jobs like collecting and moving hazardous material, apart from more mundane stuff like rearranging patio furniture, picking up burgers off the grill, or carrying your bag.

The ProDrone PD6B-AW-ARM comes with two five-axis robot arms, each one armed with claws for gripping onto stuff, making it look absolutely terrifying. Seriously, this thing can snatch your babies and hold them hostage during the robot invasion. Those same claws, by the way, allow it to perch onto balconies, rails, and tree branches, making for quite the unique flying automaton.

It’s designed for all-weather operation, too, so it can keep flying through rain and snow, provided prevailing winds don’t exceed 10 miles per second. Features include a maximum flight speed of 37 mph, a maximum altitude of 66 yards, and a battery rated at up to 30 minutes of flight time.

There’s no pricing listed for the ProDrone PD6B-AW-ARM, but it should be available directly from the Japanese outfit.