ProFORMA Software Turns Your Webcam Into A 3D Scanner

Too cheap to invest in 3D scanning gear?  No problem.  That is, if the ProFORMA, an engineering software that turns regular webcams into functional 3D scanners, manages to make it to market.

Short for Probabilistic Feature-based On-line Rapid Model Acquisition (whew), the new application lets you rotate any item in front of the camera, scanning it as a 3D object in real time.  It works by generating a 3D point cloud based on the image it picks up from the camera, using mathematical computations to correct any problems (e.g. a stray finger blocking the view).  Even better, the software keeps tracking the object even after the scan, so it can match any additional movements exactly with the virtual model. 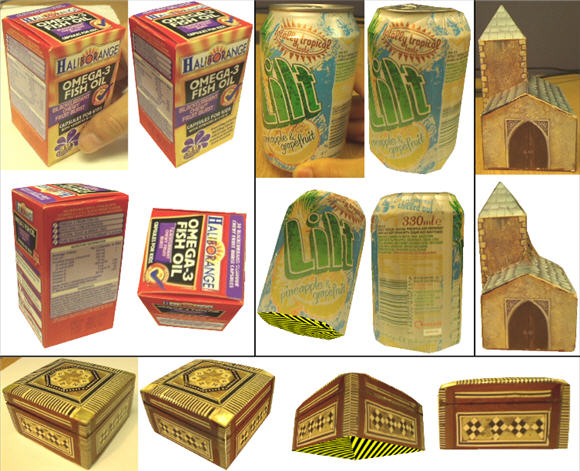 Since I barely made it through college Algebra, I won’t even bother trying to interpret the math.  It sounds clever, though, and you can read the rest for yourself at the link below.  Suffice to say, this seems like something that will be immensely useful for many future small-scale industrial and consumer applications, such as creating 3D avatars for your online persona or turning your toys into game objects, among others.

Created by Qi Pan, a PhD candidate at the Department of Engineering of Cambridge University in England, this could be the very thing that your 3D modeling garage has been waiting for.  Combine it with a cheap-ass 3D printer like the Cupcake CNC and you can reproduce a wide variety of stuff – all without spending a fortune.  Unless they decide to sell the software for a fortune, that is.  Let’s hope not.