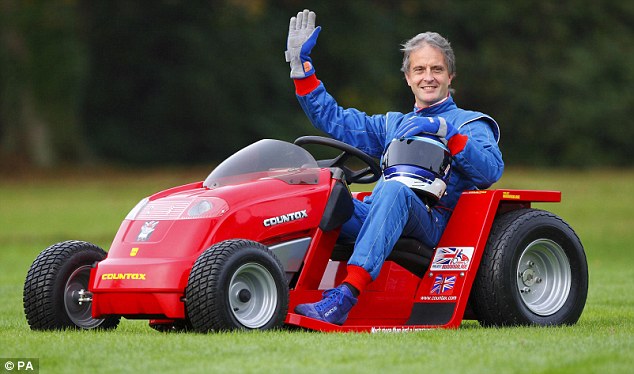 When Don Wales claims to be going after a top speed of 100 mph on land, it’s easy to dismiss him as being an underachiever.  That’s until you learn that he’s about to do it on Project Runningblade, a modified yet functional lawnmower.

It’s not some lawnmower chassis housing Ferrari innards either.  In fact, the Countox mower that’s going to be used will come with a conventional 26 hp Kawasaki engine (common in many lawnmowers), which has been updated to run on high-octane racing juice.  To successfully manage the speed, the race-ready garden tool includes an extended chassis for increased stability and 19-inch rear wheels with narrow racing tires (for reduced drag).

At 100 mph, Runningblade will eclipse the current world landmower speed record of 80.792 mph, set by American Bob Cleveland back in 2006.  Wales will perform the record-breaking attempt at Pendine Sands in Wales on February 26th of next year.

In order to qualify for the official title, the lawnmower should come with more than just speed.  According to Guinness Records officials, it needs to demonstrate actual grass-cutting capabilities.  Only after an actual lawnmowing session in the morning can it bring its act to the tracks (sans the blade, of course).

If successful, Project Runningbird will be the second world record under Don Wales’ belt.  He currently holds the world speed title for steam cars, as well as eight other UK land speed records for various electric vehicles.