Prosthesis Is A 13-Foot, 9,000-Pound Mech You Can Learn To Pilot Right Now 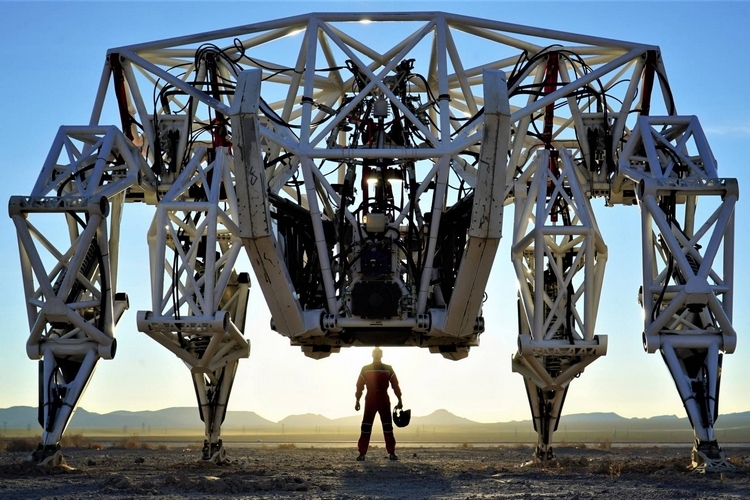 Remember Prosthesis, the giant four-legged racing mech first crowdfounded as a touring robot back in 2013? Turned out, it was successful enough that Furrion Exo-Bionics actually managed to build the darn thing – a giant human-controlled, all-terrain quadruped whose limbs responded to your own physical movements. It’s awesome. So now, they’re turning their attention to the next phase of the project, which is training potential pilots to operate the mech, in hopes of paving the way to their ultimate goal of creating a global mech racing league. If learning to operate such a beast is something you’re interested in, you can do just that by joining the Alpha Mech Pilot.

That’s right, if you’re willing to pony up the cash, they’re willing to let you take a ride on the “only fully exo-bionically controlled mech suit on the planet,” allowing you to get a taste of the future of sport mechs before anyone else. We know, it’s not exactly a skill that will get you far in your everyday life, but if you’ve ever dreamed of piloting a giant robot, we honestly can’t imagine a better chance of realizing it than this opportunity. 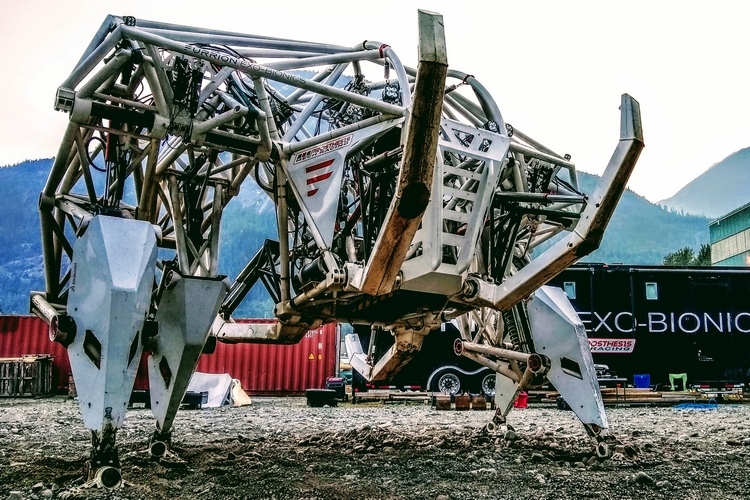 In its current incarnation, Prosthesis is a 13-foot quadruped that weighs a whopping 9,000 pounds, so this thing stays true to all the fictional mechs you’ve previously encountered in comic books, TV shows, and movies throughout the years. That’s right, it’s gigantic to the point that the ground supposedly shakes when it walks nearby, making it quite the imposing sight to witness just making its way from one point to another. As of now, they mostly use it to crush cars and other objects with its giant feet, as well as flip things over and carry heavy loads using its giant tusks, during demonstrations. Basically, it’s a human-powered destruction machine. 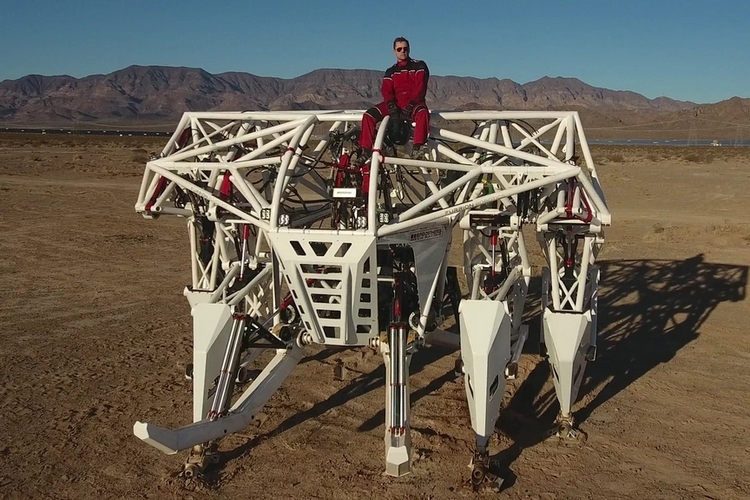 Speaking of human-powered, the whole thing is operated using a completely human-machine interface that you are strapped into. That means, there are no joysticks, levers, or steering wheels that you can use to drive the machine, relying instead on your limbs for control, such that it walks as you walk, turns as you turn, and performs any kind of motion as you do. According to the outfit, it amplifies your motion by a factor of 50, such that a simple step becomes a devastating stride that can crush your enemies and destroy any obstacle in the way. Or something like that. 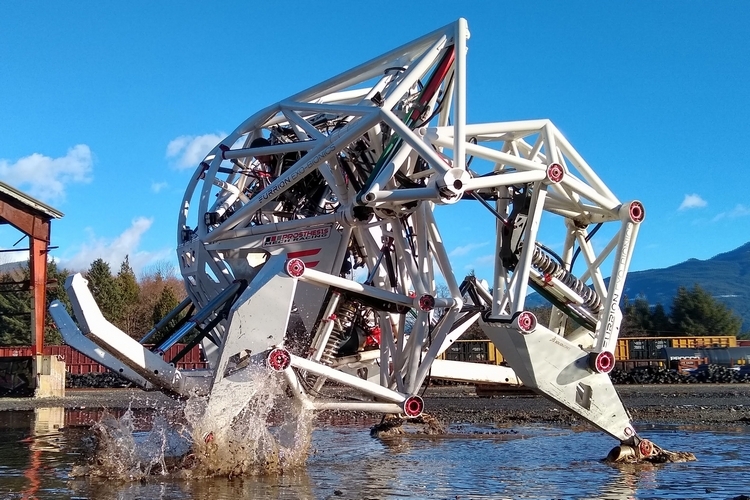 You don’t need to be a special specimen to qualify for the Alpha Mech Pilot program, by the way. In fact, all they require is a basic level of fitness, which they define as being capable of climbing a 13-foot tall jungle gym and doing five push-ups. Also you must be between 5’4” and 6’3” in height and weigh no more than 225 pounds, since those are the limits of what the cabin will be able to accommodate. Seriously, that’s a whole lot of people that can qualify to operate this thing.

A Kickstarter campaign is currently running for the Prosthesis Alpha Mech Pilot program. Pledges to reserve a training spot start at CAD $2,500.