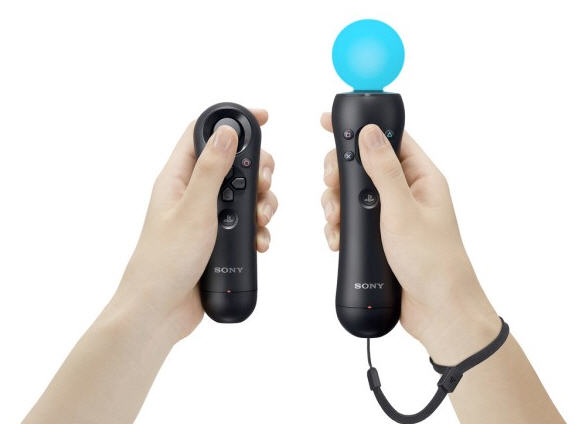 We knew a motion controller for PS3 was coming and now it’s here. Sony has officially announced the Playstation Move, a 3D controller for the PS3 they are billing as the “next generation of motion gaming.”

According to the company, the device is particularly precise to the point that it becomes an “extension of your body,” with latency along the same lines as the DualShock 3. More than just a peripheral for casual gamers, though, Sony is gearing the controller to be used on titles intended for hardcore gamers too. During the GDC demo, in fact, they showed it utilized for a variety of RPG and action titles, such as SOCOM4. 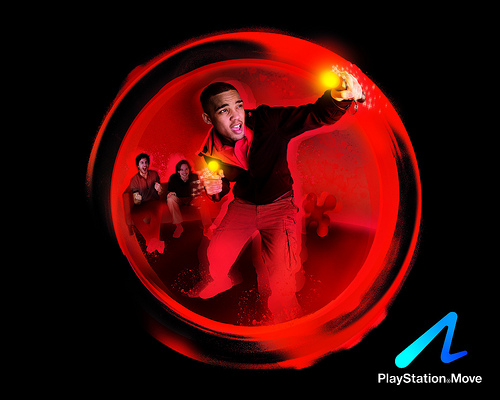 The Playstation Move hardware consists of a main motion controller, a sub-controller and a PS Eye camera. Designed for handling with one hand, the main controller comes with a slew of motion sensors, including a three-axis gyroscope, a three-axis accelerometer and a terrestrial magnetic field sensor. A large color-changing sphere sits on top of the device, which is tracked by the PS Eye camera to help determine player position. The sub-controller doesn’t come with sensors, but features an analog stick and directional buttons for added game controls (which should come especially handy for shooters). Apart from aiding in-game control, the camera can also be used the capture the player’s voice and image.

People who saw Sony’s demos say the company isn’t kidding with the precise part – the controller performed impressively, They’re supposed to be treating this like a major console launch too, which means tons of marketing leading up to the Fall release. No word on official pricing yet, although they’re targeting it to come in at under $100.