PullClean Just Put A Sanitizer Dispenser On Your Door Handle, So You Have No Excuse Not To Clean Your Dirty Hands 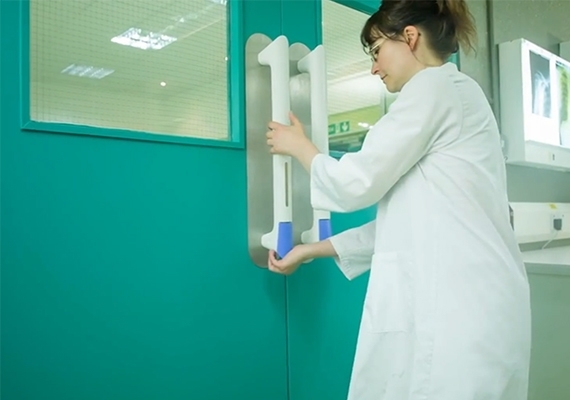 Hospitals always creeped me out when I was a kid.  I imagined it teeming with all manners of viruses and contaminants.  Turns out, my childhood concerns weren’t exactly misguided, as Hospital Acquired Infection (HAI), the term for receiving infections from the hospital itself, is actually a very real problem.  While nothing beats the vigilance of hospital staff and a proper infection control system in place, a new product called PullClean seeks to eliminate some of the dangers.

A door handle with a built-in hand sanitizer, it’s designed to give healthcare workers a quick and easy facility for cleaning their hands.  But, aren’t these people the ones who keep telling us to wash our hands with soap?  Yes, but, apparently, they’re just human, too.  PullClean, in fact, cites a 2010 study which found that only 48 percent of nurses and 32 percent of doctors actually sanitized their hands every time they were supposed to.  Yes, even doctors can be gross, just like you and me. 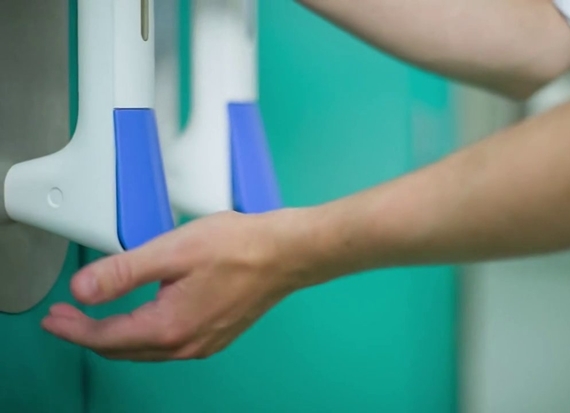 PullClean looks and installs no differently than existing door pulls you’ll find installed in latch-free hospital doors around the world.  Unlike them, however, it comes with a dispenser at the bottom, which you can press to draw up some hand sanitizer solution.  It also gets some basic monitoring hardware that allows it to track sanitizing rates (so it can give feedback on whether a hospital’s employees are actually using the sanitizer or just ignoring it) and solution levels, as well as alert you when the cartridge needs to be changed.

Of course, doctors, nurses, and everybody else will still need to voluntarily sanitize their hands.  Since this is right at the door, though, it should serve as a constant reminder that doesn’t require a lot of extra effort on their part (no need to detour to the wash room or look for a bottle of hand sanitizer), giving everyone in the hospital a convenient dispenser they can use to quickly clean up.

Set for availability at the end of the year, PullClean will retail for $200.