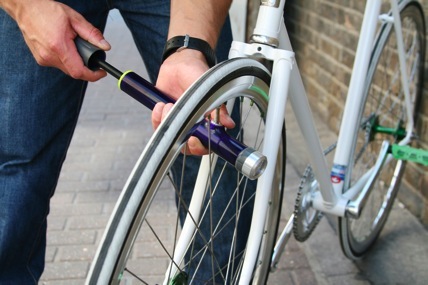 Strapping a lamp on your bike and carrying a tire pump isn’t much of an inconvenience for most bicycle riders. Any time you can carry one less thing, though, it just adds to better streamlining your gear. You can do just that with the PUYL, a frame-mounted bicycle lamp that also doubles as a detachable air pump.

A winner of the 2009 Eurobike Industry Award, the contraption puts a functional headlight right on top of a regular-looking hand pump. That way, you can mount it on the top part of your frame and get yourself some on-road illumination without installing another extra accessory. 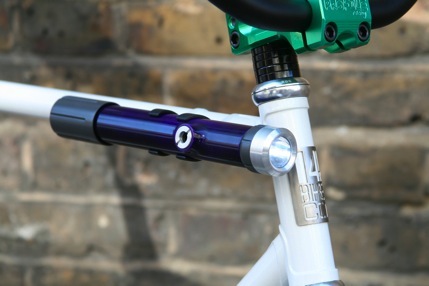 Unlike conventional bicycle lights, PUYL’s is powered entirely using electromagnetic induction. Electricity is generated every time you use the pump, making the act of refilling your tires with air doubly useful. All the juice is stored on the device’s built-in battery, which you can quickly replenish by simply going through the pumping motions.

Designed by Kai Malte Roever, only a design prototype appears to have been made so far. It’s quite the clever contraption, though, so a production piece shouldn’t be too tough of a sell. At the least, it would make for a great backup headlight in case your main one conks out.