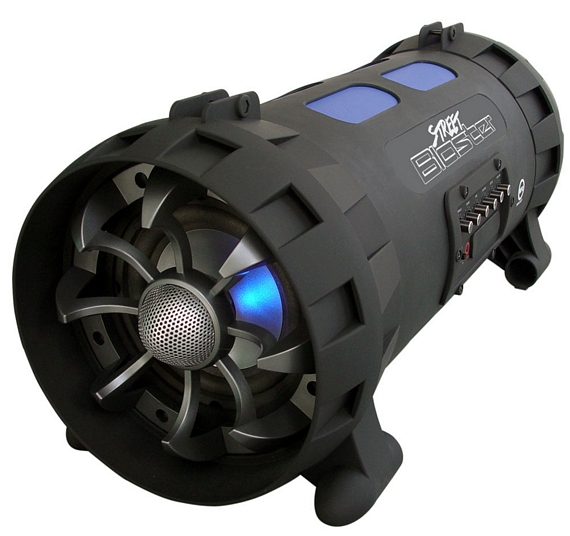 While the Pyle Street Blaster is nothing more than a portable boombox, it looks like a weapon straight out of a comic book movie. You know, the kind that shoots out lightning bolts, freeze blasts, and death rays, while being carried by an egotistical megalomaniac bent on conquering the world. Bring it along to your next street dance battle and intimidate the heck out of every breakdancer who dares challenge your dominance on the floor.

Built for the urban landscape, the cannon-shaped boombox is tough, rugged, and highly portable. And while it won’t blast streams of weaponized fireballs down anyone’s way, it will pump out explosive jams “with maximum bass performance and full-ranged sound,” providing all the necessary auditory accompaniment as you bust into a breakdance routine in the middle of a crowded cafeteria for no reason whatsoever. 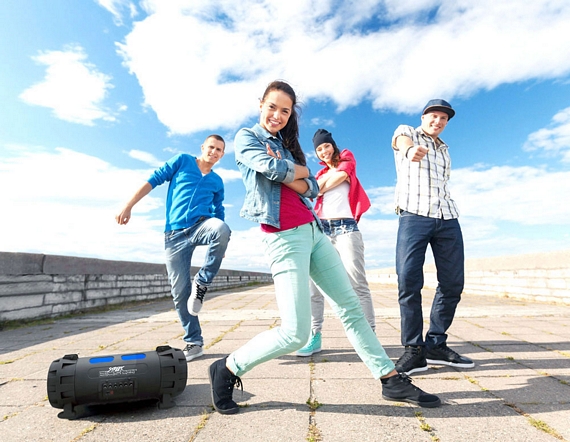 The Pyle Street Blaster is a 1,000-watt full-range stereo speaker with a built-in digital amplifier and strobing LED lights that add a visual element to the throbbing beats blasting out of it. It comes with a bevy of inputs (3.5mm, mic, guitar, AUX), as as well as support for both Bluetooth streaming and NFC one-tap pairing. Dimensions are 24.5 x 10 x 10 inches (w x h x d), with a weight of 21.7 pounds, so it can totally pass off as a weaponized futuristic cannon of sorts. It comes with an onboard rechargeable battery.

Available directly from Pyle Audio, the Street Blaster retails for $249.99.