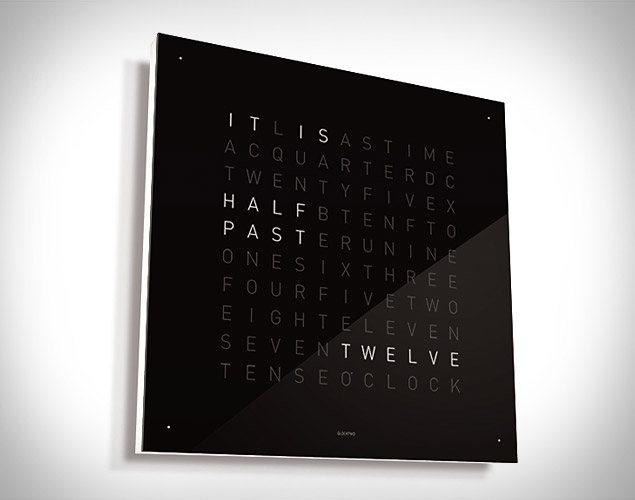 Want a clock with something new to offer, but doesn’t cross the line into being absolutely unreadable?  Break away from the clutches of conventional digital and analog timepieces with the Qlocktwo, which uses common phrases across a square board to stylishly tell time.

Unplugged, it looks like a decorative wall piece, consisting of a single-colored canvas with lines of letters written across it.  Plug in to a 220v outlet, however, and some of the letters begin to light up, forming phrases that tell you the current time,  such as “It is half past eight,” “Nine o’ clock” and “It is ten to five.” 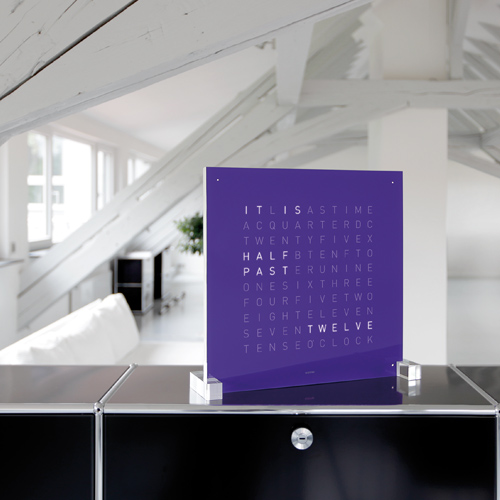 The Qlocktwo uses a square wooden body measuring 450 x 450 mm, with the front surface made from either satin stainless steel or polished acrylic glass that’s held up by eight magnets.  An array of LEDs installed inside the panel turns on and off, depending on the time, allowing specific letters to light up and form the words.  It features an onboard time mechanism to set itself to the exact second and ambient lighting sensor to adjust the intensity of the lights. 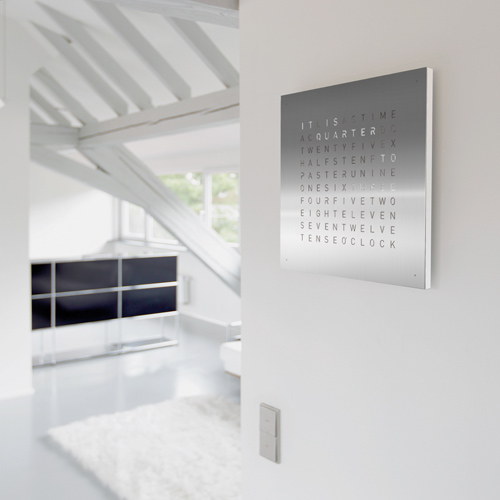 Designed for both walls and tabletops, it comes with its own mounting fixture for hanging and an acrylic glass container for standing upright.  The time-telling front panel comes in six different colors, with 15 different languages to choose from.

Most alternative clock implementations look like they were conceived either on an acid trip or a Star Trek fan convention.  That’s why the elegantly unusual Qlocktwo is some kind of special.  Price is quite steep, though, at €885 (around $1,100).