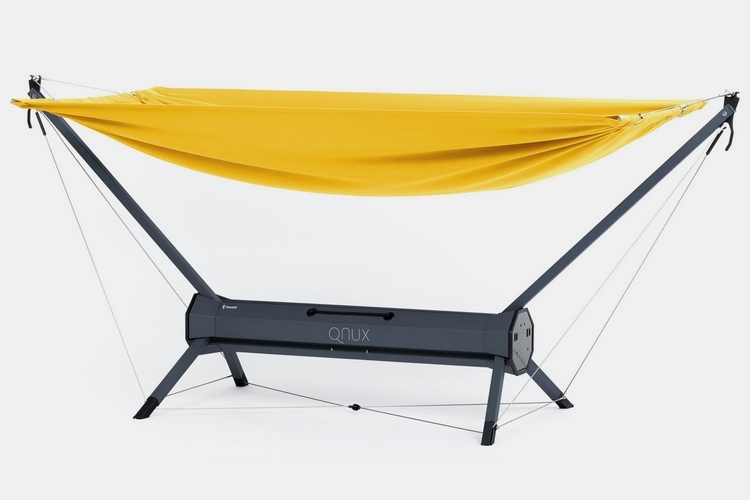 We’ve seen a number of standalone hammock stands that you can use to hang your hammock when there are no trees, poles, or similar hanging structures in sight. It’s a nice thing to have when you’re car camping, since it gives you a way to enjoy the comforts of a hammock, regardless of where you decide to make camp. The QNUX does the same thing, but makes setup even easier by integrating the hammock directly into the stand.

Unlike other hammock stands, this doesn’t require you to put together multiple poles to assemble, as it uses fold-out arms and legs that will let you get the whole thing ready in just a few seconds. Even better, it comes with its own hammock that’s designed to work specifically with the stand, so setting it up simply means hooking up the ends of the hammock to one arm each. Once that’s done, you’re ready to start lounging on a suspended bed while rocking gently from side to side. Basically, getting a hammock set up at camp doesn’t get any easier than this. 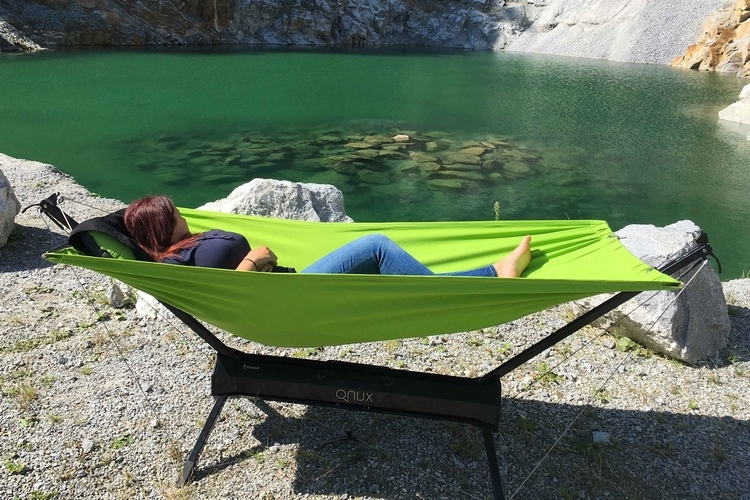 The QNUX consists of an octagonal tube that measures 43.3 x 7.9 inches (length x diameter) when collapsed, making it easy to stash in the boot of a car during transport. Once you’ve set up camp, simply find where you want to lay down your hammock and take the tube there. To set up, simply fold out the four legs and lay it down on the ground, then fold out the two long arms. From there, take the steel cable inside the tube and guide it through the various slots and hooks on the feet and arms, then take out the hammock from inside the tube and secure the loops on each end to the hooks on the arms. That’s it, your hammock is ready. 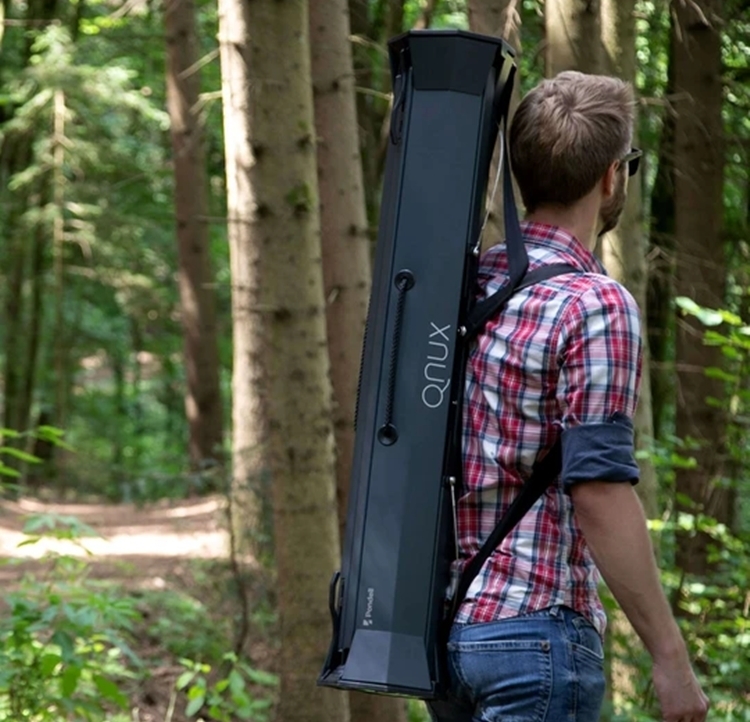 According to the outfit, the steel cable provides the necessary tensioning to support the full weight of whoever’s lounging in the hammock, allowing it to stay stable, regardless of how much you move in the hammock. And yes, these things seem sturdy, as the whole rig will supposedly support weights of up to 400 pounds, so you don’t have to worry about the arms or legs giving out at any time. Heck, even a bear can probablyget on your hammock and relax the day away. 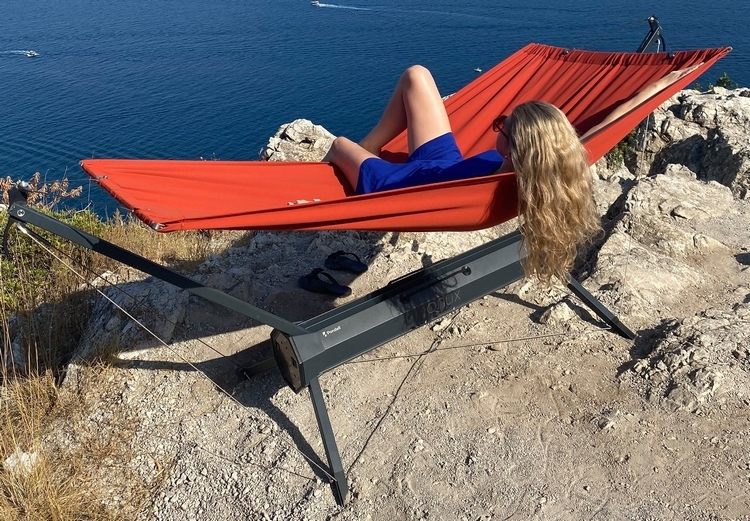 The QNUX has a body made from ultralight aluminum and weighs just 19 pounds when closed up, allowing you to easily take it out of the car for carrying into wherever you’re setting up. Want to carry it a little further, like a lake a short hike away from camp? Not a problem, as it they offer optional detachable straps that let you carry it like a backpack, so you can set up a hammock anywhere you want without much hassle. Other optional elements include an inflatable neck pillow and a sunshield that can be mounted on the stand, both of which will fit inside the tube’s compartment during collapse.

A Kickstarter campaign is currently running for the QNUX. You can reserve a unit for pledges starting at €299.