Fly Above The Water In This Unsinkable, All-Electric Quadrofoil 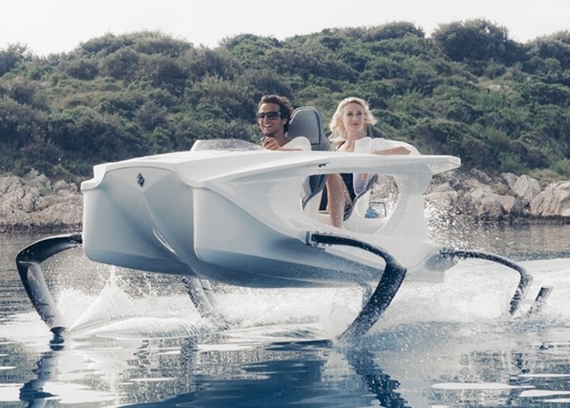 Boats don’t have legs because they don’t need legs to float in water.   This Quadrofoil, apparently, didn’t get the memo, with four stems propping the hull half a foot above the water surface.

Unfortunately, those legs won’t allow the boat to walk, kick, or jump like normal legs would.  That’s because they aren’t actually legs, but hydrofoils, the wing-like structures some boats use to reduce drag to a point where you’re almost flying over the water, leading to an increase in overall speed, fuel consumption, and energy efficiency. 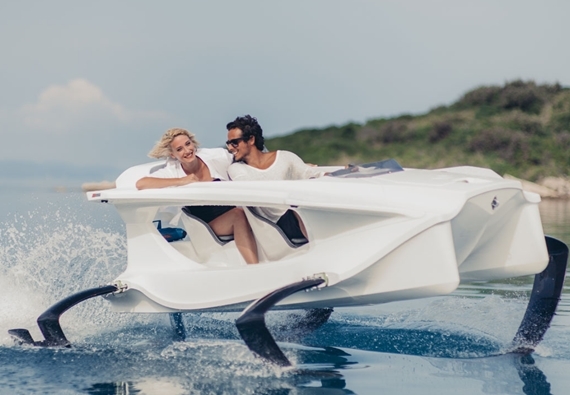 The Quadrofoil is a two-person personal watercraft (PWC) that can be driven in any bodies of water with a minimum depth of 3.3 feet.  It boasts a patented foil-based steering system (all foils turn simultaneously) that makes it more responsive on water, compared to conventional hydrofoil boats.  That same steering system also doubles as a stabilization system, rendering the boat, practically, impossible to tilt and unusually difficult to sink (unless, of course, it gets attacked by a torpedo boat or Godzilla, at which point, all bets are off).  Powered by an electric outboard motor, it can hit top speeds of 21 knots (25 mph), with the onboard battery keeping it running for up to 54 nautical miles before requiring a recharge (two hours from empty to full charge on a wall outlet). 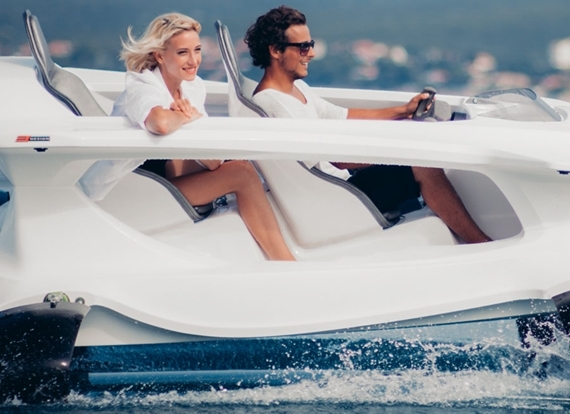 It comes with an anti-collision system that absorbs the impact to minimize its effect on the occupants, with foils that release from position when grounded to prevent further damage.   Driving should be easy, too, with nothing but a steering wheel to operate and an informative cockpit display that lets you know the remaining battery range at all times.

Now available for preorder, the Quadrofoil is priced starting at $28,000.