Quadski XL: The Half-Jetski, Half-Quadcycle Can Now Ride Two People At A Time 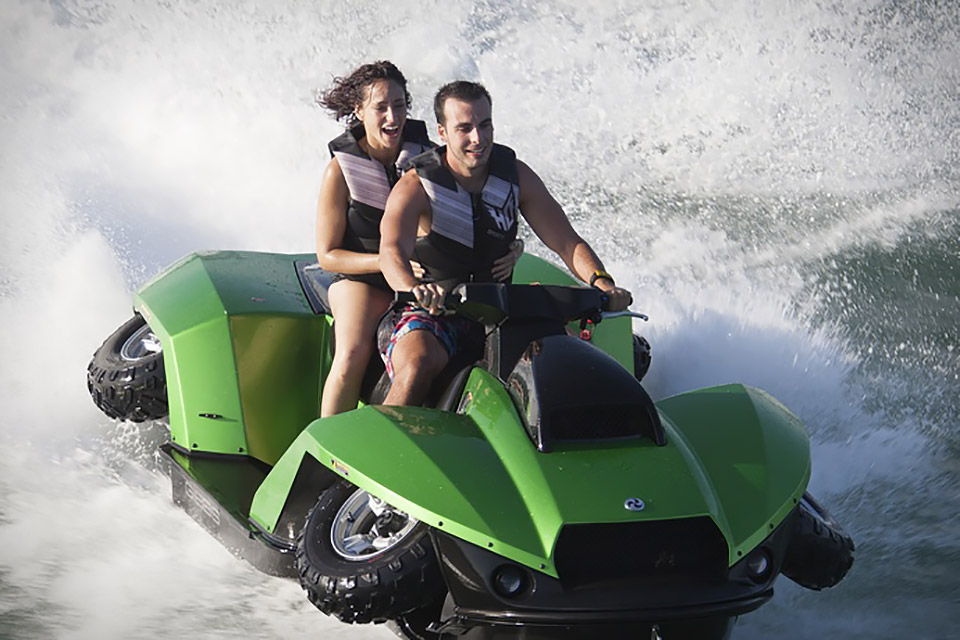 We’re huge fans of the Quadski and its double-duty talents, ripping through bodies of water as capably as it does on rugged terrains.  Except it only had enough space to sit one, which ruled out meeting a girl at the beach and spending the day impressing her with your amphibious driving skills.  Not the case with the new Quadski XL, a two-seater version of the versatile recreational ride.

Like its single-seat brother, the vehicle can transform from ATV to watercraft at the push of a button, letting you transfer from land to water and vice versa in under five seconds.  Despite being a bit larger than the non-XL version (overall length and wheelbase grew by 11.8 inches), it can hit the same speeds, topping out at 45mph on both land and water. 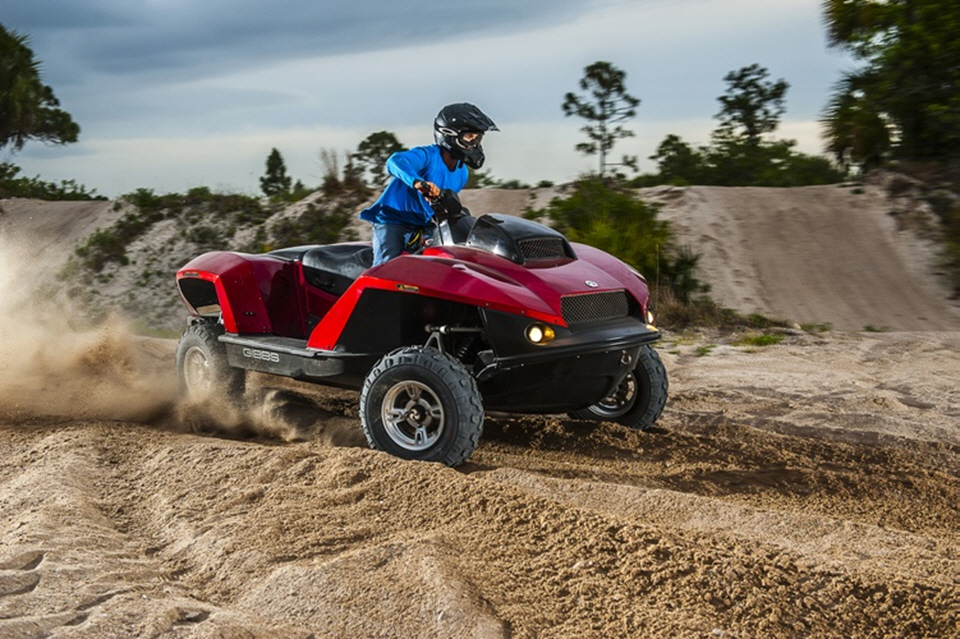 The Quadski XL is powered by a BMW Motorrad K1300cc 4-stroke engine that puts out 140 hp and 87 ft-lbs of torque.  It uses Gibbs’ proprietary jet drive for water propulsion, along with independent coil spring suspension and disc brakes on all four wheels for land travel.  Features include a monocoque dual skin composite hull, a stainless steel five-blade impeller, and a ground clearance of 8.6 inches.  It weighs 1,437 pounds. 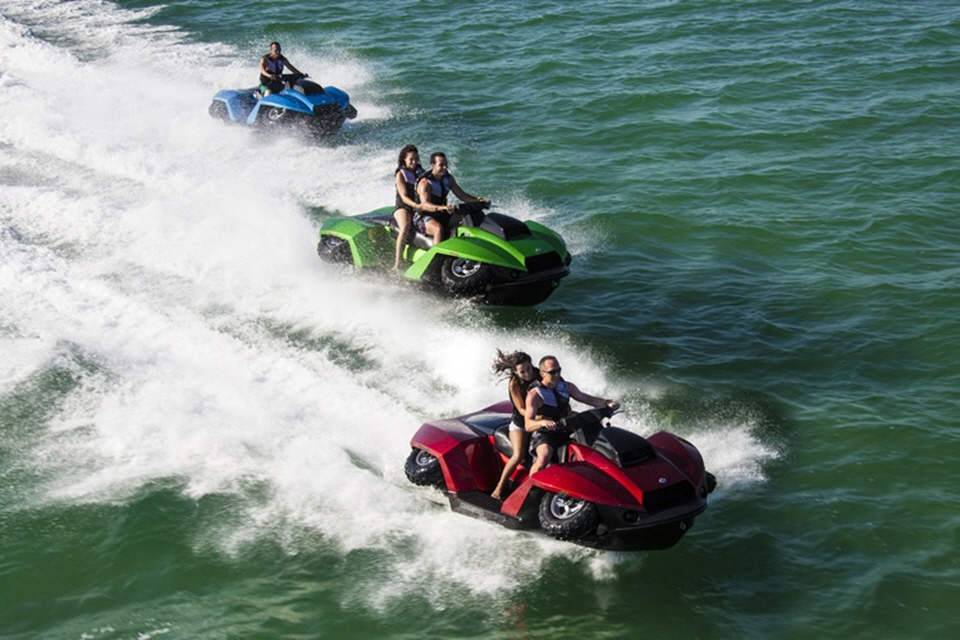 Priced starting at $47,650, the Quadski XL isn’t that much more expensive compared to jetskis, all while letting you explore both the water and nearby islands on the exact same vehicle.  It’s available now.