Quiet Punch Turns Any Doorway Into A Functional Boxing Gym 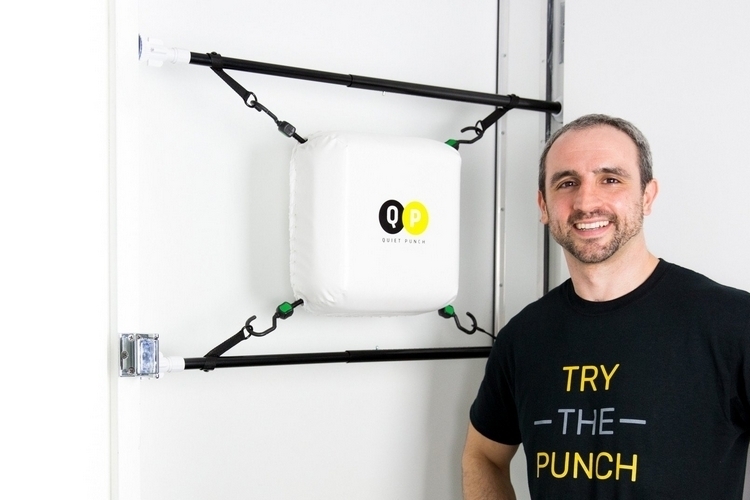 We know, it sounds like a mystical fighting technique not unlike that silly glowing hand from the dork on The Defenders. The Quiet Punch, however, is a home gym equipment that lets you practice your hooks, jabs, and crosses without needing to install a large and heavy bag.

Instead of a long, cylindrical bag that hangs from the ceiling, the rig comes in a square shape that resembles the throw pillows you have strewn all over the couch. It’s designed to install temporarily on doorways similar to suspension trainers and pull-up bars, so you don’t have to figure out how to hang it from the ceiling either. Simply put, it gives you the ability to train your boxing skills at home without having to put up with the usual hassles of dealing with a traditional heavy bag. 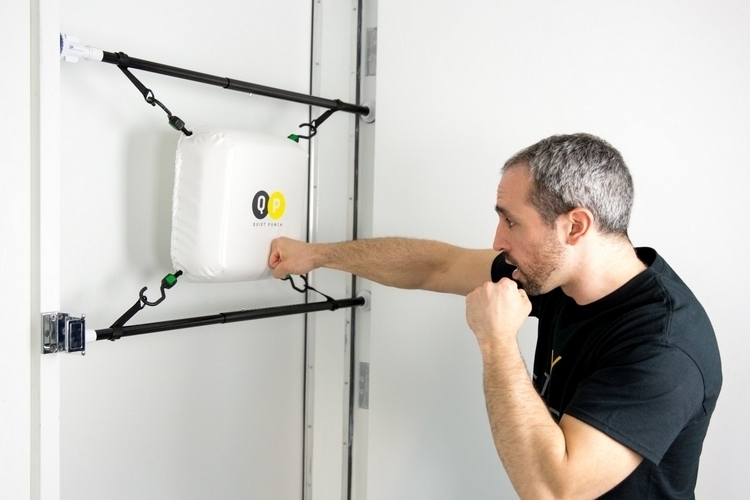 The Quiet Punch consists of the square punching bag, resistance bands that hold it in place, and two telescoping bars that anchor the whole assembly to the doorway. When you throw a punch, the bag snaps back like your head did that one time in grade school you had a fist fight in the playground, but quickly returns to position courtesy of the resistance provided by the bands. As such, it’s immediately back in place, ready to take the rest of your multi-punch combo.

Instead of being filled with sand like traditional heavy bags, the square bag you’re punching here contains a mix of plastic, open-cell foam, and closed-cell foam layers. According to the outfit, they experimented with different types of layering, eventually settling on a combination that provided durable performance while creating minimal noise. The bag is quite thick, by the way, so you’re not restricted to jabs, straights, and crosses, as there’s enough punching surface that you can uppercut the bottom and throw hooks on the sides without any problems. 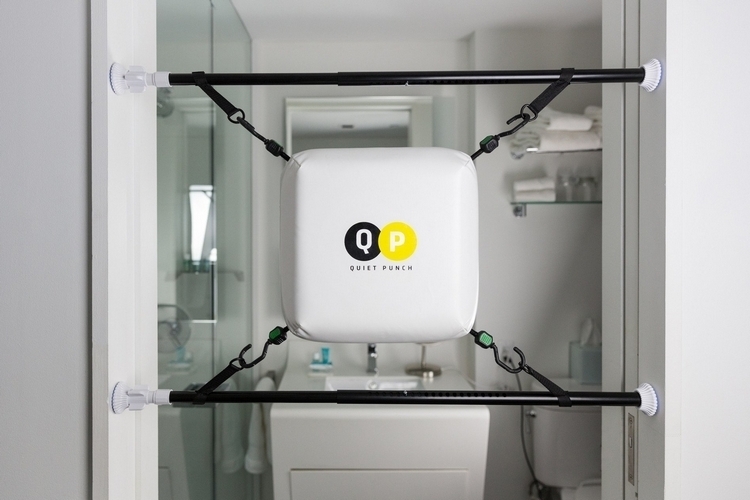 The Quiet Ounch can fit any doorways between 28 and 36 inches in width, so it should be perfectly compatible with most doorways in homes, apartments, and hotels around the world. Yes, we said hotels, as the darn thing is designed for portable use, too, since the punching bag and the two bars should be able to squeeze in most luggage, along with the rest of your clothes and supplies. 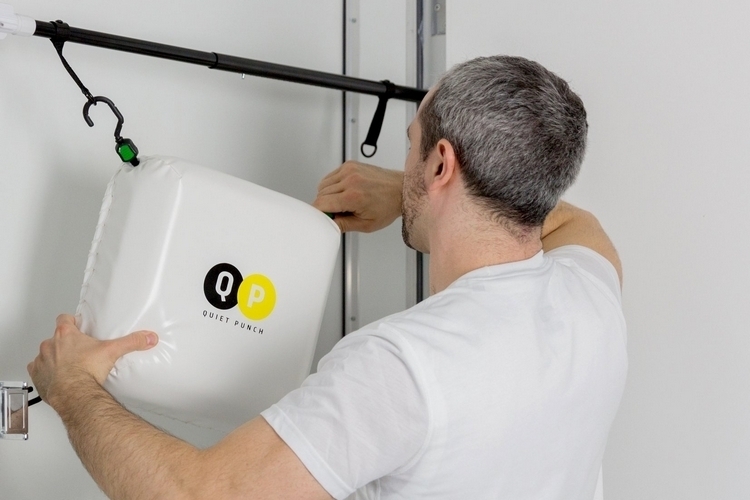 Since it’s filled with foam rather than sand, the bag is supposedly safe to use with bare knuckles. Do note, we’d probably wear hand wraps at a minimum just to avoid leaving marks on your fist and making your co-workers suspect you spend your free time in a Fight Club somewhere.  It comes with an app (iOS and Android), by the way, that contains a variety of workout routines, which you can follow if you prefer a more structured workout instead of simply throwing hands at the darn thing. And, yes, the set includes a phone clip that will allow you to hang your phone right underneath the bottom bar so you can see the instructions the entire time.

Slated to ship in the second week of December, the Quiet Punch is now available for preorder, priced at $119.