Use The Quirkbot To Make Animated Robots Using Drinking Straws 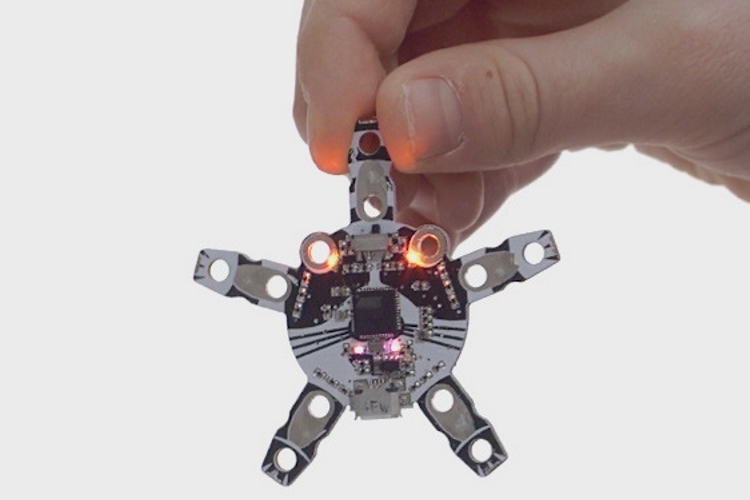 One of the more impressive Kickstarter toy projects from last year, Strawbees allowed kids to build a variety of original structures using only straws, cardboards, and their cleverly-designed plastic connectors. Now that the construction toy is an established product in the market, an aftermarket add-on called Quirkbot is offering a way to electronically animate those creations.

Just like Mindstorm does for LEGO, the device allows you to bring erstwhile stationary Strawbees robots to life. Just build your straw-frame robot using plastic connectors, throw on some servos at strategic joints, connect them to the Quirkbot, and get that robot moving. 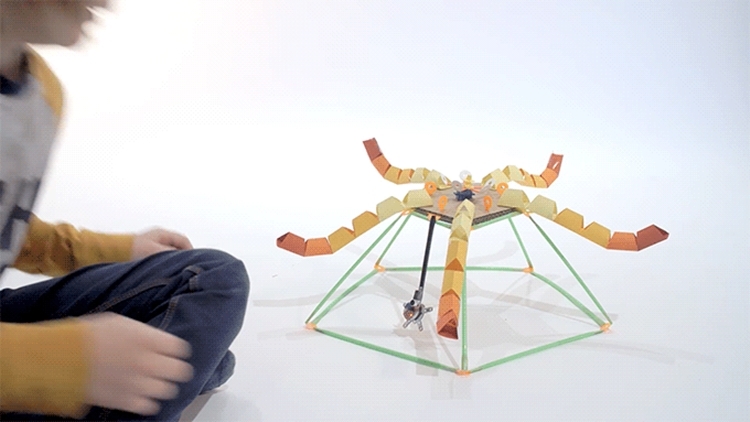 The Quirkbot is actually an 8MHz microcontroller (Arduino-compatible bootloader) in a shape that resembles a star, with five protruding limbs that you can connect to sensors, servos, speakers, LEDs and other electronic components. Unlike typical microcontrollers, it requires no soldering, as the components are meant to simply “squeeze” onto the limbs to connect them to the system. Those same limbs, by the way, are designed to fit inside ordinary drinking straws, so you can easily integrate the controller as part of your “straw-frame” creations. 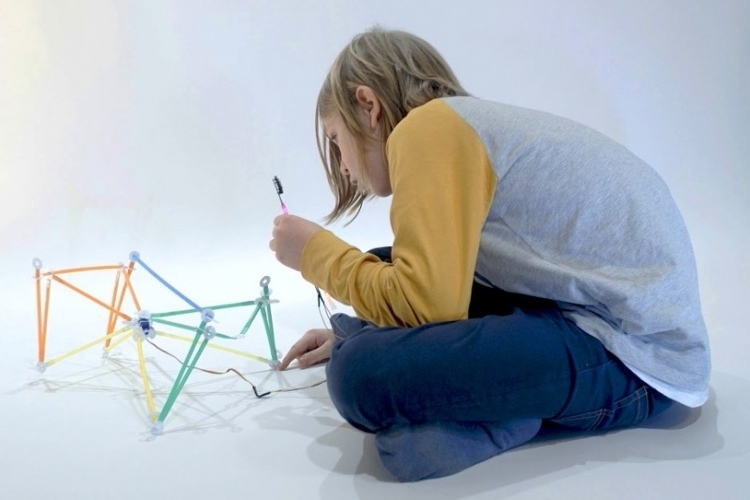 If you’re not quite up to tinkering with that much electronics on your own, they’re also selling “backpacks” that you can simply stick behind the controller, which immediately adds other hardware (e.g. motors, speaker, MIDI) to the mix. Like many DIY robot toys, of course, this requires some programming. Fortunately, it comes bundled with a drag-and-drop-based software that they believe even kids as young as 10 can easily handle.

A Kickstarter campaign is currently running to fund Quirkbot. Pledges to reserve a unit starts at $55.