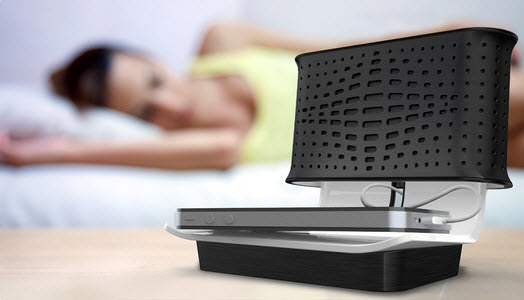 Tired of speaker docks that look like…uhm…speaker docks?  Here’s a little something from the crowdsourced confines of Quirky that you might find less trite: the Perch.

Instead of having the speakers integrated into the dock, they designed it as a two-part product: a separate dock and a separate speaker.  The dock features a chair-shaped white plastic stand, a black rubber rim for stability and an anodized metal bottom, while the speaker takes on an unusual form factor that looks like a rigid armband. 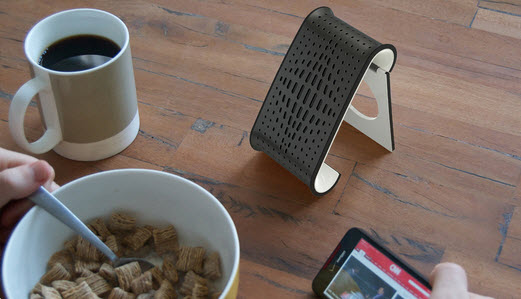 When used with the dock, the Perch’s slim-panel speaker can be wrapped around the stand’s backboard and held in place by magnets.  For portable use, you can simply pull it off, fold out the built-in kickstand and set it on top of a table.  Tunes can be piped to the unit over Bluetooth, so it should work with any Bluetooth-equipped phone or music player.

The speaker has a rechargeable battery onboard, while the dock draws power from a wall outlet or a standard USB port.  Instead of a device-limiting dock connector, the assembly includes a number of cabled connectors for powering a variety of devices, which you can rest on the tray while charging.  It comes with an integrated mic for making phone calls, as well as a built-in digital clock with alarm for keeping by your bedside.

As with other Quirky creations, the Perch ($200) won’t go into production until a minimum amount of orders has been placed.  In this case, they’re waiting for 1,600 people, with a $20 discount for those who reserve.