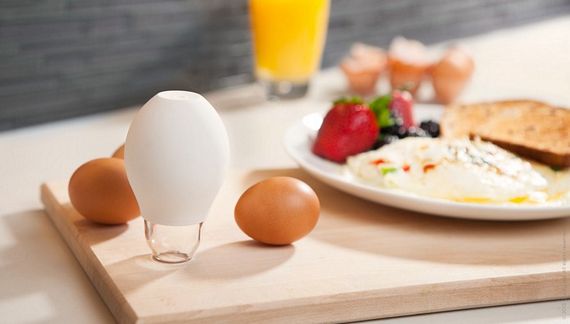 Eggs are awesome.  They’re low in calories, while being high in proteins and fat.  Problem is, all that fat can be bad for you (at least, that’s what the experts say and you believe them because they’re experts, darn it), so you spend every morning sorting out the egg whites from the yolk.  And it’s not a fun chore.  The Quirky Pluck is a kitchen contraption designed to make that easier.

A single purpose gadget, the sole meaning of its existence lies in its ability to suck the yolk out of a cracked egg and then dump it wherever you want.  Whether that’s straight to another bowl, down the trash or right on your sister’s backpack (because you’re 14 and immature), it gets the job done in a jiffy. 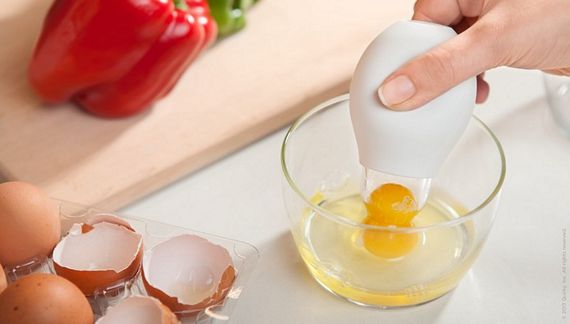 To use, simply crack the eggs into your Crackpot Bowl.  When you suddenly remember you don’t want to eat the yolks, simply take the Pluck and lay its nozzle directly over one of the yolks floating around.  Then, squeeze the silicone chamber and watch it suck that round mass of protein and fat out of the gooey mess.  Dispose of the yolk by squeezing the chamber again and move on to the next yolk ad infinitum. 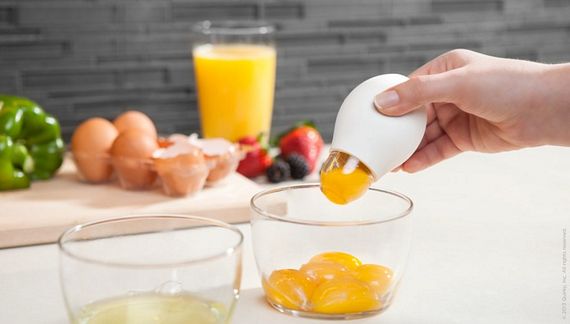 Measuring 54 x 100 mm, the kitchen tool actually looks like an oversized egg sitting on a shot glass.  It uses two components, the squeeze chamber made from textured silicone and the nozzle made of plastic, which can be separated for easier cleaning (it’s dishwasher-friendly).

Granted you can use an empty water bottle to separate egg whites from yolks also, this is just a classier way to do the same.