Qumarion Is A Toy Mannequin For Automatically Animating 3D Models 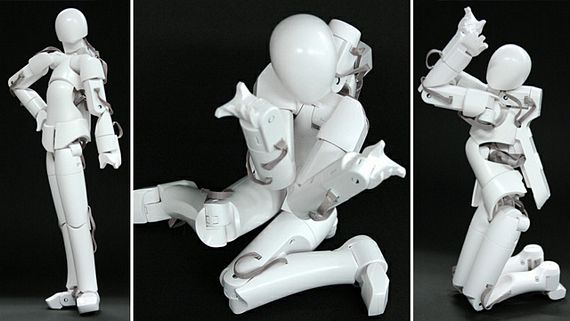 Creating a 3D model is hard enough.  Animating them takes the skill required a whole other level.  The Qumarion Humanoid Input Device aims to simplify the process, allowing animators to simply move a humanoid model to register a movement on the computer.

Made by Celsys, it’s a miniature articulated mannequin that you can position in various poses.  While similar contraptions have been available in the past, most mannequins have served to act as reference for artists — something they can copy while creating 3D models on Maya, 3DS Max or whatever other software they use these days.  This one, however, automatically registers position on your PC, so your 3D models are posed accordingly with no extra inputs on your part. 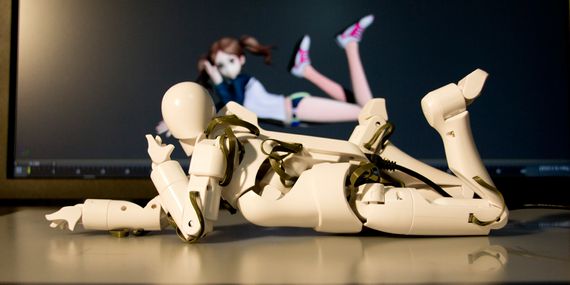 The Qumarion measures 29 x 30.8 x 10.8 cm with arms and legs fully stretched, so it’s small enough to fit even in space-starved workstations.  It works with both Macs and PCs, connecting to your computer via a USB interface.  Using technology developed by the University of Tsukuba and the University of Electro-Communications in Japan, it uses 32 sensors along the 16 joints on the model to feed data to the software at the rate of 120 frames per second, removing the need to do the poses on the software UI itself. 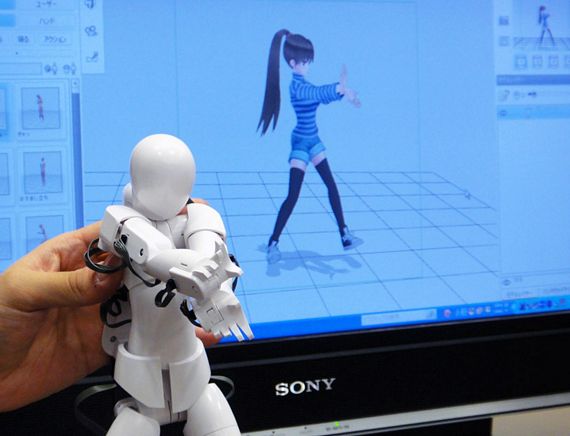 Not being all that versed in 3D animation, I’m not really sure how wide-ranging the applications for this is.  But it sure sounds like a bundle of help for anyone who works in 3D modelling, key frame animation, comic book illustration and similar fields.

We can’t actually figure out how to order (or if any units are available as of now) the Qumarion Humanoid Input Device, but pricing appears to be set at a very reasonable $750.