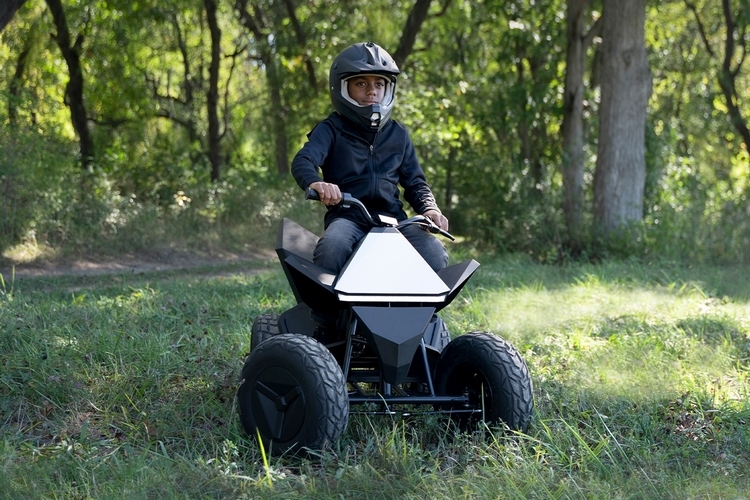 When Tesla unveiled the Cybertruck, they also introduced a similarly-styled ATV that’s designed to fit in the truck bed. And while there are no real details on the off-roader, it’s safe to say it’s going to be the outfit’s electric debut in the growing recreational power sports category. Since you’re not be going to be able to get one of those until the Cybertruck comes along (it’s going to be sold as an option for the truck), maybe your kids can indulge themselves instead with the Radio Flyer Tesla Cyberquad for Kids.

That’s right, the same company that makes those red toy wagons is making a ride-on version of Tesla’s upcoming quad, just like they did with that kiddie Model S from a few years back. Instead of spending the holidays wondering when the Cybertruck will actually start being made, your kid can ride around the neighborhood on an electric ATV that looks like it came straight out of a post-apocalyptic movie set while you play with your Cybertruck RC. 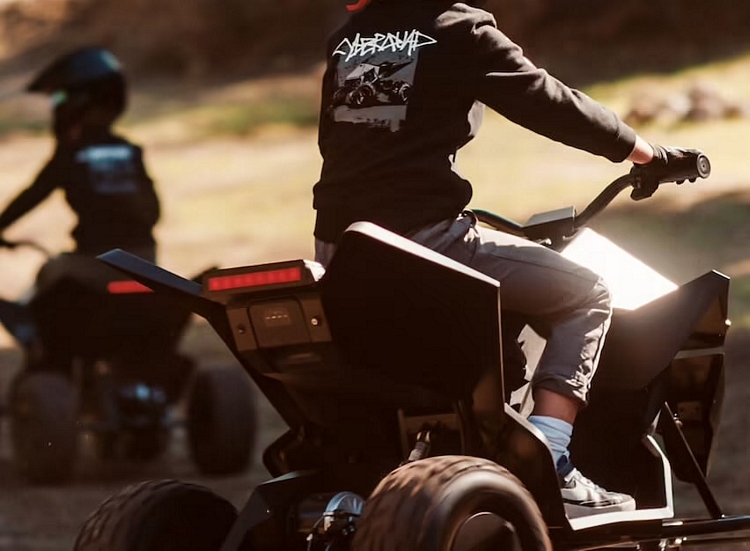 The Radio Flyer Tesla Cyberquad for Kids is a functional replica of the original ATV Tesla showed off during the Cybertruck reveal, albeit in a size that’s more appropriate for kids as young as eight years old. It’s powered by an electric motor hooked up to a lithium-ion battery that holds enough juice to give it a range of up to 15 miles. Granted, it’s designed to run much slower than your typical quad, topping out at just 10 mph, so while it looks like your kids are going to go wild on this thing, plain fact is they’re going to scoot very, very safely, just the way you like it. 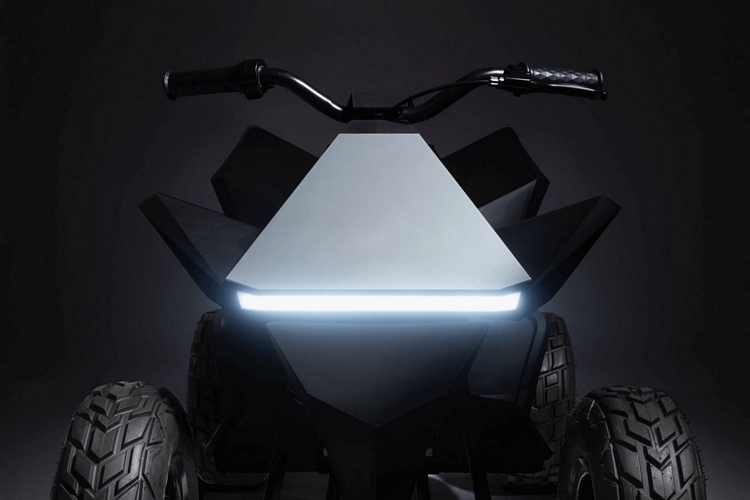 While made for kids, it does have rugged qualities that make it feel like a capable ATV, such as rear disc brakes, a rear shock suspension that you can fine tune to accommodate different rider weights, and chunky treaded tires (16-incher front, 14-incher rear) wrapped around bolted steel hub wheels, a combo that, Radio Flyer claims, should handle most off-road terrains in your suburban neighborhood. It also gets a full steel frame, allowing it to accommodate riders up to 150 pounds, so smaller adults might even be able to get on the saddle and cruise the neighborhood at a blistering 10 mph. 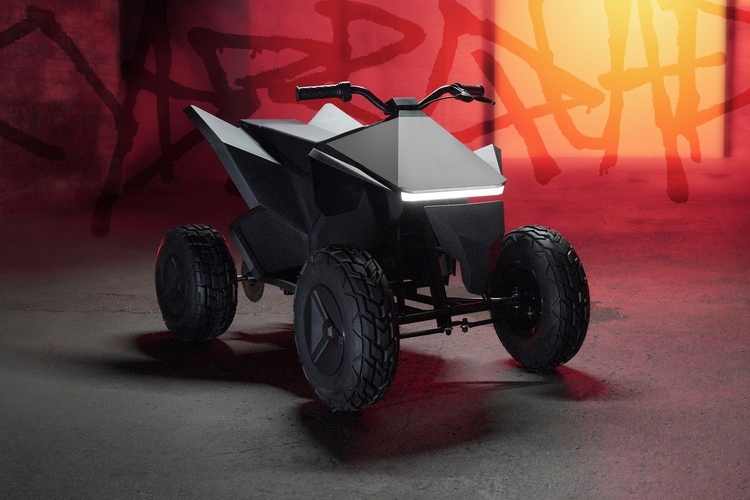 The Radio Flyer Tesla Cyberquad for Kids recreates the same cyberpunk design of the full-fledged quad, from those faceted body panels and angular proportions to the LED light bars and the sporty-looking stance. It has a thumb throttle that allows kids to easily control the speed, while the handlebars promise precision handling across sidewalks, front yards, and parking lots alike. If 10 mph still sounds a bit too fast for some parents, it comes with parental controls that will allow you to limit the ride to 5 mph, although we doubt your kid will be happy when his entire group is leaving him behind because their ride-on is going twice as fast.

The Radio Flyer Tesla Cyberquad for Kids is available now, priced at $1,900.