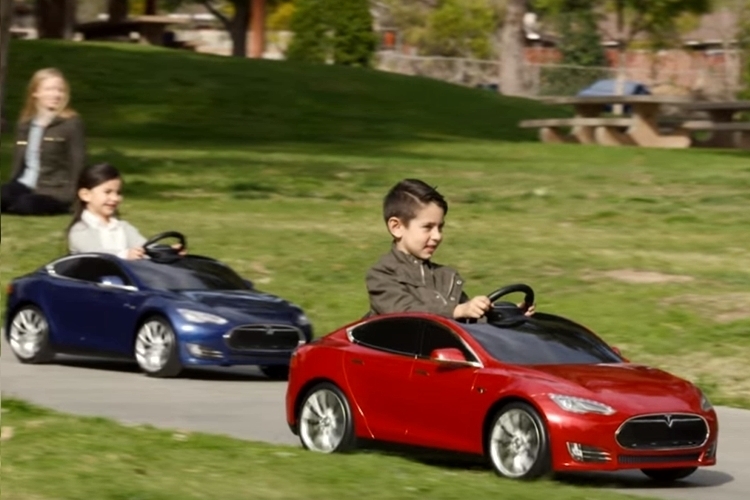 It’s well-established by now that kids love driving as much as grownups do. That’s why we have kiddie cars that drift, kid-sized monster trucks, and even pedal cars that look like dad’s Land Rover. Since there’s a good possibility that majority of new cars will run on electric powertrains a decade or so down the line, Radio Flyer is giving kids an early start with this miniature Tesla Model S ride-on.

A kid-sized version of Tesla’s inaugural model, it’s a near-exact replica of the five-door luxury liftback. Well, except for the fact that the roof’s been shaved off to allow your kid to actually fit inside the cabin. And, yes, it runs on the same battery technology as the original electric car, so your kids can act just as smug about saving the environment as all the annoying Tesla owners you know. Unless, of course, they’re riding next to a pedal-powered car, which easily trumps the mini-Tesla’s eco-friendly card. 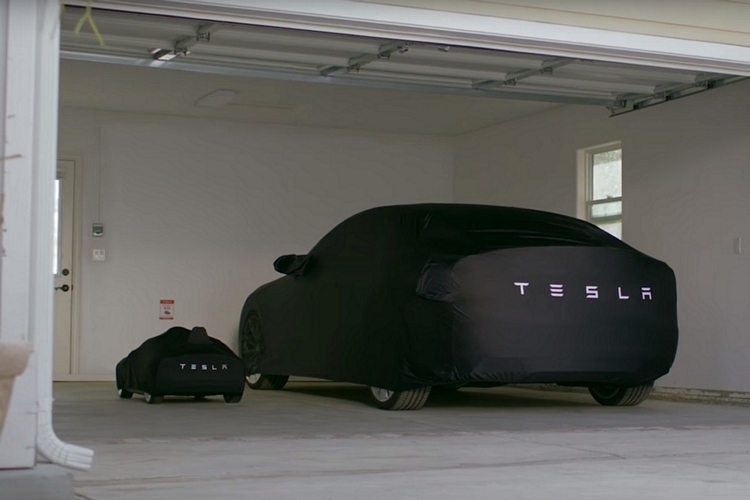 Just like with the actual Tesla, the Radio Flyer Tesla Model S offers plenty of options during purchase, allowing you to pick the paint color, battery size, type of wheel, and more. You can also buy backup batteries that kids can easily swap in whenever their current pack runs out of juice. Kids can drive their Teslas both forwards and reverse (buttons on the dash let them switch easily), with the onboard motor providing it a top speed of 6 mph (parents can electronically limit it to 3 mph if they want). It comes with working headlights, a functional trunk (in front), and onboard speakers. 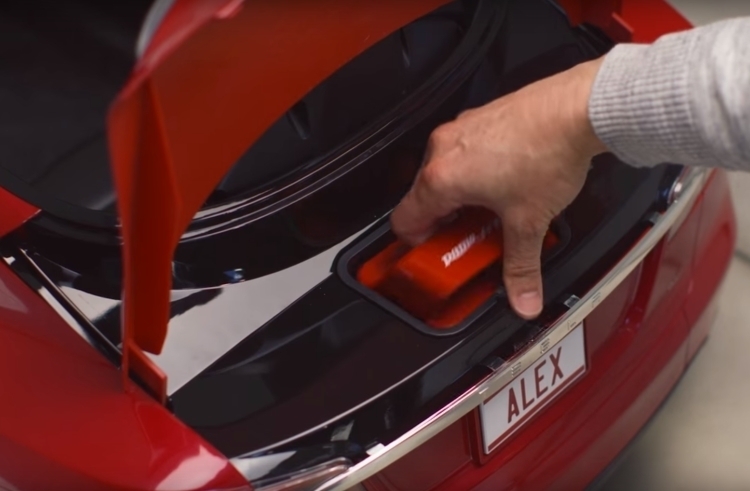