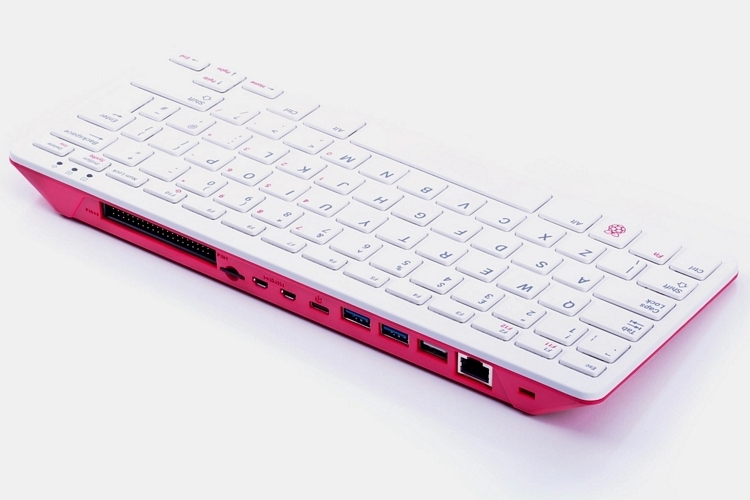 It looks like any ordinary keyboard. You know, the kind you will hook up to your PC, so you can draft that manuscript, type up that code, or move your character around in your favorite video game. Except, the Raspberry Pi 400 is a keyboard that houses a full-fledged computer inside that reasonably slim keyboard enclosure.

That’s right, the outfit that makes that board computer that everyone’s been using to power their own mini-PCs finally built a proper PC of their own. Because… you know… if people have been buying it to make cheap PCs anyway, might as well just give them one.  Better yet, throw in a keyboard to go along with it, so folks can just hook it up to a monitor and start typing away. 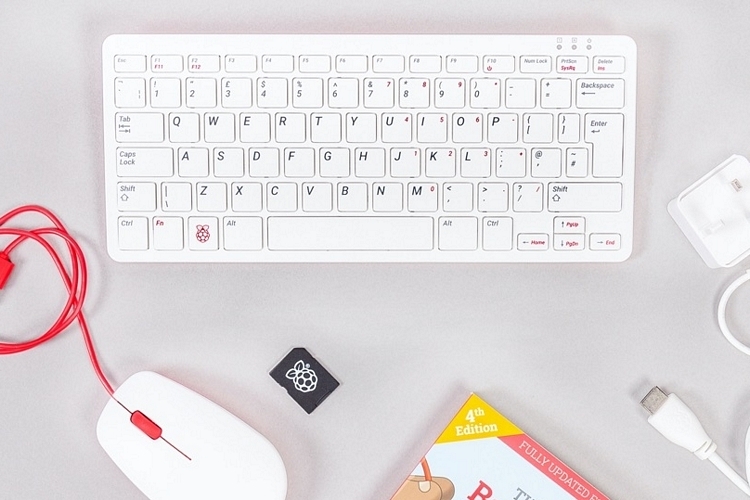 The Raspberry Pi 400 crams the board computer inside a compact keyboard enclosure, which comes with a standard 78-key QWERTY layout and a host of connectors in the back. Designed for plug-and-play use, you can simply hook it up to your peripherals (monitor and mouse), plug it into a power source, and insert your OS-loaded microSD card in the designated slot. From there, just power the darn thing up and it should boot into the preloaded Raspberry Pi OS in the memory card, application which you can start using it like normal. Truth be told, we’re not sure what software comes with the official OS, but we imagine all the basic computing stuff (word processing, web browser, media player, and all that) you can get from a minimalist Linux distribution should be onboard.

It’s powered by a board computer sporting a quad-core Broadcom BCM2711 64-bit system-on-a-chip and 4GB of DDR4 RAM, along with an SD card slot for storage, dual-band WiFi, and Bluetooth 5.1. All the available port connections on the board computer, naturally, remain accessible here, including the Ethernet, three USB ports, and two micro-HDMI ports, so you can use it like a regular desktop (complete with dual displays), along with easy access to the GPIO pins for prototyping your custom projects. 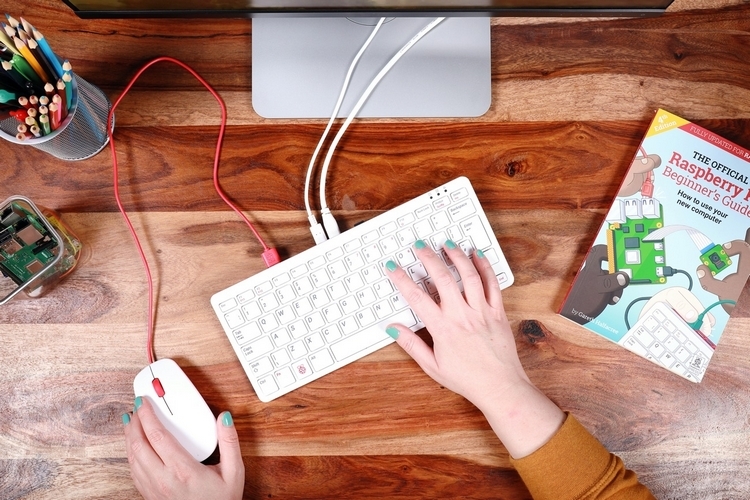 The Raspberry Pi 400 has a built-in heat sink for passive cooling, so the electronics won’t easily overheat even through extended use. Do note, the standard version just comes with the keyboard and all the hardware inside, so you’ll need to provide your own power and accessories. They do offer a full-fledged kit with a localized power supply, a 16GB microSD card with the preloaded OS, and a few other basic items. 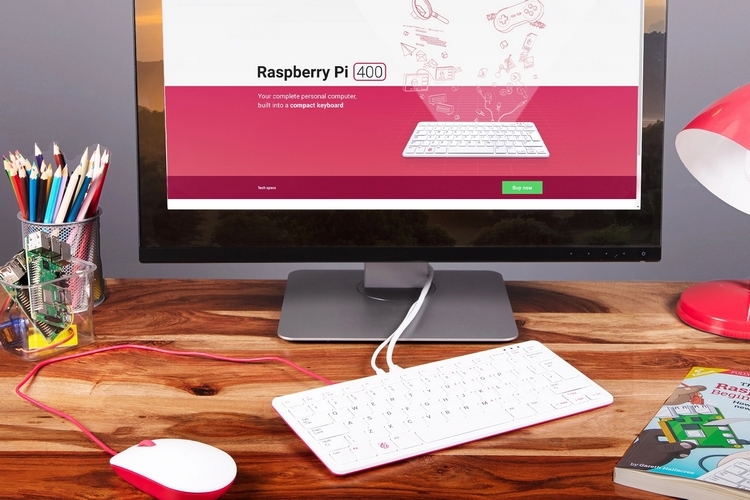 While the device is, of course, quite underpowered for a PC, it should be plenty functional for most productivity tasks, multimedia playback, and even some casual gaming. Basically, if you only need a PC for emails, word processing, spreadsheets, and some web browsing (you know… basic computing stuff), picking up this one gets you what you need while taking up no more space than the compact keyboard you would otherwise hook up to your desktop.

The Raspberry Pi 400 is available now, priced at $70 for just the keyboard and $100 for the complete kit.