Relive The Original Jurassic Park Film With This Awesome Board Game 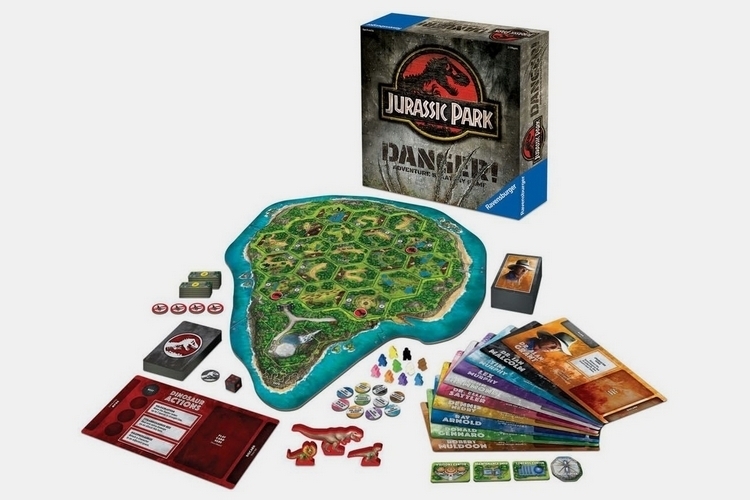 With Jurassic World set to hit theaters in the summer, it’s natural to get a hankering to play with some dinosaurs whenever you have time to kill. If you enjoy bonding with friends and family over board games, we have a feeling Ravensburger’s Jurassic Park Danger will make for an excellent game in the coming season.

No, it’s not a board game tie-in with the new Jurassic World movie. Instead, this is based off the original Jurassic Park film from the 90s, which, apparently, celebrates its 25th anniversary this year. So, yeah, it’s still got dinosaurs terrorizing humans, but with a story based off the original title in the franchise, which, we guess, is great since it won’t spoil anything from the upcoming film. 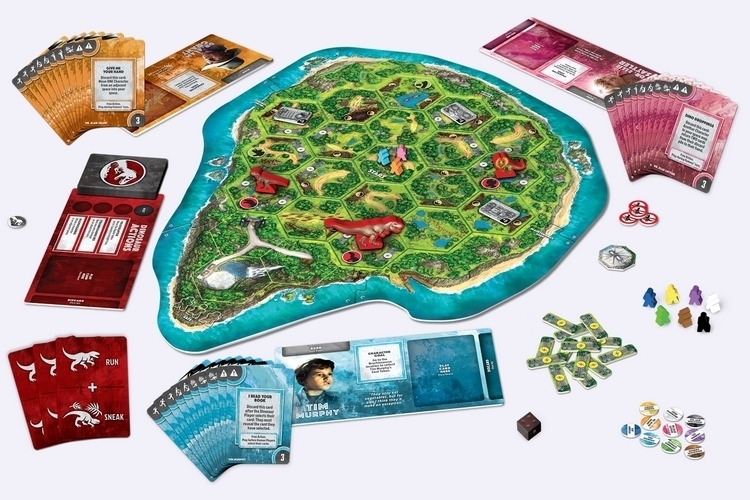 The Ravensburger Jurassic Park Danger puts players in a map of the secluded Isla Nublar, where the dinosaurs have been resurrected and allowed to roam freely. The board’s design is reminiscent of Settlers of Catan, with the park divided into hexagonal regions, so the appearance should be immediately familiar to anyone who’s played either the tabletop or the digital versions of that game. Of course, the gameplay is much different, since the goal here is to merely survive as the ruling species in the island. You know, humans versus dinosaurs and all that.

Two to five players can join in each game, with one playing as the dinosaurs and the others playing the human characters. Three dinosaurs are included in the game, namely a T-rex, a velociraptor, and a dilophosaurus, although they’re only represented as small tokens, rather than detailed figures as we’ve seen with more elaborate board games. Those playing as humans can take on the role of any of 10 characters from the original movie, although we have a feeling everyone will want to play as Ian Malcolm, so good luck with the ensuing chaos of picking your players. Yes, Ian Malcolm is Jeff Goldblum’s character, in case you still can’t quite remember. 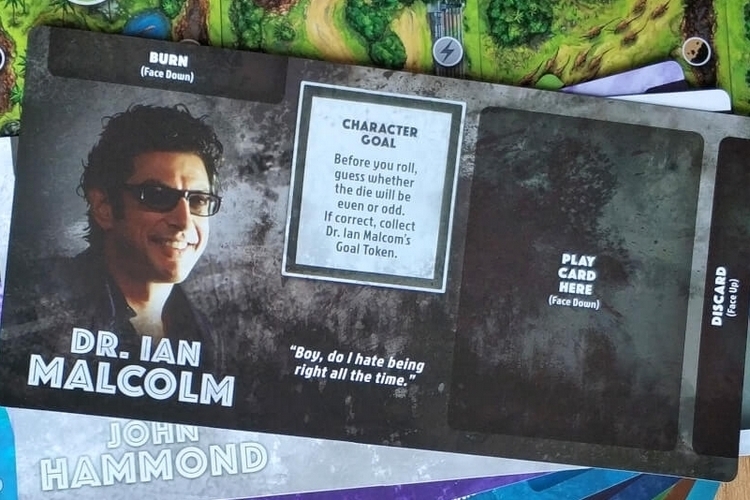 In the Ravensburger Jurassic Park Danger, human players play cooperatively, essentially teaming up in order to avoid the onslaught of the three dinosaurs hunting them down. You can, of course, be the douchebag and use the others as prey, so we guess there’s some fun gameplay that can come out of here. Each character, by the way, brings unique talents and strengths to the table, so despite what your heart is demanding, playing as anyone other than Jeff Goldblum’s character might actually be a good thing. 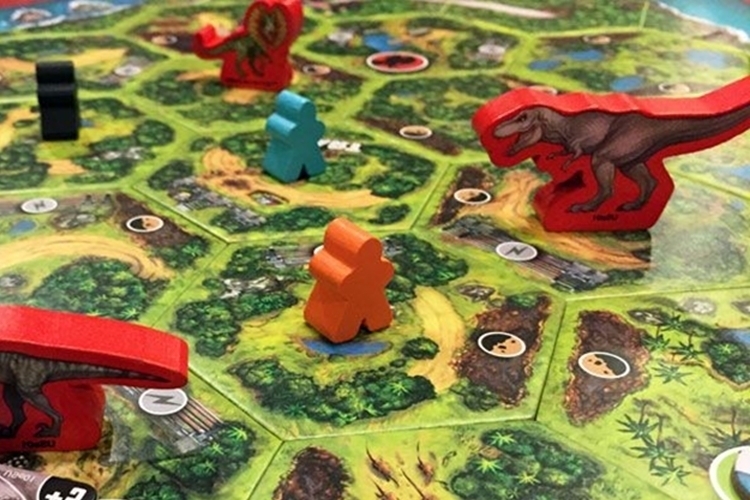 Aside from the main board, the game includes 110 cards, 11 players mats, 10 character tokens, three dinosaur tokens, 19 island tiles, five perimeter frames, 13 fence tokens, 19 different tokens (goals, locks, and even a helicopter), and one dice. Approximate playing time is 50 minutes, so this can make for a fun party game whether you’re spending time with family or friends.

A Target exclusive, the Ravensburger Jurassic Park Danger is available now, ready to whet your appetite for the upcoming Jurassic World movie. Price is $24.99.