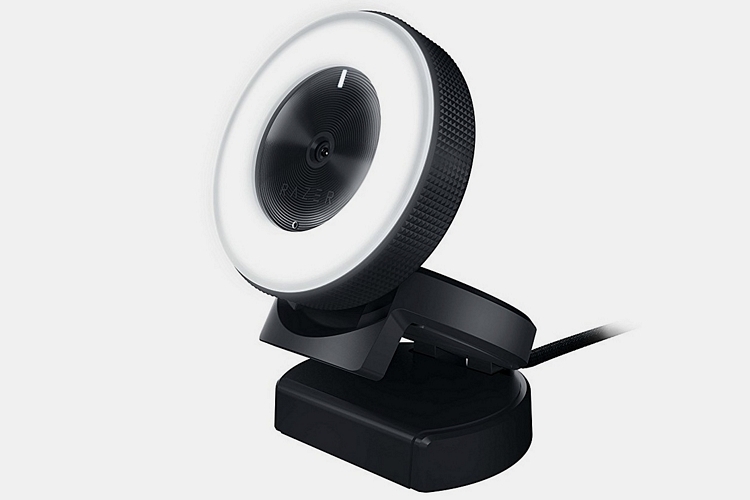 There are tons of webcams available in the market, any of which you can use to record yourself during your Twitch streams. If you look a little dark on the stream, you can tweak the settings to adjust the brightness of the video, although you’re probably better off just investing in a decent lighting rig instead. The Razer Kiyo wants to save you from that hassle.

Aimed at game streamers, the webcam comes with an integrated ring light surrounding the lens, allowing it to shine illumination on your face during a stream. That way, you don’t need to figure out a separate lighting solution – your webcam already has all the lighting you need to properly brighten the scene. Yes, we’re also wondering why nobody thought of doing this before. I mean, it seems so obvious in hindsight. 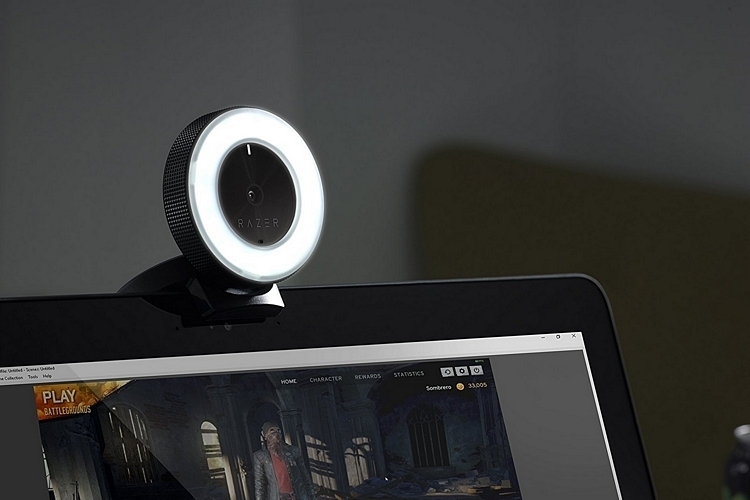 The Razer Kiyo comes with 12 white LEDs set up in a ring configuration, providing a daylight-quality color temperature of 5600K. A 12-step ring dial allows you to easily modify the brightness by turning it clockwise or counter-clockwise, so you merely have to reach out to the webcam to quickly adjust the amount of lighting beaming your way. If you’re worried about the ring light appearing as rings on your eyes, don’t – these are way too small to appear as visible rings the way those large ring lights do. At worst, it will probably appear as tiny white dots, although the sample streams don’t seem to have that potential problem, so it’s likely not even an issue.

The camera itself comes with a 4.0-megapixel sensor that can stream video in 1080p at 30 fps and 720p at 60 fps. It has an 81.6-degree diagonal field of view, which should be ideal for game streaming, with “fast and accurate” autofocus, so you can move around the frame while staying sharp and focused on video. That’s right, no need to stay in the same spot the entire time, lest risk having blurred scenes on your stream. 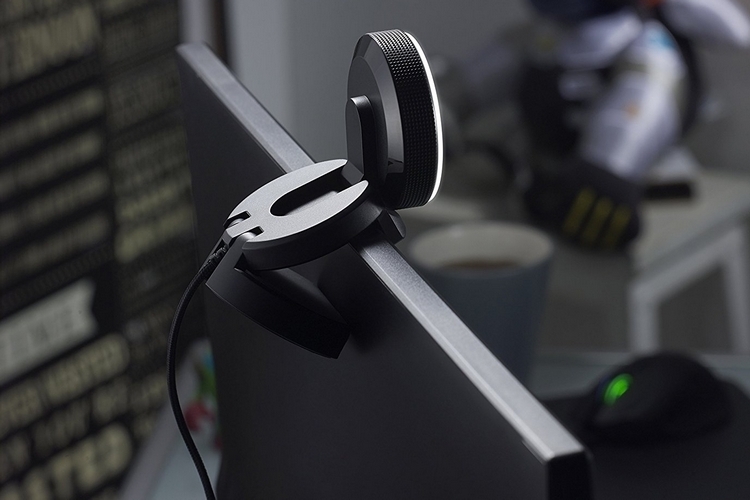 The Razer Kiyo can be set down on a flat table, with a hinge that lets you easily adjust the angle the lens is focused at. The same L-shape joint that allows it to set down on a table also allows it to mount on top of a monitor, so it can be right around the same height where a laptop’s built-in webcam is positioned. And, yes, it’s compatible with tripods, so you can use it with most mounting rigs you currently have in your stash. 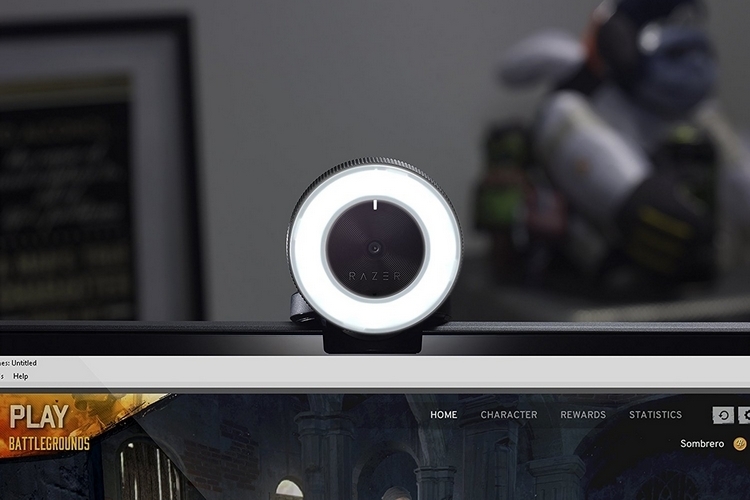 It connects to your PC via a standard USB port using the included included 1.5-meter braided cable. A 16-bit omnidirectional mic allows it to pick up audio along with the image capture, although you’ll probably be better off buying a separate mic if you’re investing in a proper set up. As for software, by the way, the camera is compatible with the most popular streaming apps, including Open Broadcaster Software and Xsplit Broadcaster.

Want one? The Razer Kiyo is available now.