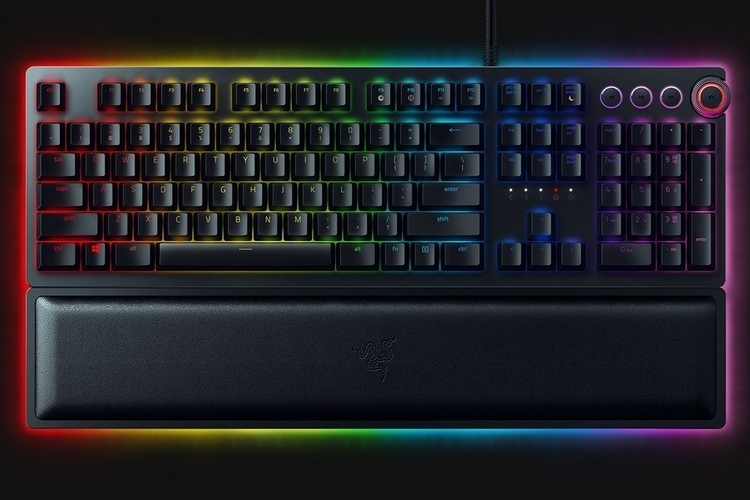 Truth be told, even entry-level gaming keyboards are good enough to support the longest and most arduous gaming battles, so going for top-of-the-line models can feel like overkill. Unless, of course, you’re the hyper-competitive type who wants every possible advantage at your disposal. If that’s the case, then you might be interested in the Razer Huntsman Elite.

Yes, it sounds like the name of a badass hunting rifle. It isn’t. Instead, it’s Razer’s newest gaming keyboard that boasts a level of actuation that supposedly faster than anything available before, allowing you to rack up more keypresses within a fraction of time, whether you’re battling to turn a fight around in DotA 2, working on speeding up your aim at CS:GO, or building defensive walls inside the last circle in Fortnite. 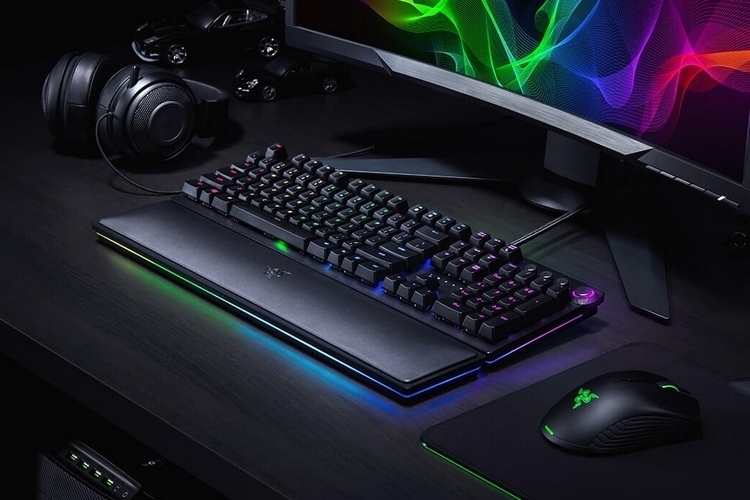 The Razer Huntsman Elite achieves the high-speed actuation courtesy of all-new opto-mechanical switches, which come equipped with infrared lights and photo-sensors in addition to the spring and metal parts. When a key is pressed, a stem on the switch will block the light and activate the receiver, which then instantly actuates the keypress, eliminating the mechanical actions previously necessary to register an action. Despite using IR and sensors, the switches provide a similar tactile feel to the outfit’s existing mechanical switches, all while having a 1.5mm actuation point and a light actuation force of just 45 g. Because of the optical actuation requiring fewer moving parts, each switch is rated for up to 100 million keystrokes before wear takes any effect, which doubles the lifespan compared to most standard mechanical keyboards.

Each key uses a stabilizer bar right underneath to balance the keycap’s motion, ensuring it stays level even if you only press on one corner of a key, while a 10-key rollover allows you to press multiple keys simultaneously. There’s also a gaming mode that lets you disable multiple keys, so you can minimize situations of hitting the wrong key at a critical moment. 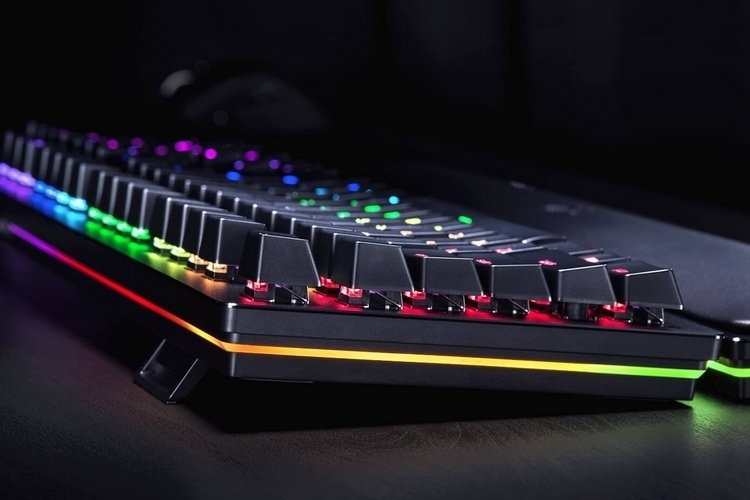 The Razer Huntsman Elite has a multi-functional digital dial on the upper right corner that you can use to quickly adjust any compatible setting, along with three media keys right at the center. The dial can be customized using the Synapse 3 software, although we’re not sure about the extent of functions available to it. We mean, flipping through radio stations while driving an in-game car using a dial sounds nice, but we’re not sure if that’s even an option. They also throw in an ergonomic wrist rest that magnetically snaps into the keyboard, ensuring it stays in place through the most intense gaming sessions. 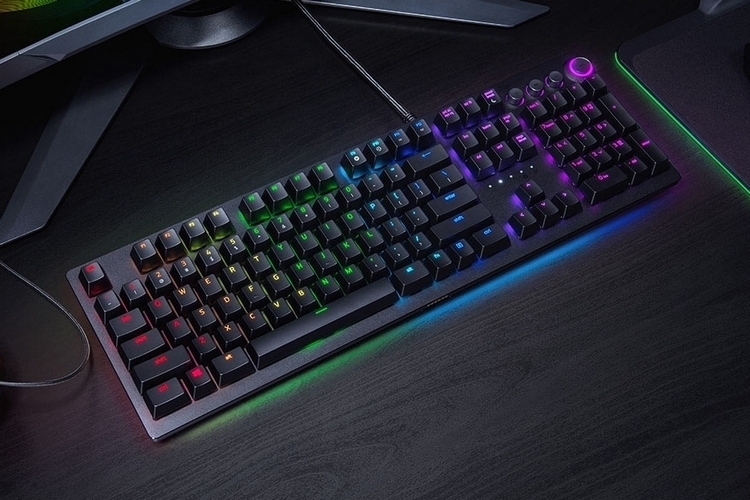 As with most gaming keyboards, it’s fitted with multi-color backlighting that’s completely programmable to your liking, complete with LEDs underneath both the keyboard and the wrist rest providing a glowing effect. Other features include onboard storage for up to five profiles, an aluminum matte top plate to ensure durable performance, on-the-fly macro support, and a secondary set of functions that can be unlocked with the press of a single button.

The Razer Huntsman Elite is available now, priced at $150.