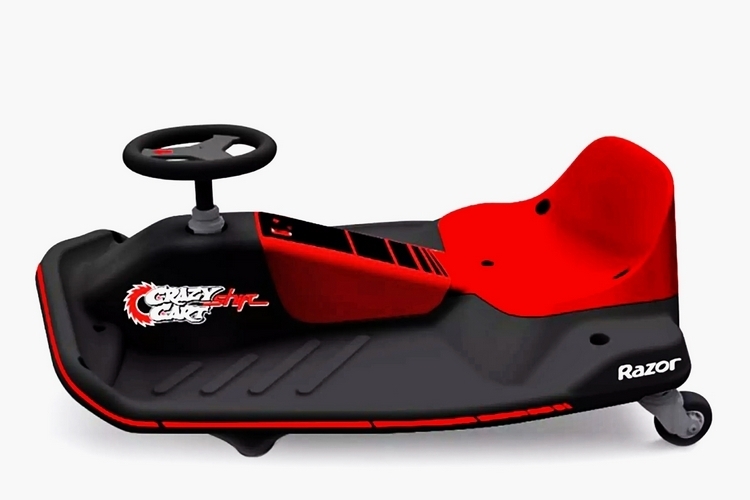 If you bought your kid a Crazy Cart, bought yourself a Crazy Cart XL, or rode your kid’s Crazy Cart yourself, then you know just how fun the darn thing is. This year’s version, dubbed the Crazy Cart Shift, is even better, bringing changes that improve both its durability and drifting capabilities.

Instead of having to use a dedicated drift bar, drifting is managed entirely using the steering wheel, making the experience feel a lot closer to real-life drifting in an automobile. That way, your kids can drift their ride-on cars in a way that more accurately simulates what they’ll be doing once they’ve got a driver’s license and doing dumb decisions with that car you’re going to buy them on their 17th birthday. Hey, that’s life.

The Razor Crazy Cart Shift has a slightly longer but lower profile than the original version, with a size that looks well-suited to kids aged 8 and up. Instead of a chain drive, hub motors now power the toy, sending it running at speeds of up to 8 mph, which may not sound much but should be fast enough to get you drifting in a satisfying way. As with the previous versions, it drifts using a pair of inclined casters in the rear, sending it spinning with a sudden turn of the steering wheel. An onboard battery powers it for up to 60 minutes on a full charge, allowing for plenty of fun before having to walk sheepishly back home to plug in.

Due to launch later in the year, the Razor Crazy Cart Shift is priced at £250.