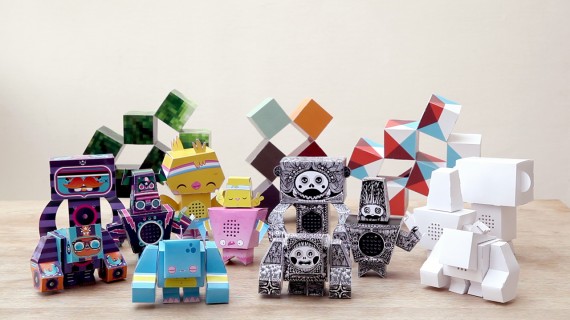 WiFi is the new USB.  At least, that’s how it goes when it comes to desktop accessories and toys.  The ReaDIYmate embraces this new internet of things paradigm, adding WiFi connectivity to papercraft models that combine the classic with modern tech.

Unlike many WiFi objects you’ll find online, this isn’t a kit that you’ll need to solder and glue up together for a weekend building project.  Instead, putting the stuff together is as easy as standard papercraft, with all electronics housed inside a box that you simply secure on the body of the cardboard figures. 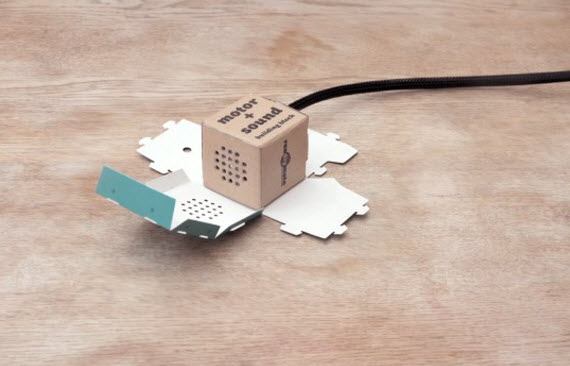 At the core of each ReaDIYmate are two boxes that hold all the powered parts: a “brain box” that houses a microcontroller, 2GB flash storage and WiFi chip; and a “body box” with speaker components and a servo motor.  This combo can be installed in any of 19 different body designs, which range from monster-like creatures to blocky  robots to table sculptures.

You can configure the microcontroller using the company’s web interface.  As of now, only simple operations (if-then) are supported, but you can connect to a bunch of services, including Gmail, Facebook, Twitter, Foursquare and SoundCloud. The “brain” is Arduino compatible and open source, so you can write your own apps  and add components if you’re willing to open the box and tinker with the electronics.

Originally a project on Kickstarter, the ReaDIYmate has reached its funding targets and is currently in production.  They aren’t accepting new orders for now, but that should change once they’ve cleared the current batch on queue.  Prices are $110 for the Barebones (boxed electronics only) and $130 for the PaperToy (boxed electronics plus a papercraft toy).