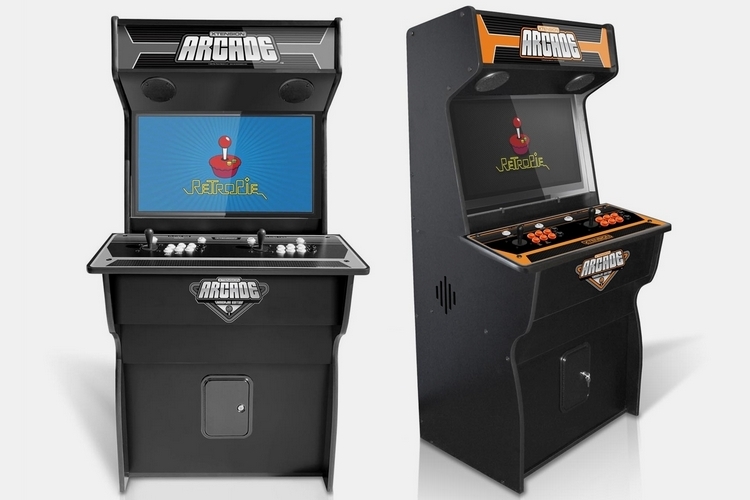 Want an old-school style arcade cabinet, but don’t want to pay the premium prices companies require? You may want to check out the Rec Room Masters Xtension “Gameplay Edition,” a full-sized DIY arcade cabinet built around the Raspberry Pi.

That’s right, it’s an arcade cabinet that ships flat-packed and assembles like IKEA furniture, allowing them to offer it a lower price than traditional arcade rigs. It’s supposedly as easy to assemble as IKEA, too, requiring you to just drive some screws, secure some bolts, and plug in a few things to get it in working order. 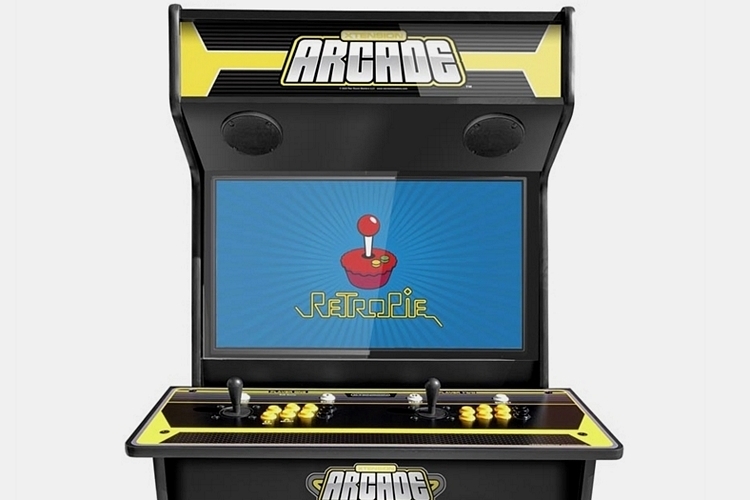 The Rec Room Masters Xtension “Gameplay Edition” is an arcade cabinet kit, with all the parts and hardware you need to build one of those arcade machines that were a ubiquitous presence throughout the 80s and 90s. It measures 69.5 x 36.5 x 27 inches (height x width x depth), so this will make a substantial presence in any room you decide to set it up in, all while driving all the attention straight to it because, you know, we all become kids again when there’s an arcade cabinet in the room.  All panels are CNC-cut, so everything should fit in a precise manner, with all needed cutouts already in place, so you just have to mount all the individual parts in their designated slots.

Do note, the kit only includes the cabinet and the control pads (which use Suzo Happ joysticks and buttons), so you’ll have to buy your own VESA-compatible 32-inch TV (smaller TVs will leave holes on the edges and larger ones won’t fit), speaker (it has pre-cut speaker grilles and holes on the top and sides), and Raspberry Pi board computer (they recommend installing the free RetroPie software on it). The two sets of control pads, by the way, ship pre-assembled, so you just have to plug it in to your computer via USB to set up the rig, while they recommend 5-inch PC speakers for the audio. 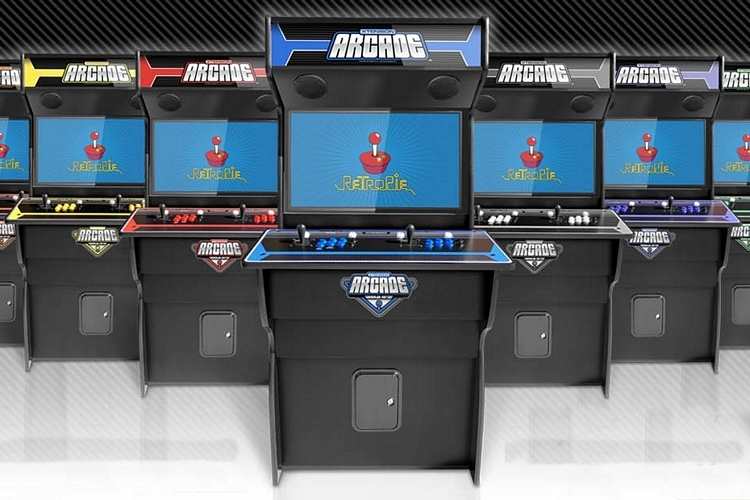 The Rec Room Masters Xtension “Gameplay Edition” is designed to set up like a traditional arcade cabinet, albeit with a tiny Raspberry Pi powering the whole thing instead of whatever ran in one those things in the past. To make it even more useful, though, they included a hinged keyboard slot that you can pull down if you want to wield your fingers over a QWERTY layout, as well as a switch that lets you change up between keyboard, DirectInput, and XInput, with the latter required if you want to run two player games on Steam. Yes, that’s right, you can play Steam games on the darn thing, as it also supports PC, in case you’d rather use an existing machine instead of buying a Raspberry Pi. 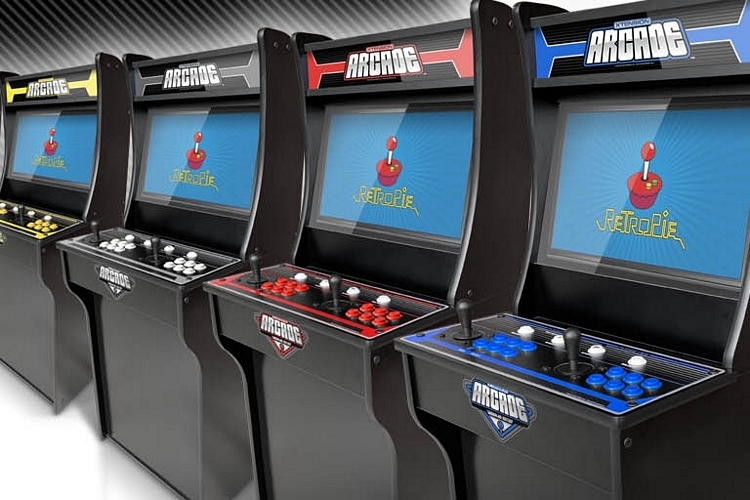 The top front section of the cabinet, by the way, has a light-up marquee graphic with the lighting already pre-installed. Sadly, you can’t choose the graphic, so you’ll have to make a custom one if you want something fancier for your arcade rig. Other features include an optional metal door (if you want to add a coin mechanism) and a fully-open lower back for easy access to the components (so you might want to push it close to a wall to avoid the eyesore).