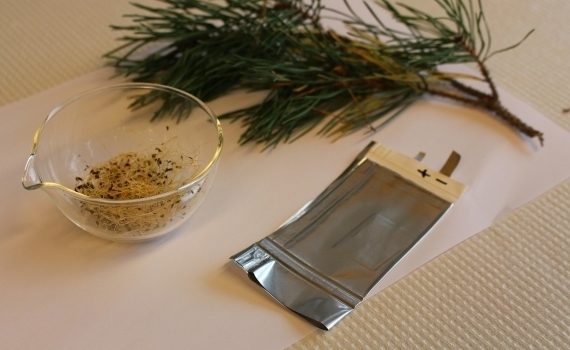 A team of researchers from Uppsala University is claiming to have found a new method for producing lithium-ion batteries that allow them to be easily recycled.  The process uses alfalfa seeds and pine resin as biomaterials, with a recycling system that uses low-energy input and non-hazardous chemicals (specifically, ethanol and water).

The new method claims to produce lithium-ion batteries with the same content capacity as current-generation systems, so there’s no degradation in power nor effect in size.  It does that while being more environment-friendly and energy-efficient, too, making it a compelling alternative for future battery production.

If the system proves viable, this will be big news for the tech world.  Spent batteries are more common than ever, with any leftover lithium remaining inside them simply chucked in the landfill, along with the rest of our civilization’s trash.  With these new batteries, the lithium can simply be harvested using the recycling process and mixed with new biomaterials (in this case, alfalfa seeds and pine resin) to produce fresh batteries that are touted to work at 99 percent potency as the original.  They expect that percentage figure to get higher as they optimize the process further, too.

Finding ways to recycle lithium is a large concern, primarily because of the limited commercially-extractable lithium resources we have right now.  With its ever-expanding use in everything from smartphones to electric cars, maximizing the usefulness of the lithium we use up will likely become very critical going forward.

You can check out the research from the link below.