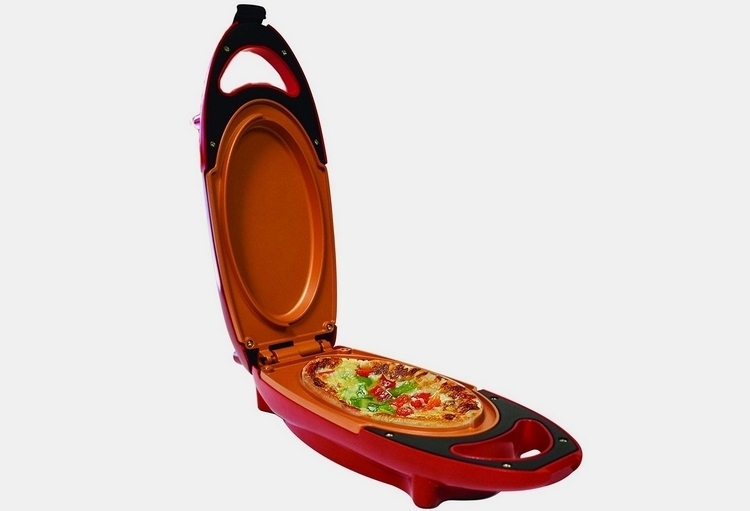 It looks like an overkill in simplicity. If you want to make meals in the kitchen without all the hassles of traditional cooking, though, the Red Copper 5-Minute Chef is definitely a countertop addition you would probably be wise to consider.

An electric cooking appliance, it’s, basically, a nonstick pan with heating elements top and bottom, allowing you to easily cook meals without the need for a stovetop. Heck, there’s actually no need to stir, flip, and do anything else to the food, either. Just put the food on the cooking chamber, wait until it’s done, and put the grub in your plate. 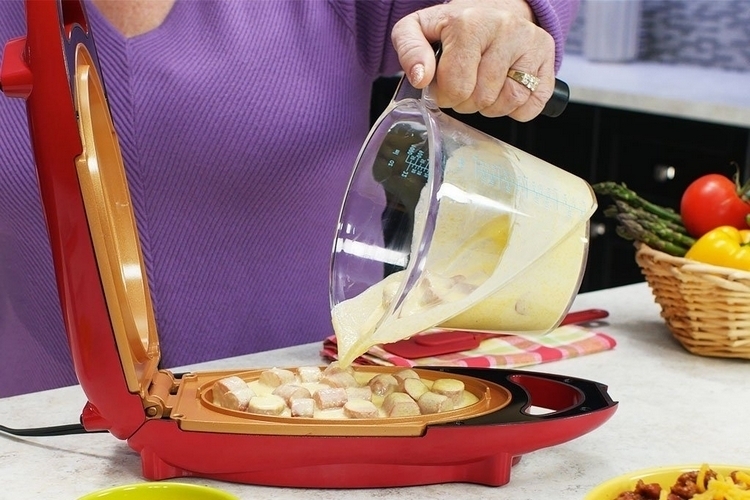 The Red Copper 5-Minute Chef has two cooking wells – one at the bottom and another at the top, with both surfaces heating up during cooking. Both are covered with a copper-infused ceramic coating that provides a non-stick and scratch-resistant surface to ensure that food doesn’t stick, no matter what dishes you cook in it. That means, no need to add oil, butter, or grease if you don’t want to – just put the ingredients in and cook away. The ceramic coating, by the way, is bonded to an aluminum surface, allowing it to distribute heat evenly from both the top and bottom.

It has an oval-shaped cooking chamber that measures 3.5 x 8.5 inches (width x depth), with a height of around an inch or so with the top heating element folded down. As such, it can accommodate a grilled cheese sandwich inside, giving you arguably the easiest way to make one, all while having enough room to make a one- or two-person serving of different dishes. From omelets and cakes to burgers and hot dogs, this thing will make dinner prep a lot simpler than it used to be. 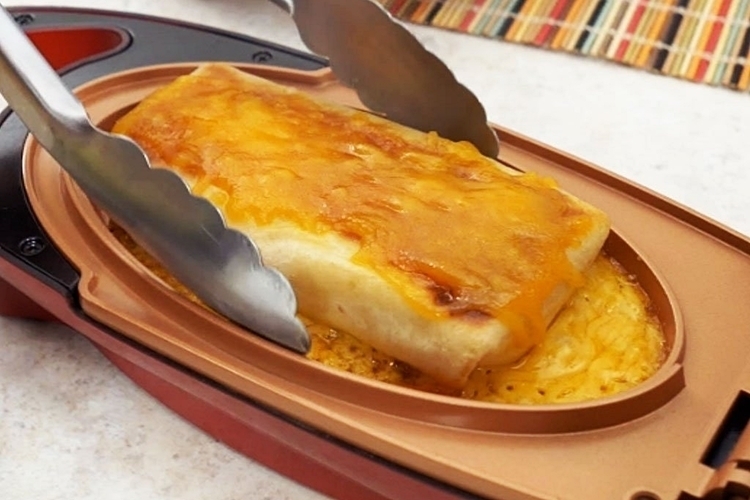 Designed for dead-simple operation, the Red Copper 5-Minute Chef actually has no power switch and no heat setting. Instead, it automatically switches on as soon as you plug in at a single pre-programmed heat setting (whose exact number, we have no idea about) and needs to be removed from the power outlet to turn off. Since the cooking chamber and the electrical parts are all bundled together, you can’t throw it in the dishwasher or wash it on the sink, either. Rather, you’re supposed to clean it by wiping down with a soapy sponge, then drying with a kitchen towel. 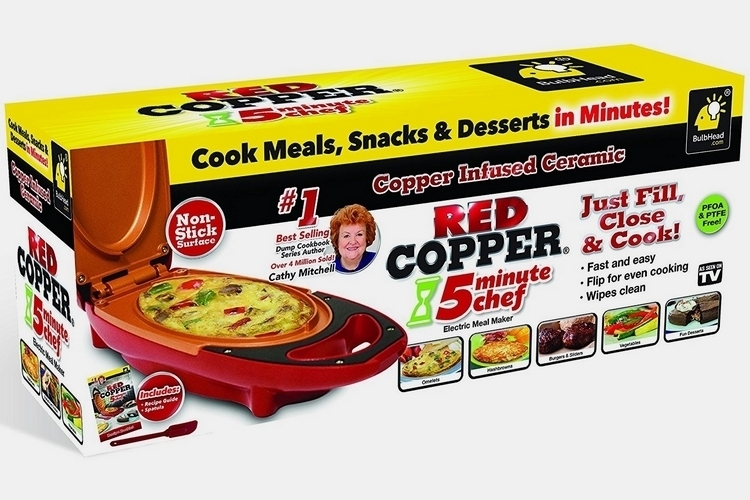 To use, simply plug it in and wait for the green light to turn on, which indicates that it’s now pre-heated to desired settings. From there, you just place whatever you’re cooking on the wells. Since both top and bottom surfaces are heated, the appliance is designed to be turned over for cooking both sides of the food evenly, while a latch ensures it doesn’t accidentally open while you’re flipping it over.

From what we can tell, the Red Copper 5-Minute Chef looks like the perfect cooking appliance for people with limited cooking space (dorms), as well as single people who want to cook single-serve meals with minimal fuss. It’s available now.