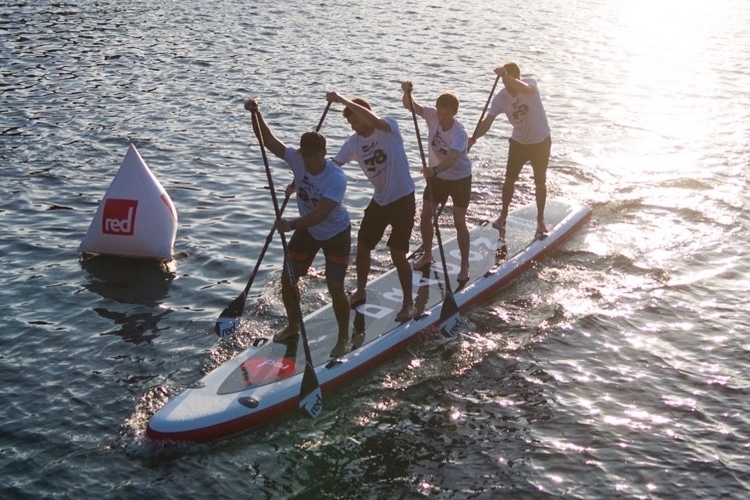 Yes, you can have people sit on a SUP while you paddle if you want to bring friends along during a ride. Piling too much weight on a board built for one rider, however, will probably lead to falling over at some point. We’re guessing that won’t happen with Red Paddle’s 22-Foot Dragon, a giant paddle board for bringing your entire family into the water.

No, it wasn’t designed so you can bring friends and have a picnic in the middle of the lake (although it can probably work for that). Instead, it’s built for team SUP racing, which Red Paddle wants to turn into a new team-based watersport (they’re even forming a global racing league called Dragon World Series). That’s right, pick up one of these, bring three friends along, and paddle your arms tired trying to outpace another crew. 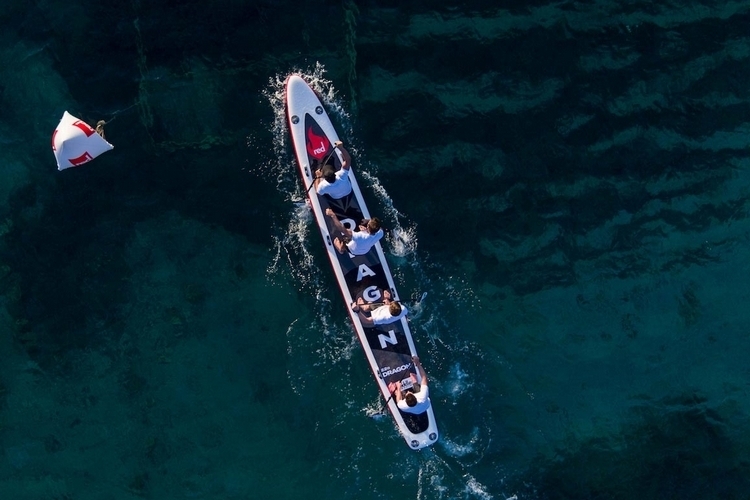 With its massive length, the Red Paddle 22-Foot Dragon SUP can accommodate up to four stand-up riders, each one getting ample room to exercise their paddling prowess.  It’s inflatable, by the way, so you don’t have to wrack your brains trying to figure out how to transport a 22-foot long board, complete with an accompanying storage pack so everything is organized on your way down to the water.

Designed for racing, it features a profiled nose, a slim 34-inch body, and high sides that enable it to slice through waves, with eight lateral handles ensuring your team can easily carry it when you’re done. It uses the outfit’s new MSL fusion technology in the construction, by the way, enabling greater stiffness, better durability, and improved overall performance.

Slated to come out late October, the Red Paddle 22-Foot Dragon SUP is priced at $2,299.