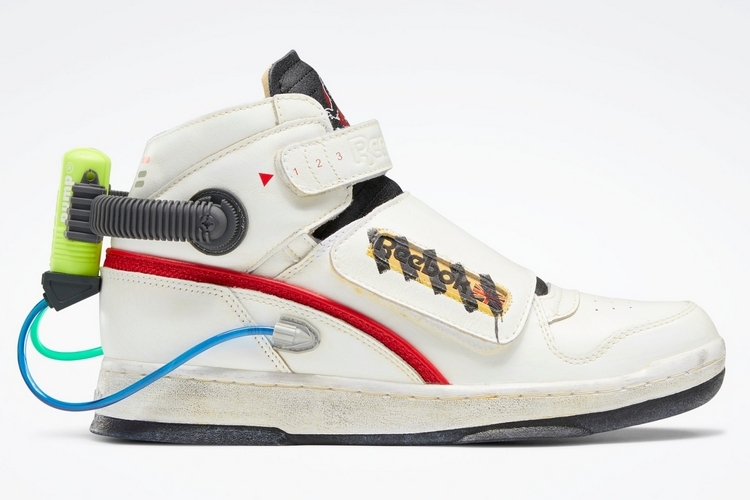 You just rewatched the two Ghostbusters movie from the 80s, so you’ve been spending the day dancing like a jolly Bill Murray and humming the Ray Parker, Jr. song. And yes, you have an indomitable urge to dress up like a ghost-catching parapsychology expert the first chance you get.  Since dressing up in an exterminator jumpsuit doesn’t exactly make for the most stylish look, we imagine slipping into these Reebok Ghost Smashers will do your wardrobe so much better.

That’s right, Reebok made a pair of Ghostbusters sneakers, so you can indulge in your fascination for the sci-fi/comedy franchise without taking things to a ridiculous extreme by wearing a jumpsuit and a backpack with a built-in nuclear accelerator. And while the shoes do look kind of geeky, especially with the mini-proton pack in the rear, it’s a whole lot easier to integrate into your streetwear outfits without ruining your style entirely. 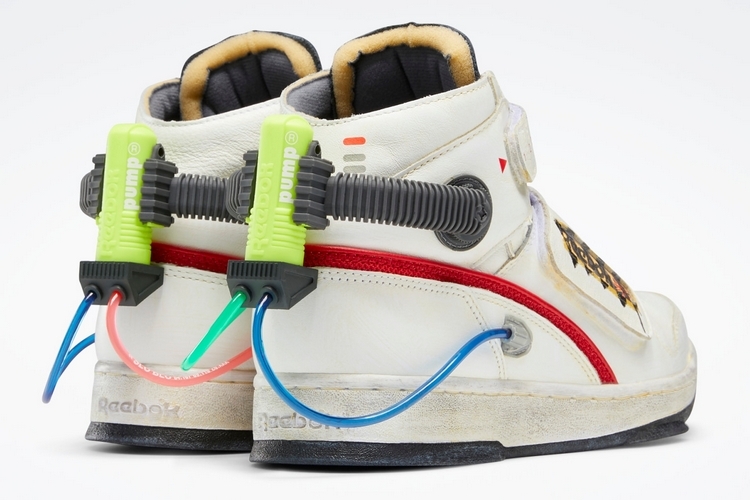 The Reebok Ghost Smashers are mid-top sneakers based on Reebok’s Alien Stomper silhouette, the boot profile sneakers Sigourney Weaver wore in the original Aliens movie. For its Ghostbuster iteration, the shoe retains the dual straps it uses to tighten its hold on your feet, along with same white leather upper and red accents.  They swap out the red tongue for a black version emblazed with a large Ghostbusters logo, while the top of the tongue gets intentionally distressed with a bit of exposed foam to make the whole thing look worn in. And yes, the leather itself is done up in a weathered finish to play up the whole well-worn styling. 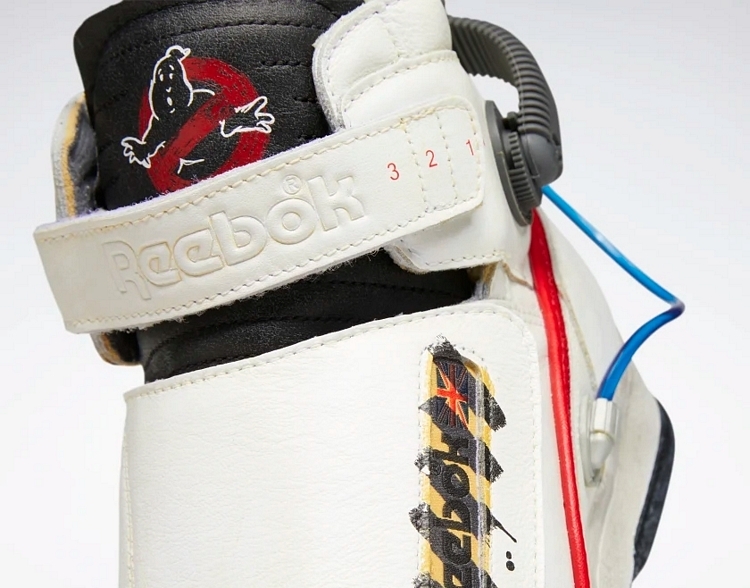 The Reebok logo on the strap, by the way, gets crossed out with a black marker in a thoroughly unprofessional manner. You know, kinda like Egon asked Janine to draw lines on the darn thing, so it looks like an actual part of the company uniform instead of a pair of white sneakers they randomly picked up at the bargain bin. Or something like that. 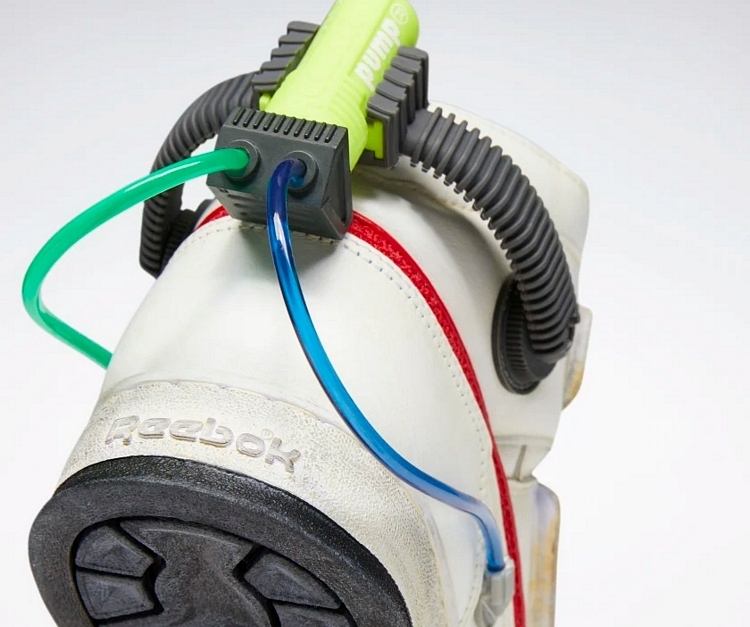 The Reebok Ghost Smashers also draws inspiration from the Ghostbusters’ proton packs, integrating a miniature version of the crew’s particle accelerators in the back, which is held in place by a pair of plastic arms along the ankles. To make it look more legit, they even hook it up to two colors of tubes plugged in to plastic slots on the lower sides of each shoe. The proton pack, by the way, is clad as a tube-shaped tank in a bright green color, so you know it’s filled with a big gob of ectoplasm. Oh yeah, the tube is marked with the outfit’s Pump logo, although they don’t actually say whether it integrates any of that shoe-inflating gimmick Reeebok ran with back in the 90s. The arms, tubes, and proton packs can all be removed, by the way, in case you want to wear the sneakers without looking like an absolute Ghostbusters fanboy. You know, just a regular not-quite-obsessed fan.

Slated to come out October 30th, the Reebok Ghost Smashers are priced at $150.