Forget Doors, The Renault Trezor Lets You Enter Through A Clamshell Roof 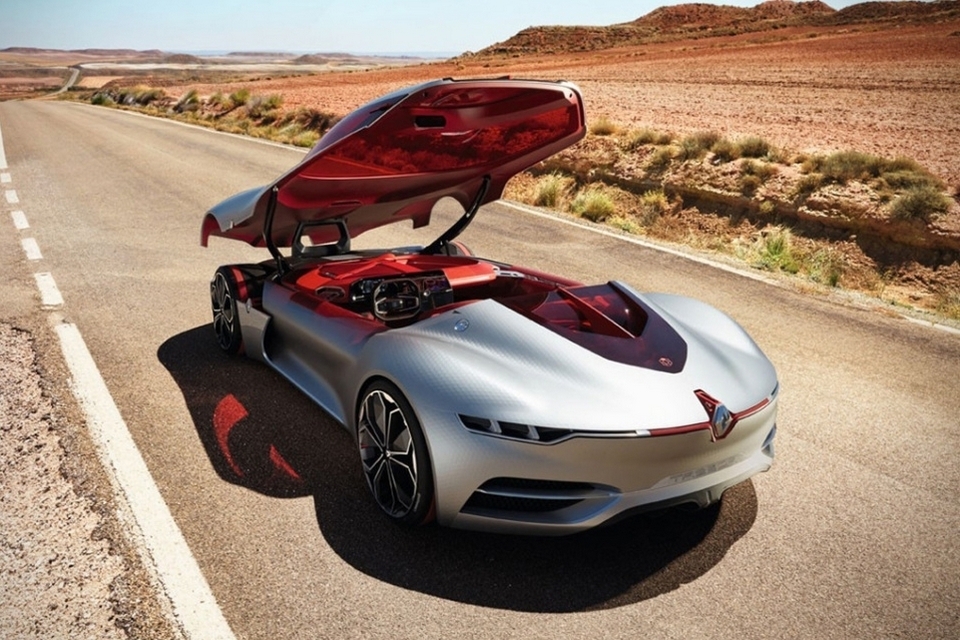 No, there’s likely no chance Renault will ever bring the Trezor Concept into production. I mean, it’s absolutely outlandish and utterly impractical. Then again, that insanity is what makes it such a fascinating ride, since it’s the kind of car you’re more likely to find in a futuristic video game than out in the streets.

A low-slung grand tourer, the car sports voluptuous fenders both front and rear, with a long, flowing hood that extends to the canopy. Oh yeah, that hood/roof ensemble opens clamshell-style to give the driver access to the cabin (no doors necessary), making for a truly unique way to get in and out of the car. 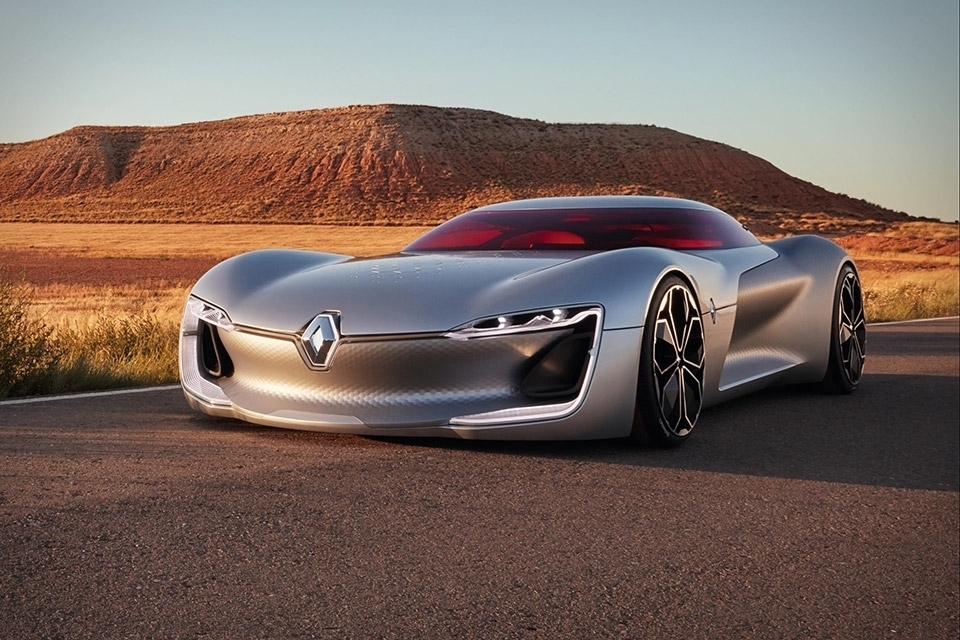 The Renault Trezor Concept is powered by an electric motor derived from the automaker’s Formula E racer, pumping out 350 horsepower and 280 pound-feet of torque. There’s no word on top speed, but that powerplant is enough to push the car from standstill to 60 mph in under four seconds. It uses individual battery packs on the front and the rear to evenly distribute the weight, with a grid of hexagonal openings on the hood serving as air intakes, popping open autonomously to cool the batteries down. 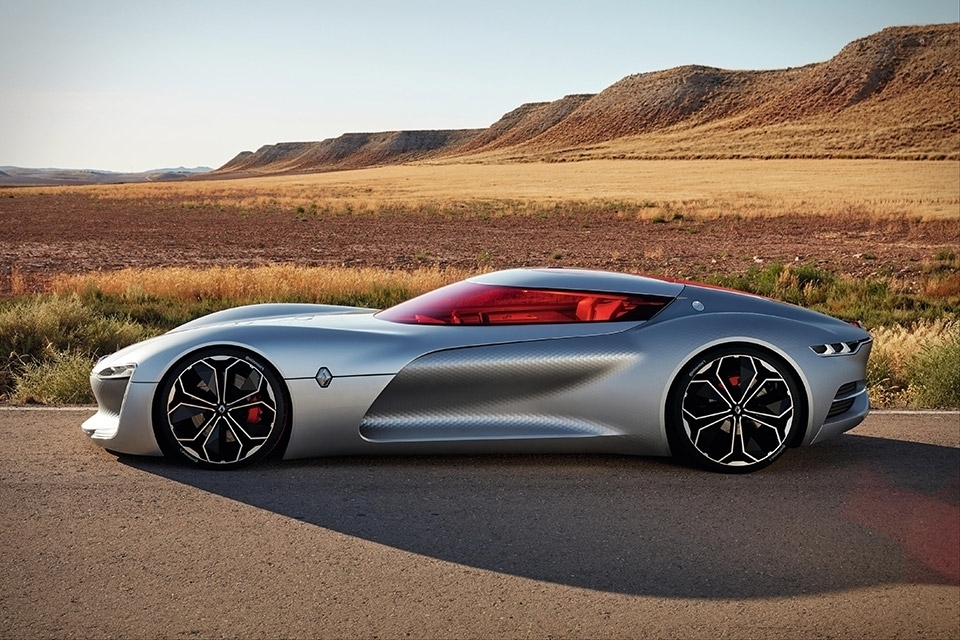 Features include carbon fiber bodywork, C-shaped lights, custom Continental tires, and an exterior lighting pattern that changes to indicate when the car is in autonomous driving mode. Inside the two-seater cabin, it gets a wooden dashboard, an L-shaped OLED control panel, and a rectangular steering wheel.

Learn more about the Renault Trezor Concept from the link below. 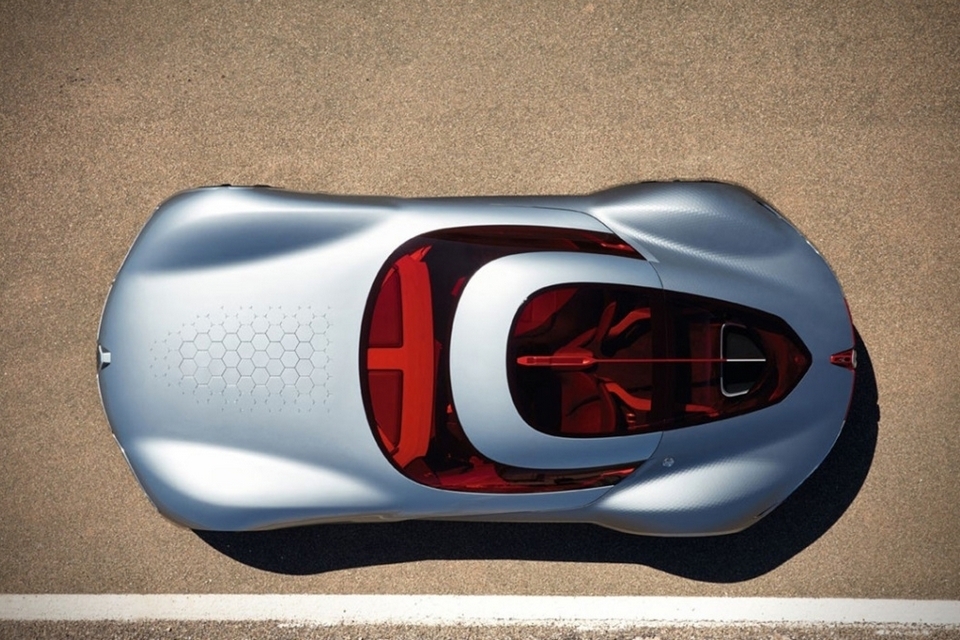 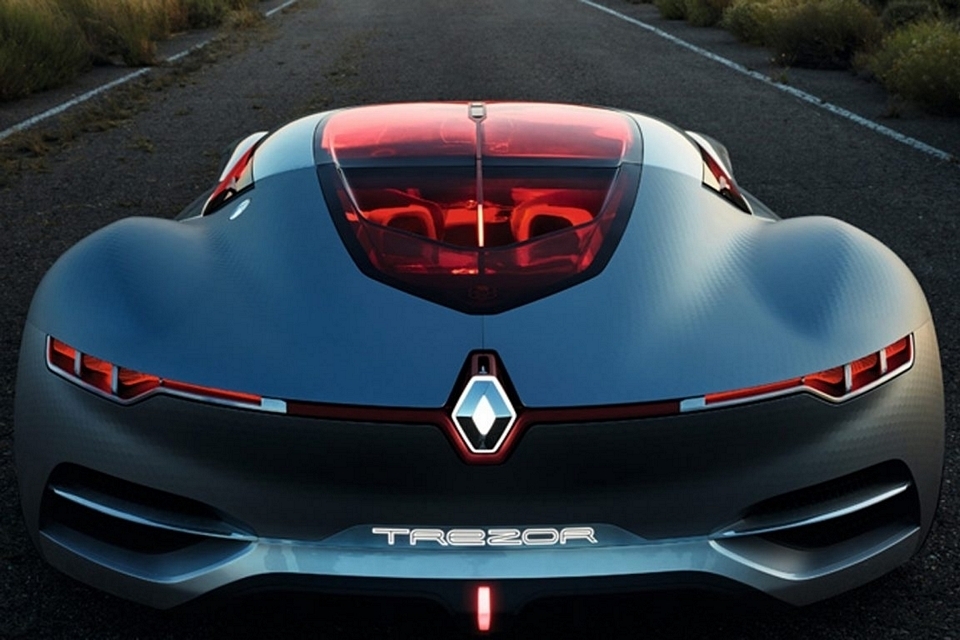