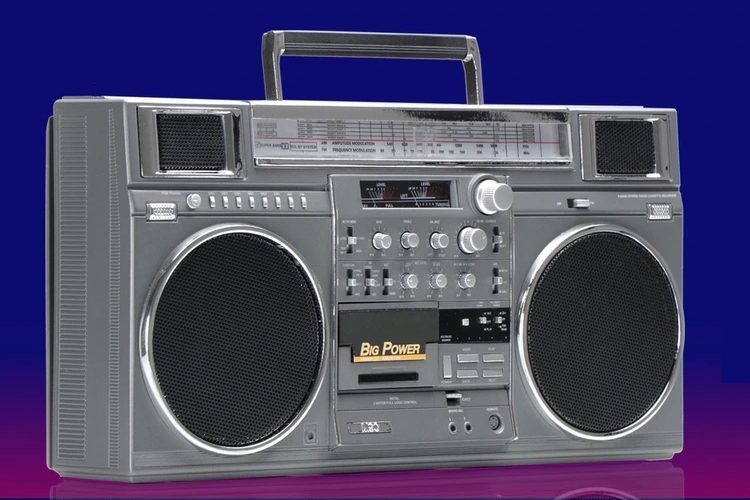 Any time you watch youth-oriented movies from the 80s, it’s hard not to notice those giant boomboxes they carry around. There’s just something eye-catching about those hand-carried contraptions that combine a speaker, cassette player, and radio receiver in a large-yet-designed-to-be-portable rig. And the JVC RC-M90 is widely acknowledged the king of the category, having been highly-sought by many collectors in the decades since. The RepliTronics M90 Mini brings the aesthetics of that classic boombox into a contemporary speaker.

That’s right, they’re making modern speakers that look like the JVC M90 boombox, so you can play your favorite mumple rap ditty on a speaker that looks like the same one that cranked out classic jams from Michael Jackson, Cyndi Lauper, and… um… Rick Astley from back in the day. No, it won’t actually play cassette tapes like the original boombox did, but we imagine this will ramp up the flooding of nostalgia while you stream your favorite 80s playlists from Spotify and Apple Music all the same. 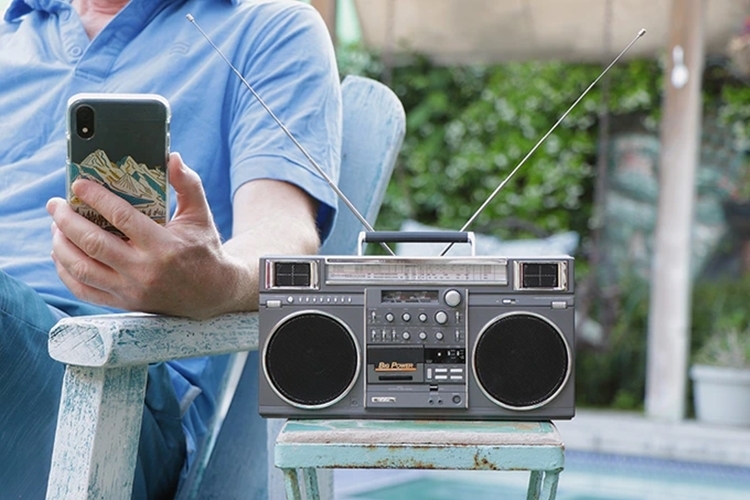 The RepliTronics M90 Mini is an accurately reproduced replica of the JVC boombox, albeit without the cassette deck and at 40 percent of the original’s size. That smaller size makes it a whole lot easier to bring anywhere you go, so you can enjoy your retro-style speaker, whether you’re having a cookout in the backyard or partying in the beach in defiance of the city lockdown orders. Yes, you’re such a rebel. It reproduces the original not just in likeness, by the way, but in function, too, with the analog dials for bass, treble, and balance that let you customize the sound on the fly, along with onboard controls for playback, power, volume, and more. 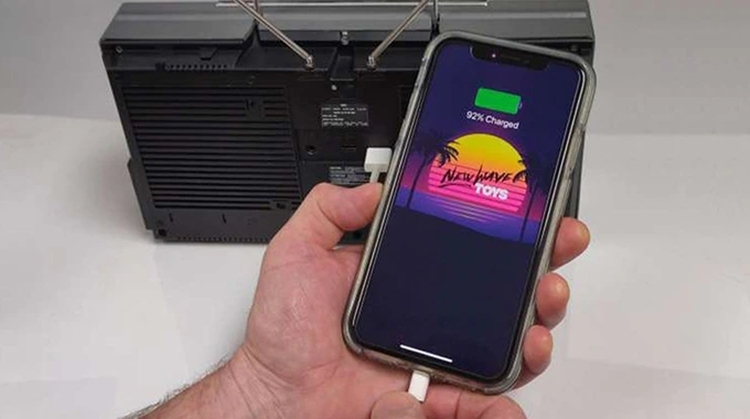 As with any modern speaker, it can stream music via Bluetooth 5.1, so you can blast music from your own library and any streaming service in a straightforward manner, complete with a 3.5mm input, so you can plug in wired audio sources like that iPod you’ve somehow held onto for the last five years. To help make the recreation feel a little more faithful, they even threw in an AM/FM radio tuner, complete with a tuning module and dual telescoping antennas just like the original boombox. 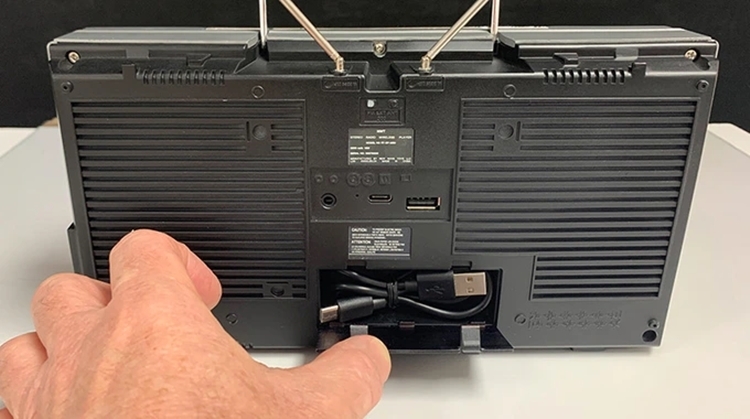 The RepliTronics M90 Mini is a stereo speaker with two 2.5-inch drivers that, the outfit claims, can deliver a respectable 16 watts of power on the go. An integrated 10,000mAh battery provides the necessary juice to keep the music playing for over 60 hours between charges, allowing you to enjoy your favorite music on a retro-looking speaker for days on end. A compartment in the back serves as a place to hide your USB-C charging cable, similar to how some older boomboxes let you stash their cords in the back, while a USB-A slot in the back allows you to play music from a USB stick or charge your mobile phone from the onboard battery.

A Kickstarter campaign is currently running for the RepliTronics M90 Mini. You can reserve yourself a unit for pledges starting at $55.