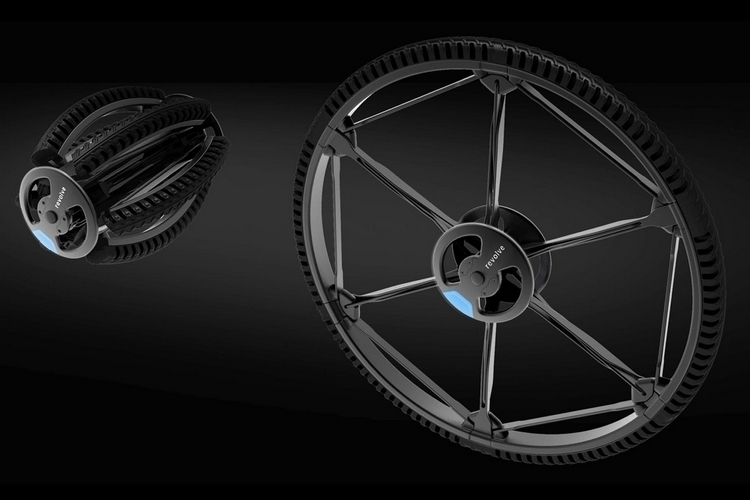 Folding bicycles are awesome, as they can collapse the bike into an impressively compact frame. Problem is, that frame is still limited by the diameter of the wheel, since the darn thing will have to retain its full diameter. The Revolve Folding Wheel can potentially change that.

That’s right, it’s a folding bicycle wheel that can collapse into a compact bundle, effectively cutting down the diameter into nearly a third of its original form. It shrinks it enough that you can throw two of these wheels into most backpacks without any problem, all while leaving enough room to hold other gear. Seriously, these wheels could be the key to making folding bikes that we can actually put inside a backpack or duffel. 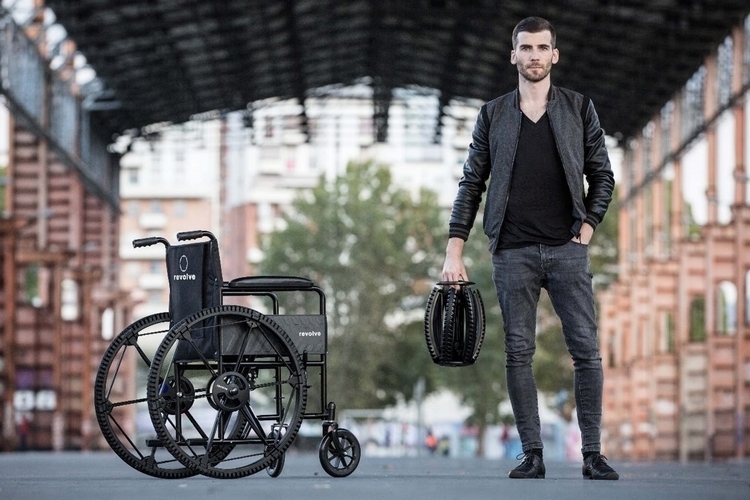 The Revolve Folding Wheel is a 26-inch spoked wheel designed for use in bicycles and wheelchairs just like any conventional wheel. During collapse, each of the spokes fold in from the hub, shrinking the erstwhile round 26-inch wheel into a bundle measuring just 8.9 inches in diameter, giving it a shape that lends itself well for transport and storage. According to the outfit, the collapsed form takes up 60 percent less space than the wheel’s original shape, making it immensely easier to squeeze in a bag, carry by hand, or tuck inside a drawer. The folded spokes and the hub even make for functional handles, giving you a convenient place to hold it, whether you’re carrying it or stashing it somewhere.

The wheel sports a universal hub design that should work with nearly any bicycle and wheelchair, with a magnetic key for easily locking and unlocking the folding mechanism while avoiding accidentally having it collapse in the middle of a ride. It uses aluminum for the frame to give it a lightweight and durable build that can withstand the rigors of the road, as well as an airless tire to eliminate the hassle of flats. 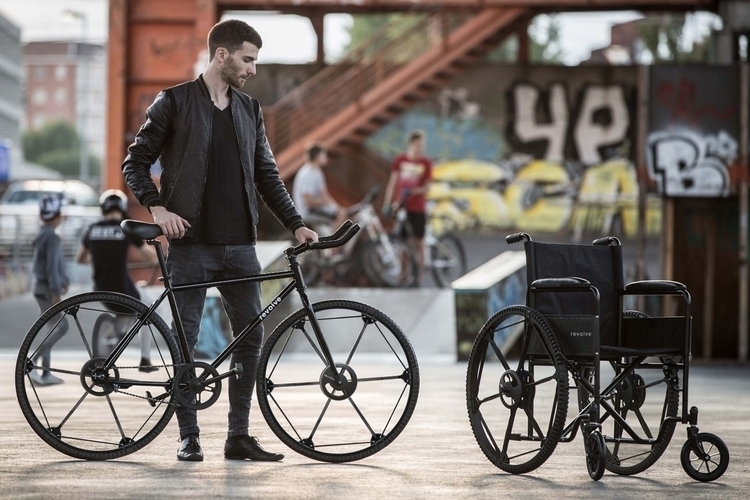 With its collapsible design, the Revolve Folding Wheel makes perfect sense for use with folding bicycles going forward. No longer do folks have to make do with the small 16- and 20-inch wheels that usually come with folding bikes, allowing you to ride a folding bike with the same speed, stability, and practicality as a regular bicycle. And that bike might even collapse in a frame that’s smaller than the current crop of folding bikes, making this a potentially significant development for the category. 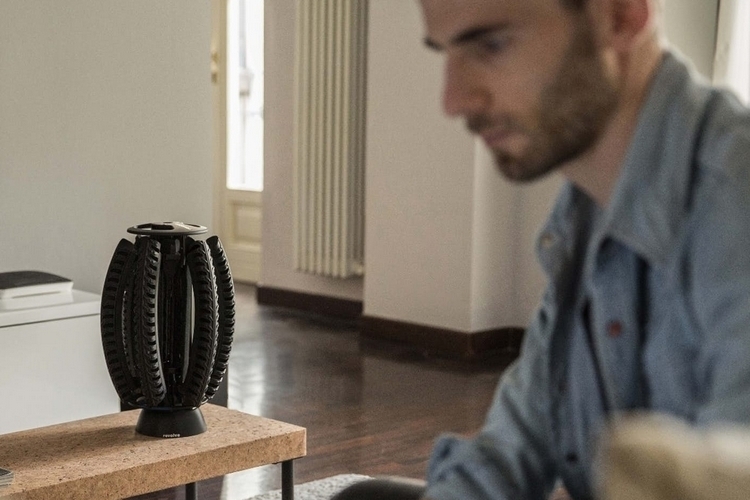 As of now, the wheel is only a proof-of-concept, with its inventor, Andrea Mocellin, currently showing it around to potential investors. According to him, it’s production-ready, so it’s just a matter of finding the right manufacturing partners and, of course, the cash to get the process going. The plan, at the start, is to sell the wheel to businesses, who can then create new designs for folding bikes and wheelchairs around it, with the prospect of expanding it to other equipment that might benefit form folding wheels going forward.

Learn more about the Revolve Folding Wheel from the link below.