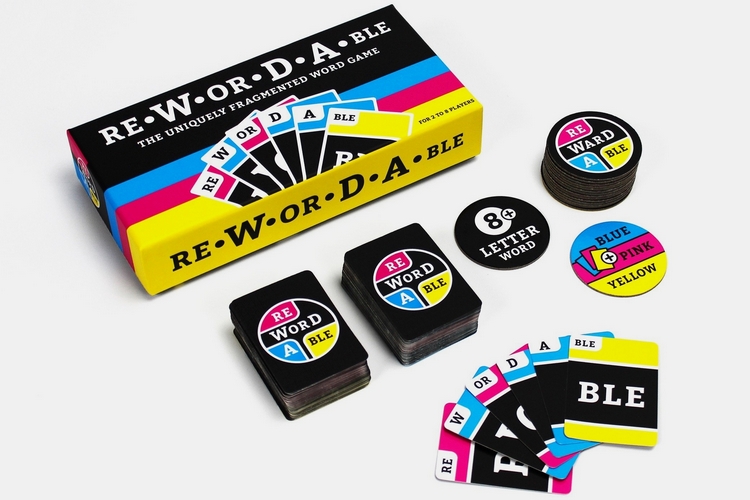 Board games are fun. Problem is, they usually require carrying a pretty big box to hold the game maps, cards, tokens, and a whole load of other in-game peripherals. Suffice to say, they’re not the kind of thing you can squeeze into the side pocket of a backpack. If you want games you can bring along during camping, picnics, or any other outdoor jaunts, card games offer a more convenient option. And if you enjoy word games, you’ll definitely want to check out Rewordable.

Billed as a “uniquely fragmented word game,” the cards, basically, has you forming words, whose value will depend on the kinds of cards you use to form them. Yes, it’s a lot similar to Scrabble. Except, in this game, you can steal words from your opponents, making the gameplay much more strategic and competitive, which can translate to hours upon hours of challenging but accessible fun. 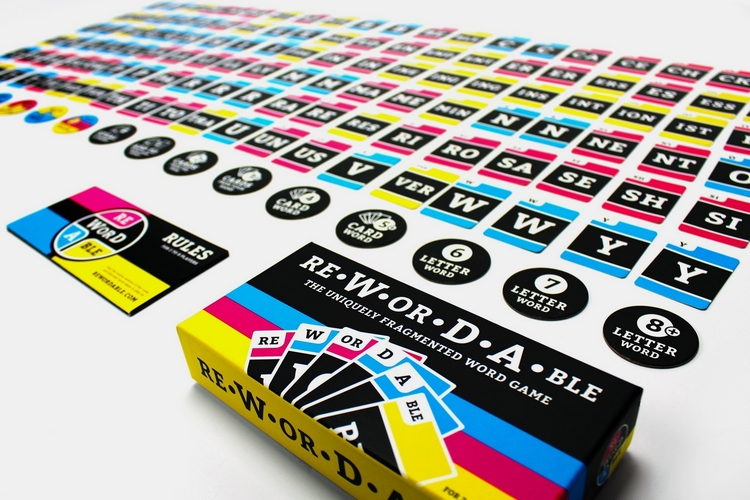 Instead of each card being printed with a letter Scrabble-style, Rewordable puts common syllables and word fragments on each card, which you then use to form words. Gameplay, by the way, doesn’t work like Scrabble, where you have to integrate each new word an existing tile on the table, instead allowing players to form new words every time. Every word you create gets added to your “lexicon.” However, other players can steal words in your lexicon by extending them using new cards, which they can add from the front, rear, and anywhere in between, so there’s way more room to formulate new words. And yes, once another player extends your word, it gets taken out of your lexicon and into theirs.

Why would you want a lot of words in your lexicon? Well, because that’s how scoring is done. Each card on the deck is colored either blue, pink, or yellow, with blue cards netting the player one point, pink cards netting two points, and yellow cards netting three points. Goes without saying, then, that the more words you have, the greater your chances of winning. 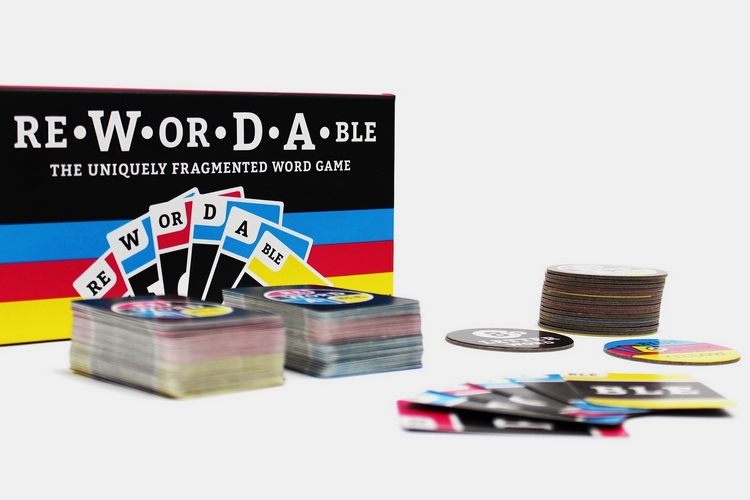 Rewordable also includes reward cards, three of which are always in play every time. These are, basically, mission cards (e.g. create a word using all-blue cards, use three or more cards from your hand), which, if you can fulfill them, goes into your inventory. At the end of the game, reward cards net you four points apiece, making them very important when it comes to shoring up your total score. 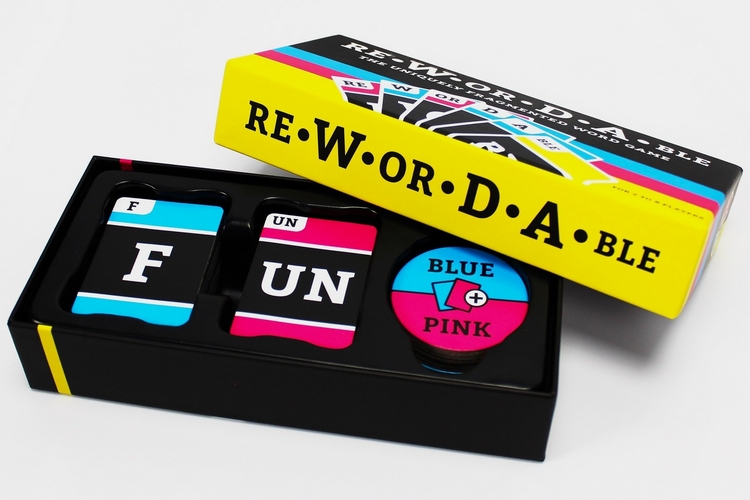 The game comes with 120 syllable cards – 42 blue, 48 pink, and 30 yellow. It’s designed for up to eight players, by the way, which is why they recommend taking out half of the cards when you only have two to four players (unless you want to play a really long game). You can also play with less than 60 cards, in case you want shorter game times. Aside from the cards, the game includes 16 reward tokens and a fold-out sheet detailing the rules of the game, so you can have a handy reference whenever a dispute happens.