Rezvani Tank: We Don’t Know Whether This SUV Is Just Kinda Crazy Or Absolutely Insane 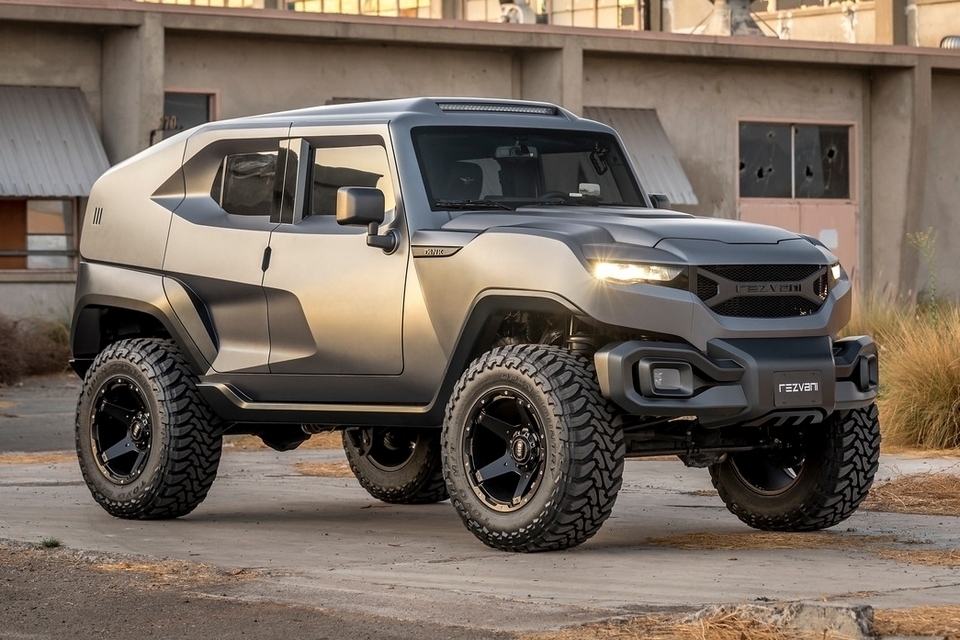 Rezvani is best known for building sports cars that combine road-tested chassis underpinnings with radical body designs. And, yes, those designs can get pretty crazy. This time around, they’re applying the same formula to SUVs in the form of the Rezvani Tank. 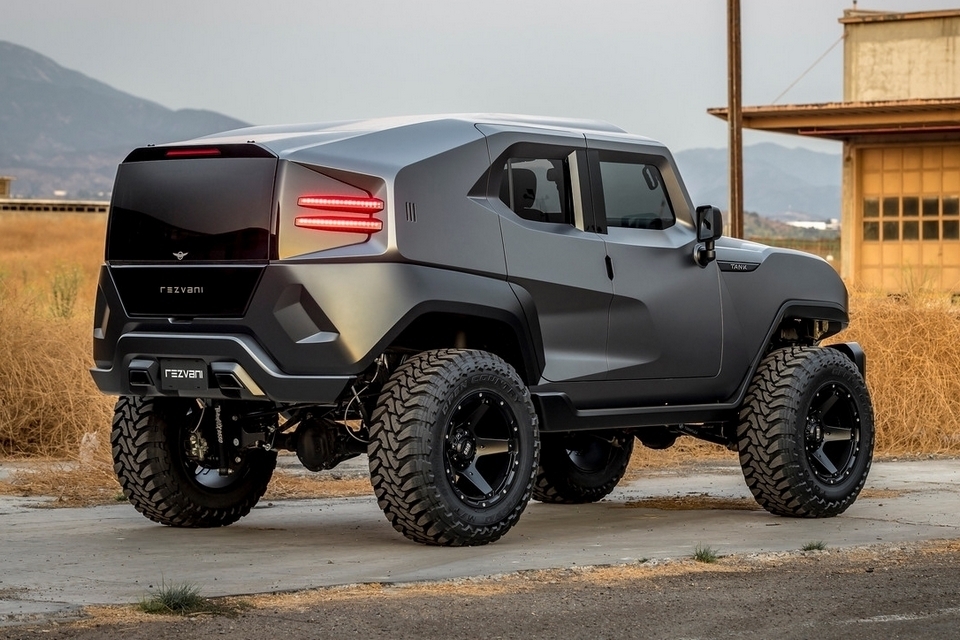 The Rezvani Tank is actually built on the chassis of a Jeep Wrangler Unlimited, which means this can handle the off-road like it’s the easiest thing in the world. If that vehicle’s solid front and rear axles, as well as selectable four-wheel drive, aren’t enough to satisfy your off-road requirements, you can even upgrade to an “extreme” package that adds a six-inch lift, 13.5-inch thick tires, a Dynatrac ProRock XD60/80 axle set, Dynatrac ProGrip front and rear brakes, new driveshafts, and new internal bypass shocks. Basically, if you still get stranded in the backcountry, you’re probably driving it wrong.

Instead of the original V6 from the Wrangler, the vehicle houses a 6.4-liter V8 that puts out a whopping 500 horsepower and 430 pound-feet of torque for some serious muscle. No word on acceleration or top speed, although that kind of power usually translates to a satisfying drive, whether you’re maneuvering this on a rocky trail in the backcountry or the local interstate. 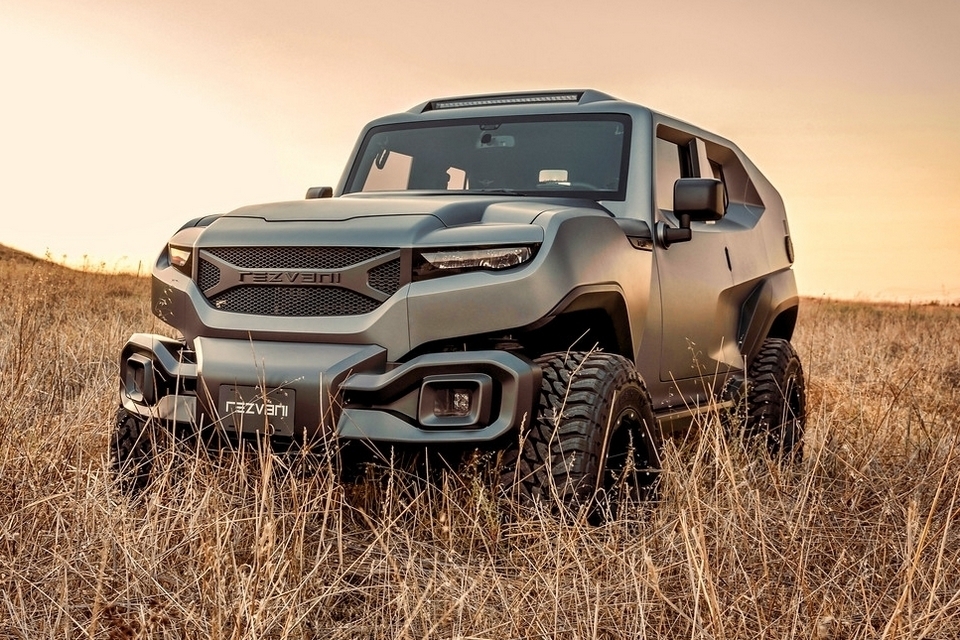 The most interesting thing about the Rezvani Tank, of course, is its appearance, which looks like a cross between a science fiction-themed Hot Wheels toy and an armored military vehicle. Out front, it looks like a burly SUV, with all the bulges, vents, and scallops on the sides giving it that armored vehicle swag. Going from the sides to the rear, however, makes it look like it drew some inspiration from some of the futuristic spaceships you can find on various SyFy channel shows (well, the shows that aren’t about supernatural things anyway), so there’s definitely a whole lot going on here. Does it look good? You be the judge – it’s the kind of styling that some people will love and others will absolutely abhor. Oh yeah, it’s got rear suicide doors, which we have no idea if we’ve ever seen in an SUV before. 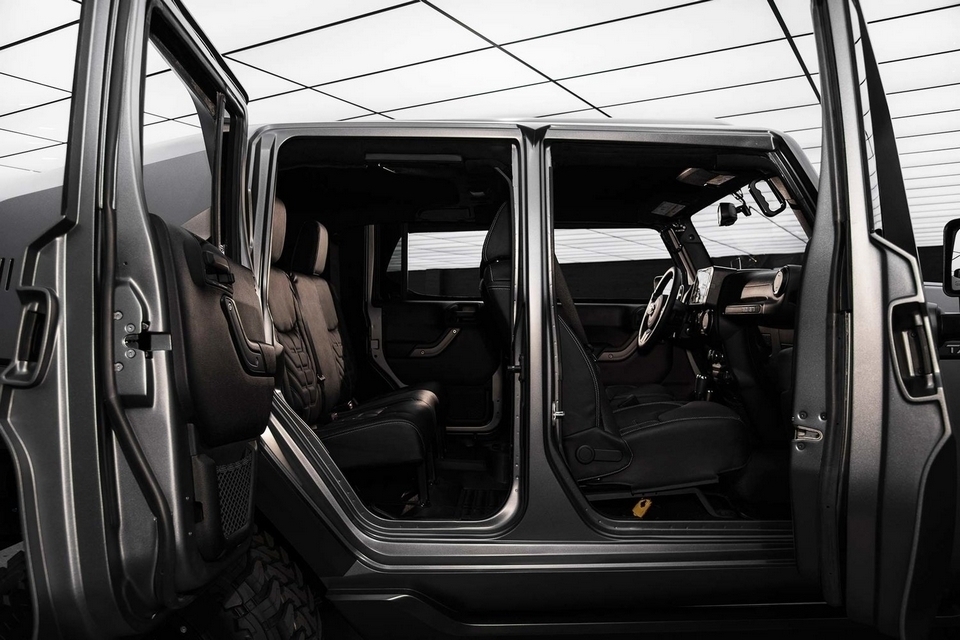 While the vehicle is probably designed as a stylishly weird way of making your way around the city (seriously, you probably don’t want to go off-roading on anything this expensive), there are upgrade packages for folks who want to use it for more nefarious things (like, we’re guessing, a supervillain car). Those upgrades include full ballistic armor, FLIR thermal night vision, a heads-up display, and a whole host of other stuff. You can also kit it out for luxury (leather seats, suede headliners) and utility (a tow package). 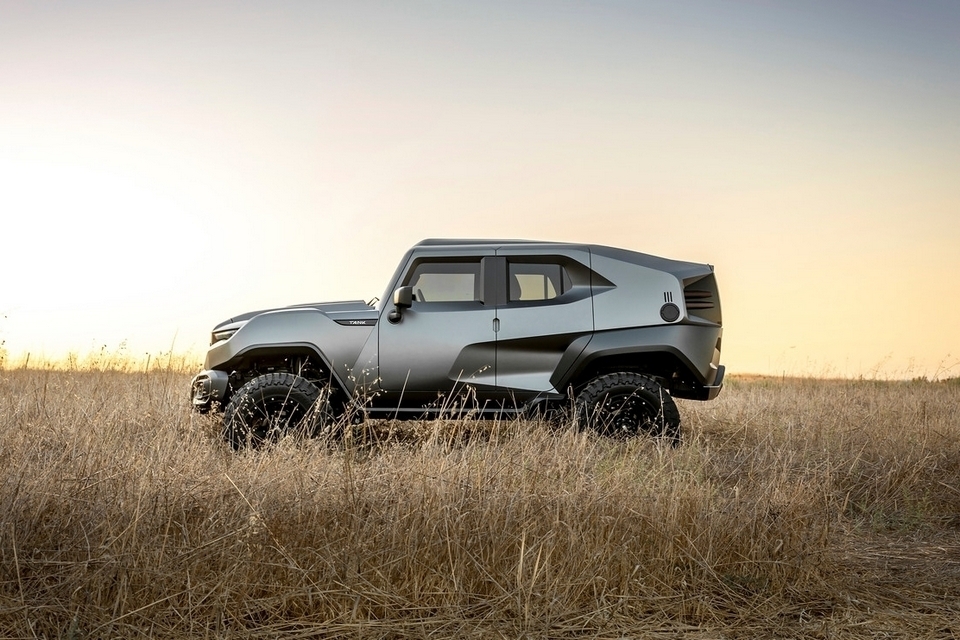 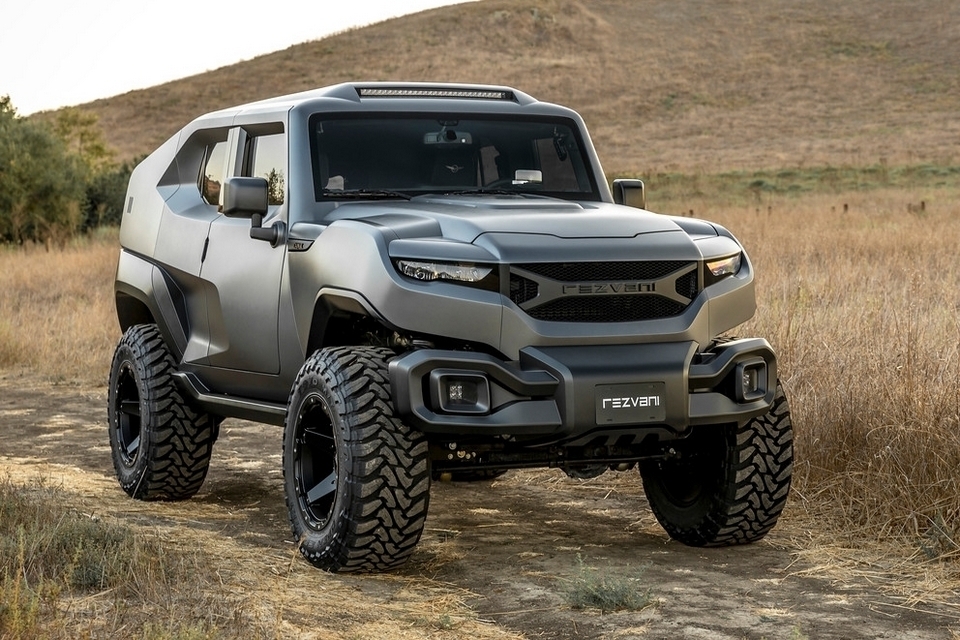