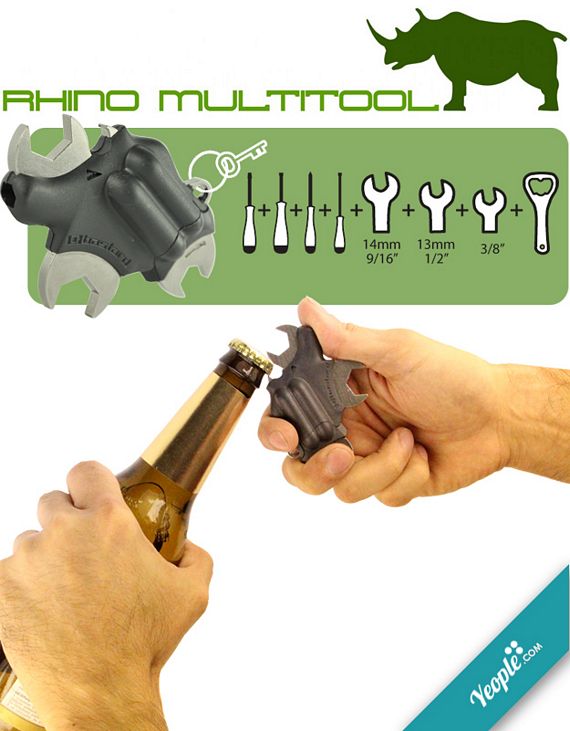 No, we don’t need another multi-tool.  Unless it looks like a rhinoceros, that is.  And that’s exactly what the Rhino Multitool uses to entice us with its charm. 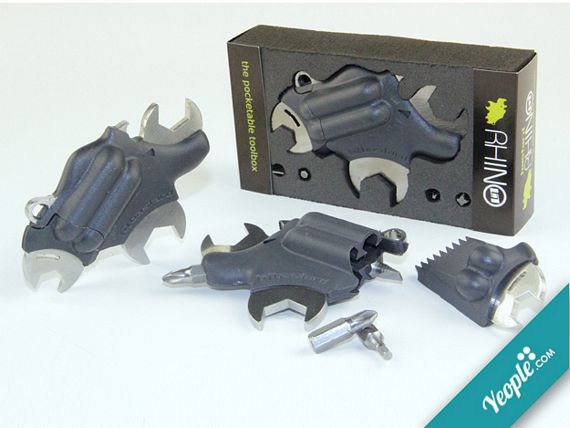 Designed to hook onto a keyring, the Rhino Multitool measures just 2.1 inches long, making it easy to slip into your Gustin Denim’s front pocket or slot into a spare pouch in your rucksack.  The rhino horns is actually a 9.5mm truck wrench, the front feet is a 13mm wheel wrench and the rear feet is a 14.5mm king wrench.  The mouth acts as a receptacle for one of the four included screwdriver bits, with the stomach hiding a removable ice scraper and wax comb.  Rounding out the features are the ears (a bottle opener) and the tail (a keyring clip).  Construction is high-quality stainless steel. 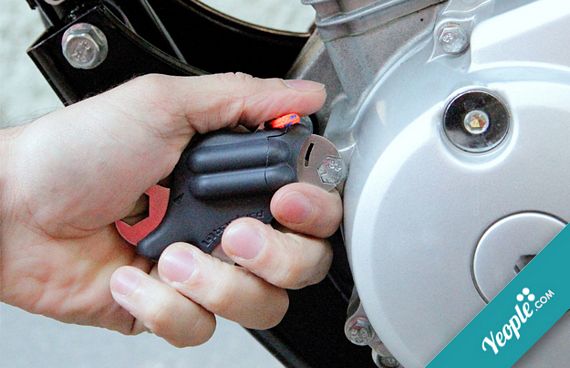 Granted, you’ll need the proper angle to figure out the rhino silhouette part, but it doesn’t diminish the awesomeness of the whole thing.  The Rhino Multitool is available now, priced at €29.90.

Check It Out via TheAwesomer