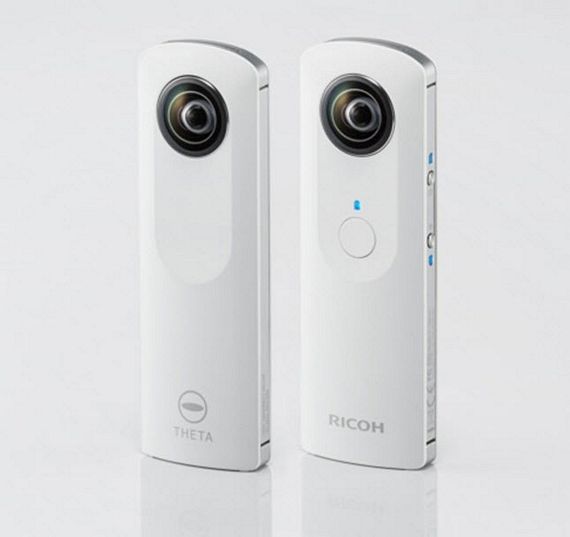 Panoramic photos are awesome and your Tamaggo 360-Imager takes them like a boss.  But you’ve been there and done that many times over.    If you’re hungry for the next weird/cool photography experience, the Ricoh Theta is exactly the rig you’ll want to get.

Designed to take fully spherical images, the device requires no special composition work or complicated multiple poses to get the job done.   Instead, you simply aim it at the 360-degree scene you want to shoot, hit the shutter button, and you’re done, with a fully spherical capture of the surrounding scenery immediately committed digitally. 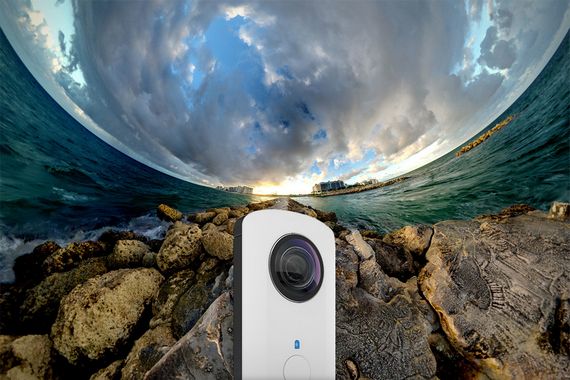 The Ricoh Theta is a compact handheld camera that measures 5.08 x 1.65 x 0.9 inches (l x w x d) and weighs 3.35 ounces, allowing you to carry it in hand and slip it into a pocket without issue.  Sporting a proprietary twin-lens folded optical system, it captures 180 degrees of the scene on either side of the camera, which is then stitched together automatically into a completely spherical image.  Everything is automatically transmitted via WiFi to a mobile app on your smartphone (iOS at launch, Android later in the year), where you can rotate through the finished 360-degree images, as well as send them to Facebook, Twitter, Tumblr or Photosynth.

Specs include an ISO sensitivity of 100~1600, a shutter speed of 1/8000~1/7.5 seconds, and 4GB of onboard storage (for buffering images in case the smartphone isn’t paired to the device).  It comes with an an internal rechargeable battery that can power the unit to 200 captures per full charge with the WiFi turned on.

Pricing for the Ricoh Theta is set at $399, with shipping slated for October.