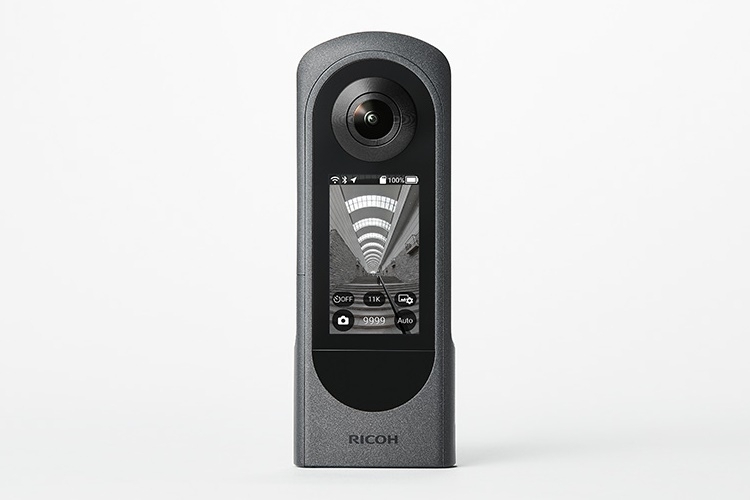 If you want to shoot any kind of 3D footage on a budget, the Ricoh Theta line continues to be among the most recommended cameras for the job, along with Insta360’s lineup. They have plenty of options in the line, too, from the entry-level M15 to the professional-grade Z1 to around half a dozen models in between like the original SC, each one aimed to serve a different niche of users. For the new Ricoh Theta X, it seems like the outfit is looking to win over folks who find their cameras a bit too cumbersome to use by integrating conveniences not available in their previous models.

No, it’s not a new flagship. Instead, the model slots right under the top-of-the-line Z1, as it’s still equipped with half-inch sensors compared to the actual flagship model’s one-inchers. If you’re looking for an easier time shooting panoramic videos, though, it does bring enough shooting chops along with those conveniences to make an interesting alternative. 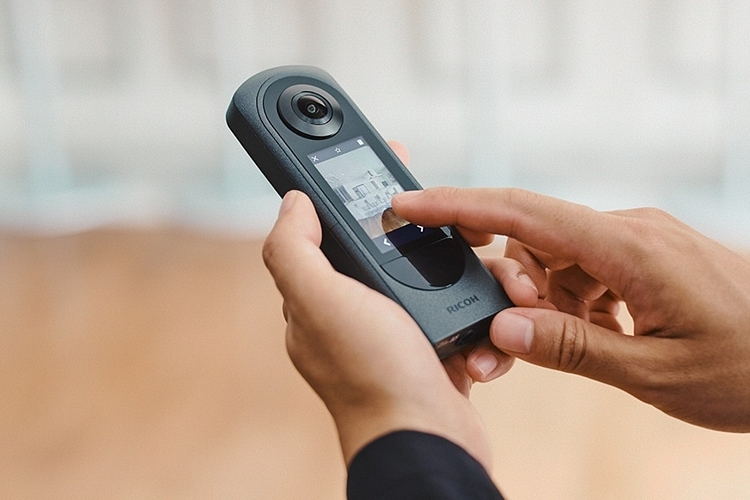 The Ricoh Theta X uses two of those 48MP CMOS sensors, one on each side, with 18-degree fisheye lenses each to capture a 360-degree image of everything around it. It can capture 60MP panoramic still images and 5.7K 360-degree video (5760 x 2880 pixels) at up to 30 fps, with real-time stitching, eliminating the need to combine the two separate captures together in post-production. With previous models in the Theta line, the outfit required users to pair the camera with a phone, where you can use the companion app to control the camera on the fly. That changes with this model.

For the Theta X, the outfit integrated a 2.25-inch color touchscreen right on the camera, allowing you to compose shots and adjust settings without the need for a smartphone. This should make it a lot easier to use on the fly, as you don’t have to deal with two devices that you’ll each have to set up before starting a shoot. 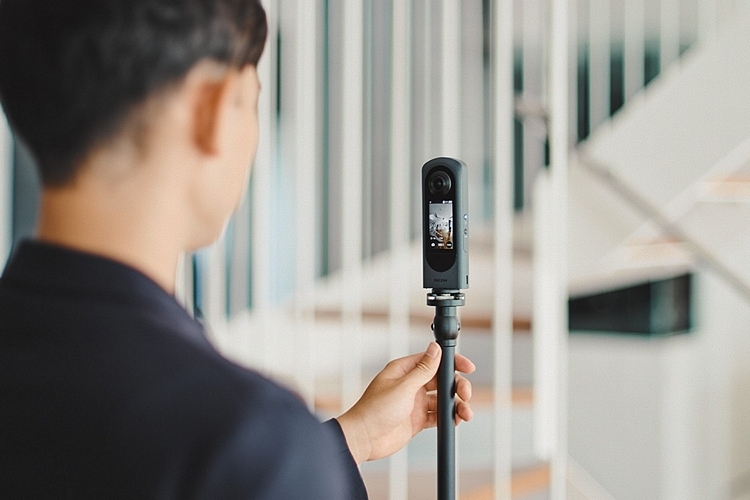 The Ricoh Theta X is also the first model in the line to get interchangeable batteries, allowing you to simply swap out a fresh pack when the current one drains out, making it possible to do extended shoots without a power outlet nearby. It has 46GB of internal storage, so there’s plenty of space to save your footage, although for this model, they also added a microSDXC slot, allowing you to expand your storage to accommodate the extended shooting times the swappable batteries allow. 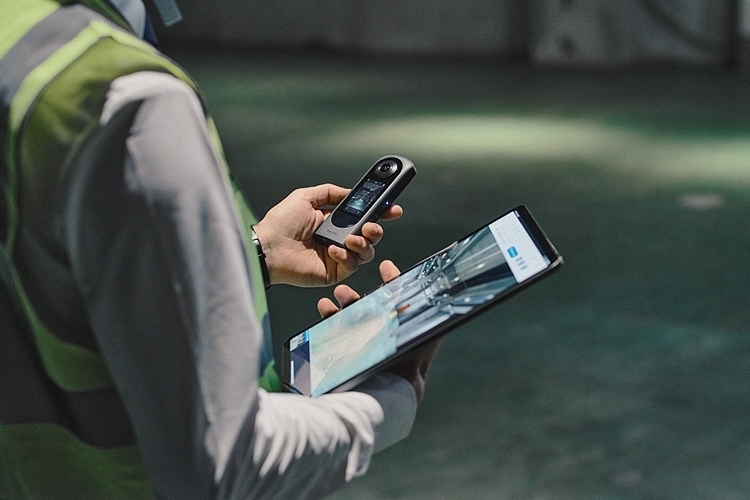 According to the outfit, the camera uses an upgraded main processor and an improved lens design, so there are plenty to enjoy here if you don’t mind the smaller camera sensor. It runs on an Android-based OS, so devs can create plugins to tailor the camera to specific needs, aside, of course, from any plugins Ricoh already has available. Features include livestreaming support (up to 4K), a built-in GPS for geolocation information, a robust magnesium alloy body, built-in editing functions, and a battery rated at 30 minutes of 5.7K video (goes up to 55 minutes when shooting in 4K).

The Ricoh Theta X is slated for availability soon, priced at $800.