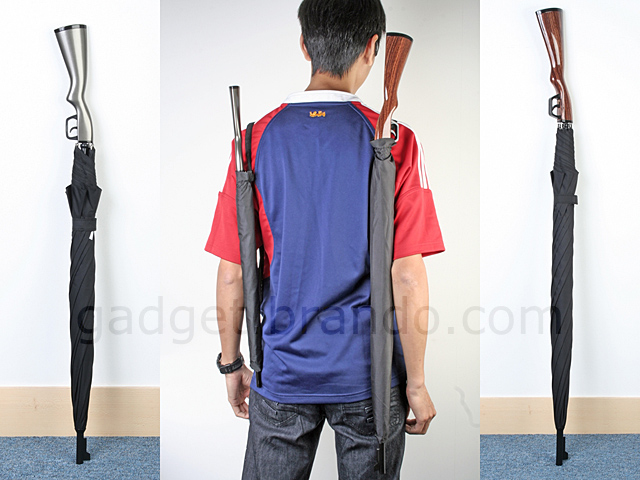 Those samurai sword umbrellas you’ve probably seen around are neat.  But if you’re more of a musket man than a bushido warrior yourself, this Rifle Umbrella should be more up your alley.

Styled to look like a real shoulder rifle, the rainy day gear has a realistic-looking rifle butt for the handle and a gun barrel with a sight at the top.  That way, you can look like you’re carrying a real gun when you have it folded up — perfect for attracting police attention while you’re walking in the streets. 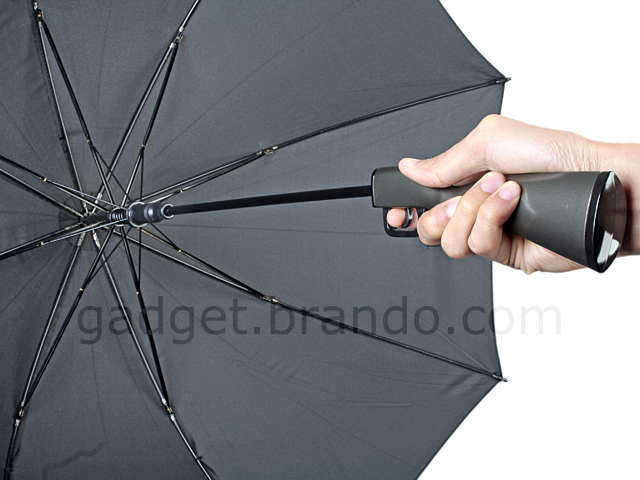 The Rifle Umbrella comes in two brolly lengths: 73 cm and 100 cm.  Both can be opened by pulling on the trigger in a shooting motion, which should be way more entertaining than the push-button operation of regular umbrellas.  I know, it would have been more awesome if it can actually fire shots, but this one should let you use it without being arrested for gun possession and maybe just get away with a citation. 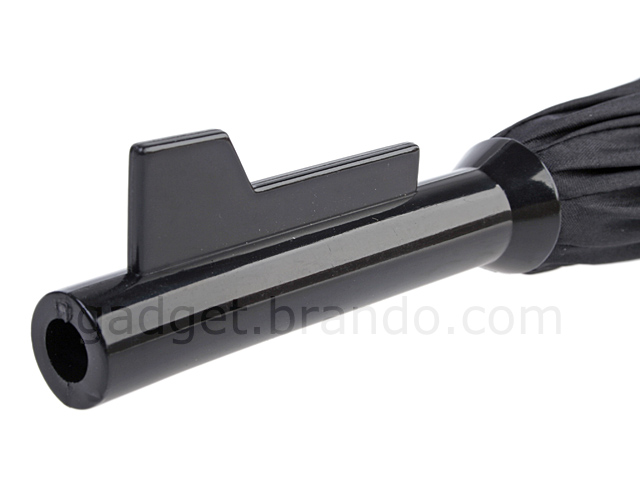 I used to avoid carrying an umbrella because they cramp my style.  While this umbrella won’t really do anything to fix that, it does give the impression that you’re terribly badass and batshit crazy  — some rainy days, that might just be what you’re looking for.

In all honesty, this thing could have been epic if it made a firing sound every time you pulled the trigger.  As it is, though, it’s just admirably entertaining.  The Rifle Umbrella is available from peripherals retailer Brando, priced at $19 and $28 for the 73 cm and 100 cm version, respectively.