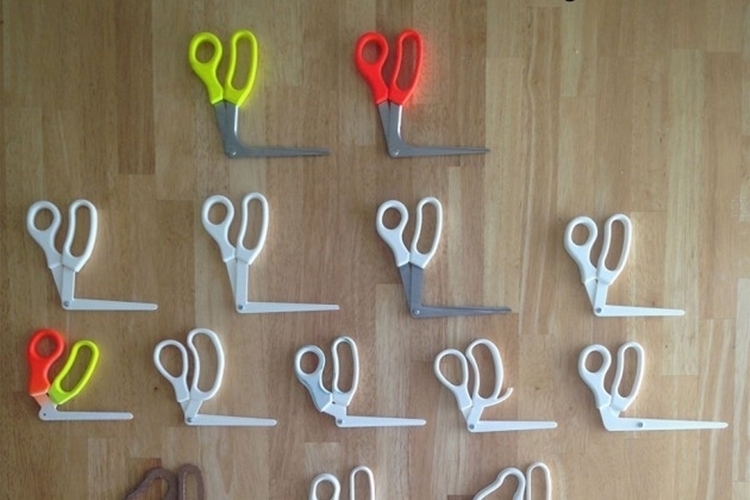 When you first see the RightShears, your initial thought is likely to be one of a few things. Mine is, “What the heck is that?” We’re guessing yours is probably some variation of the same thing. It’s about as odd-looking a pair of scissors as you’re likely to find, after all.

Made by ReExcite, it’s a pair of scissors with their cutting blades bent at a 90-degree angle. Why? Because when you use regular scissors to cut something that’s set down on a table, you always end up having to lift them off the surface, since your hand requires the extra room underneath to make those cutting motions. Not only is it a hassle, it can end up making you cut at the wrong angle. Simply put, regular scissors are inefficient for the purpose. 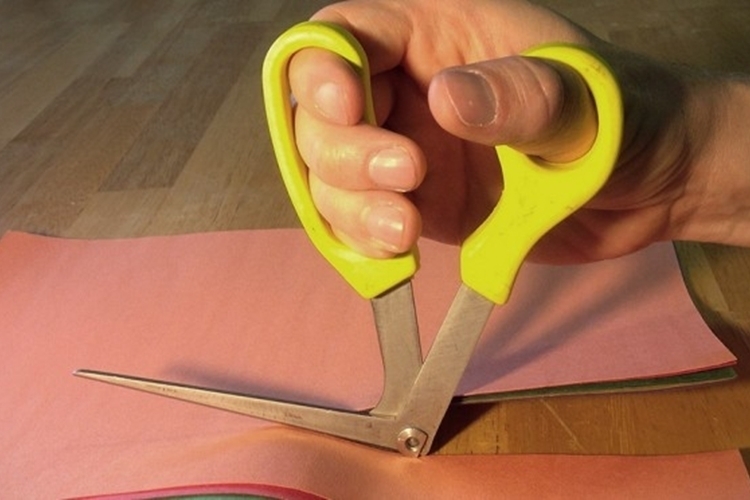 Not the case with these RightShears, which keep your hand well above the object being cut the entire time, allowing you to focus on cutting a straight line instead of making constant adjustments to accommodate your hand the entire time. It still retains the same cross-bladed design as traditional scissors, along with familiar looking handles that are sized to accommodate the thumb on one and the rest of your fingers on the other. Everything changes, though, at the part after the screw, with the blades running perpendicular to the rest of the ensemble to enable the redesigned scissors’ unique operation.

RightShears has just finished the prototype phase of their product development, with a crowdfunding campaign slated to debut soon.