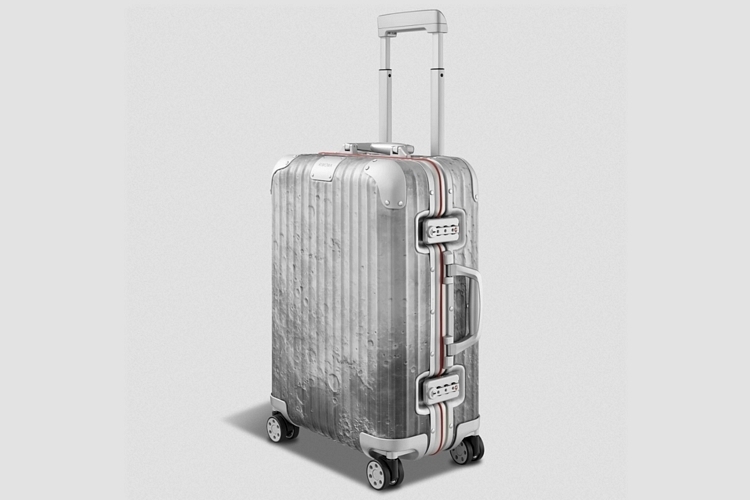 Rimowa is famous for their signature suitcases, with its parallel grooves and aluminum build characterizing that premium jet set aesthetic. It’s such an awesome look that they even apply them to smaller bags now. The Rimowa Cabin Moon Roller Bag takes that iconic luggage design and makes it look like it’s been subjected to the taxing demands of interplanetary travel.

A limited edition take on Rimowa’s iconic suitcase, it takes the same classic aluminum luggage, but prints on top of it with a photorealistic image of the lunar surface. The result is a suitcase that appears distressed in a way that no earthly element could have caused, leaving you with the only conclusion that it’s been afflicted with some kind of alien organism that will require power lasers to remove. Or something. 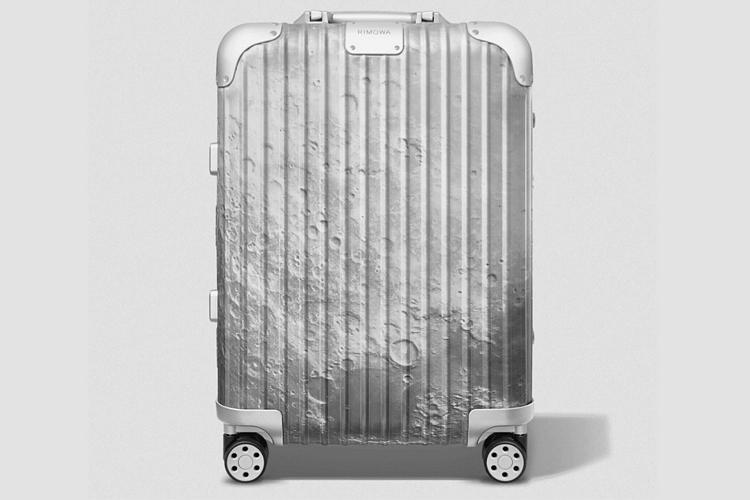 The Rimowa Cabin Moon Roller Bag is an erstwhile standard version of the outfit’s classic rolling luggage, albeit with those weird lunar surface prints all over the case’s grooved hard shell. And no, it doesn’t look like the darn thing has been carved from moon rock. Instead, it really looks infected with an alien organism. You know, something like the protomolecule from The Expanse, except in your case, it’s only been corroded, with the alien lifeform no longer onboard, leaving you with a weathered luggage that bears the mark of a true galactic traveler. Yeah, let’s go with that one. According to the outfit, they didn’t just randomly choose a patch of the moon’s cratered surface and printed it, by the way, instead incorporating every element of the luggage’s structure to ensure the print actually added to the overall aesthetic.

Its hard shell is made entirely from aluminum, so it’s durable enough to withstand the demands of airline travel, all while providing a protective shield to keep your gear safe throughout the whole trip. And while they usually offer their luggages in different colors, they only went with the classic silver here, which really blends well with the similarly-colored surface of that rock orbiting our planet. 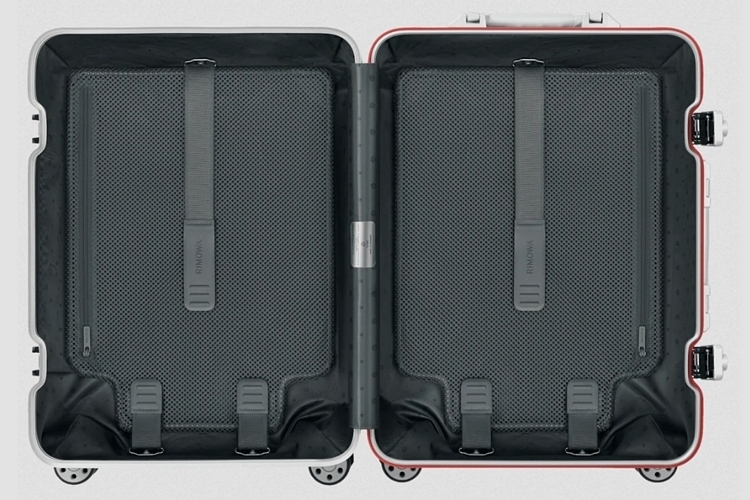 The Rimowa Cabin Moon Roller Bag has a telescopic handle that’s engineered to offer seamless adjustment, as well as the same ball-bearing mounted wheels on cushioned axles on their standard luggage, so you can maneuver this around effortlessly, no matter how much gear you’ve got stashed inside. Inside, it comes with flex dividers that you can use to separate the contents of each side of the clamshell suitcase, with soft cotton lining, so it’s gentle on any gear you carry in the bag. 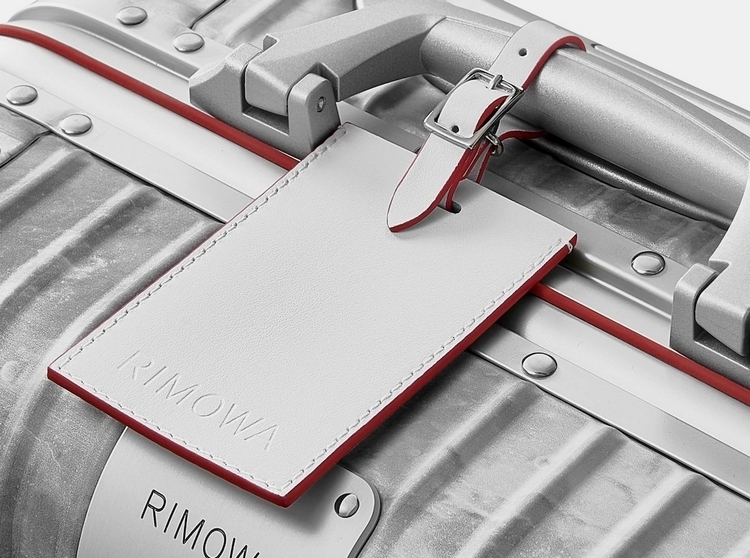 The bag is secured with a pair of TSA-approved locks that security personnel can open easily during airline baggage checks without causing any damage, ensuring you can get through the line quickly and without incident. Just to add a little contrast to the silver shell and various shade of gray print, it comes with red and white detailing at various sections, a color choice that, they say, pays homage to astronauts’ space suits.

Only 750 examples of the Rimowa Cabin Moon Roller Bag will be made. They’re available now, priced at $1,690.