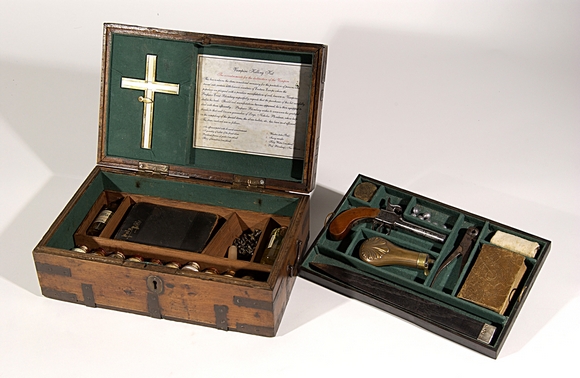 Ripley’s hasn’t been relevant in a long while.  With a ton of stuff in their long-running inventory, though, it doesn’t take long before they find a trend they can latch on to.  The current vampire rage is dripping with potential for the company, especially considering that they own the “world’s largest collection of authentic vampire killing kits.”  And, now, they’re going to pimp it.

Want to see the tools Buffy would have used to kill that Twilight  guy after she dispatches of Dracula if they were all real?  This shit is it. 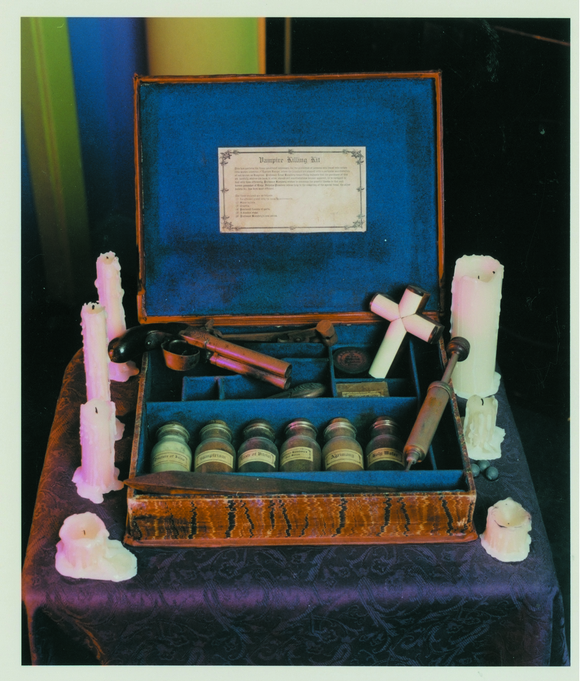 According to Ripley’s, they currently have 30 vampire slayer kits in their collection, with some dating back to the mid-1800s.  As it turns out, selling carry-on sets for potential vampire slayers was good business back in the day, as many of the kits were said to have been bought by the original owners via mail order.  Which is hilarious, for some reason.

The sets vary in their contents, although they all have the same intention – putting an end to an eternal bloodsuckers’ existence (apart from putting money into the direct mail company’s pockets).  Bundled items include wooden stakes, Bibles, crucifixes, bottles upon bottles of holy water, pistols, gunpowder, lead bullets, powdered garlic and more.

Apparently, a certain Boston company was responsible for producing most of the sets, which they shipped to various customers throughout the country.  The usual customers, according to Ripley’s account, were wealthy Americans who were traveling to Eastern Europe, stocking up on anti-vampire fare to protect themselves in case they encountered one during their trip.

The Vampire Killing Kits are on display in different Ripley’s museums across eight countries, which sucks (yeah, a pun) since you can’t see all of them in one place.  Seriously, though, they should put together a traveling exhibit just for their vampire and werewolf fare – those shows will be flooded with just teenage girls alone.  And wherever there are teenage girls, all the men just seem to appear as well.  Second easiest money ever (the easiest, of course, was selling vampire kits back in the 1800s).