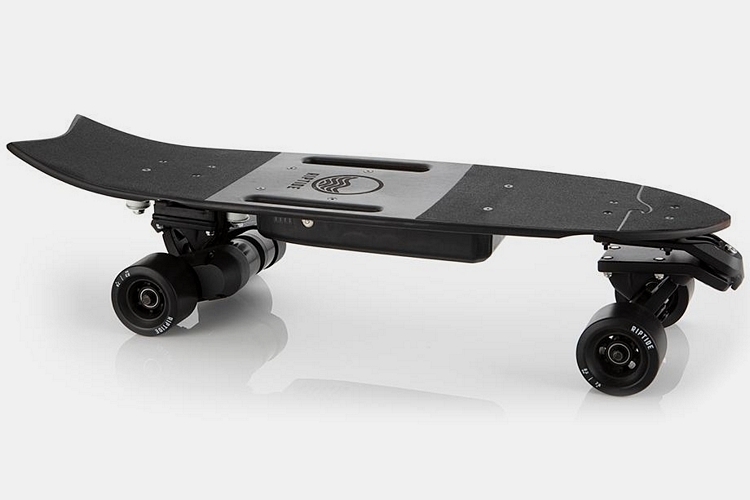 Electric longboards are great for that last mile of commute – they’re fast enough to save you time and compact enough that you can bring them to just about anywhere. Problem is, they’re not very nimble, making them great for cruising open paths, but not as good for zipping around obstacles. The Riptide R1 Black vows to change that.

An electric skateboard designed for carving at high speeds, it boasts the ability to make turns that are three times tighter than Riptide’s other models, facilitating a level of control unlike anything before it. Simply put, if you want a skateboard that can make sharp turns without drastically slowing down, this should offer the best option among the products currently in the market. 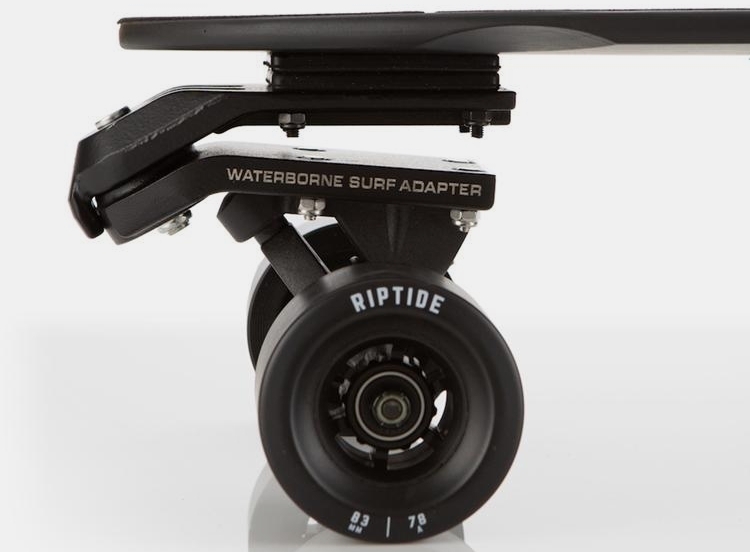 To enable this unique performance, the Riptide R1 Black attached a Waterborne Surf Adapter to the skateboard’s front trucks, giving it the ability to make those tight turns that would otherwise be impossible. The outfit claims that this adapter brings a sense of flow and control to the board that just “makes anything else feel boring and stiff.” Of course, making deep carves at high speeds is one thing – doing it without wobbling and falling over is a whole other matter. That’s why, the skateboard also gets a Rear Rail Adapter that ensures the two wheels in the back stay relatively in-line with the deck’s nose the entire time, regardless of how the front truck is turning. This should result in a more stable ride, with minimal wobbles while traveling in speed. And yes, both adapters are available on their own, so you can integrate them with older Riptide skateboards, in case you’d rather reinforce the ones you have now, instead of buying an entirely new deck from scratch.

Two electric motors allow the skateboard to run at speeds of up to 18mph, with the ability to reach top speed in mere seconds, ensuring it will deliver satisfying acceleration, while riding up steep hills without any trouble. We know, it’s not quite as powerful as the outfit’s other models (the R1X, for instance, can do 22 mph), but for the slight dip in speed, you get a whole lot of maneuverability in its place, making it quite the worthy tradeoff. 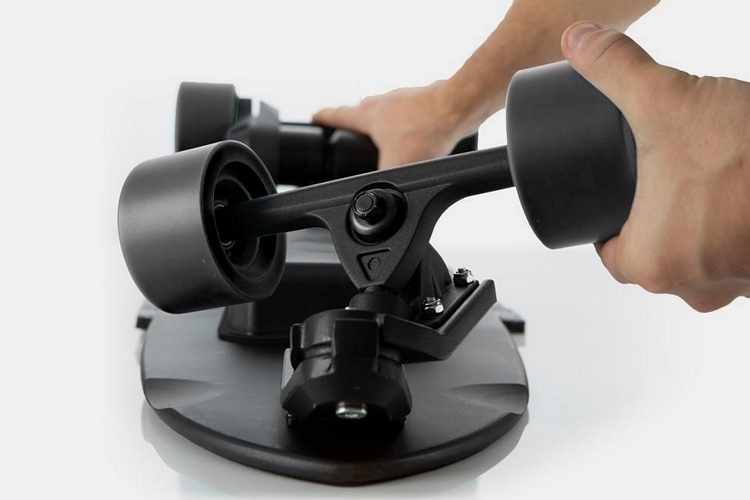 The Riptide R1 Black can cover up to seven miles on a single charge, with the option to upgrade to a larger battery to immediately double the effective range. It takes just 3.5 hours to recharge, too, so you can easily replenish the battery, whether at school or at the office, with regenerative braking feeding it trickles of charge every so often while riding. Even better, it comes with handles on the side that make carrying the board easy, which you can also use to hang it on a hook during charging. 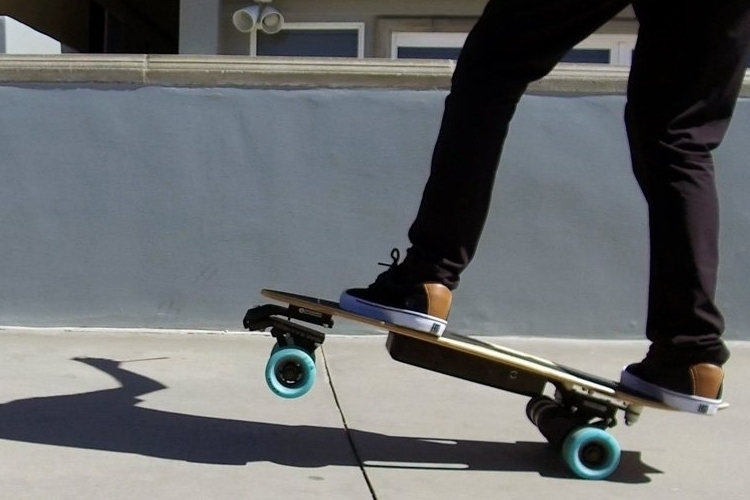 A handheld throttle allows you to easily control the skateboard’s operation, allowing you to speed up and slow down by simply pressing on a button. It comes with three riding modes – one for beginners, one for experts, and a last one for maximizing range, which is done by reducing acceleration but still allowing the board to reach its top speeds.

The Riptide R1 Black is available now, priced at $649.