RK Racer, A Custom Buell That Can Stab You (And Probably Will) 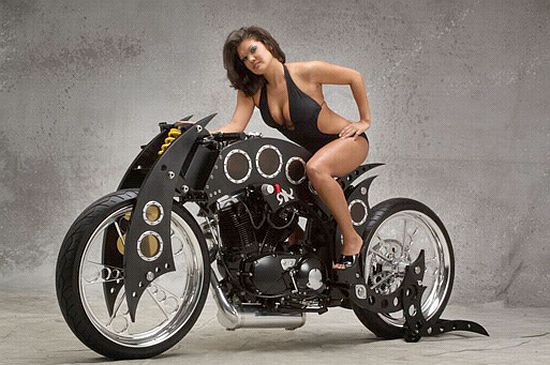 Driving a motorcycle has always been risky business.  Taking the road on the RK Racer, a modified Buell that can hurt you in so many ways, is just amping up the process.

Shown off during the last Sturgis AMD World Championship Of Bike Building, the bike looks custom-built for those who want to “live fast, die young.” Heck, you don’t even have to drive head-on against a speeding truck.  Just make the mistake of hitting the brakes too hard, tilt your body forward and  there you have it – a spike lodged on your throat.  Don’t even get me started on the pointed rear of that seat.  Horror! 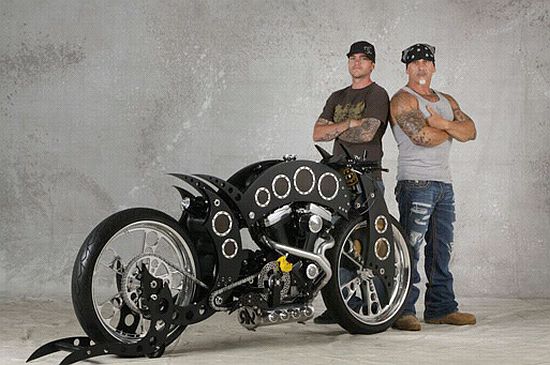 The RK Racer is easily one of the most radical customizations you’ll ever see on a Buell.  Honestly, it looks like it leaped straight out of a post-apocalyptic future.   It uses a 1200cc Buell  motorbike as base (not sure what model), with see-thru gas and oil tanks (made from glass), 23-inch wheels with Vee Rubber tires and a custom body with lots of razor-sharp edges.  No updates have been made on the engine – it looks unsafe enough as it is. 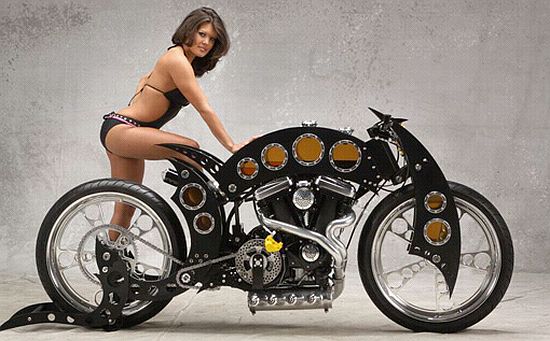 Built by Rafik Kassi under his Austin-based RK Concepts outfit, the bike sure looks like one scary ride.  You’ll have to dress me up in a stab-proof costume before I even consider wrapping my legs around that (I’m referring to the bike, not the girl – duh).  Make sure to use extra padding on the crotch area.  I might slip.  Ouch.

Want to see someone who isn’t scared that the RK Racer might you into four?  Check out the video of RK himself putting his creation to the test.