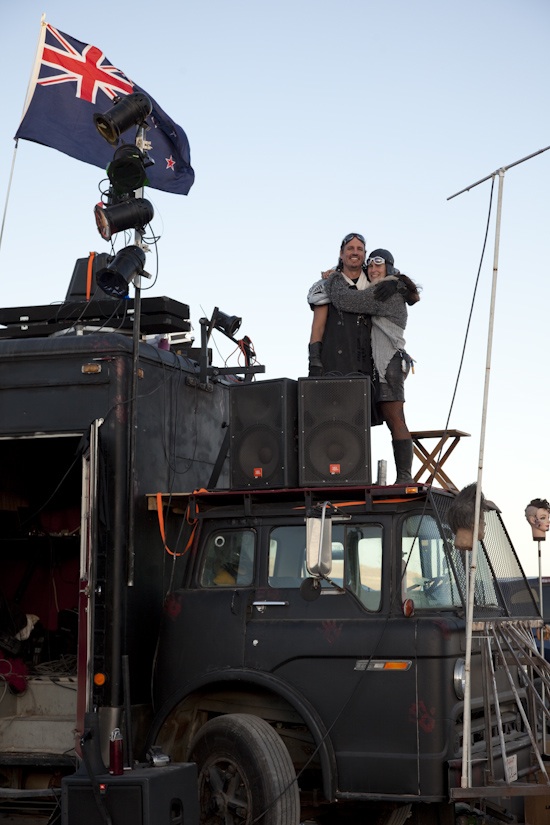 Huge Mad Max fan?  We know where you should have been last weekend.  If you were anywhere other than  Soggy Dry Lake at Southern California’s High Desert, then you missed the fandom convention held specially for your ilk.

The Road Warrior Weekend is a one-shot event that brought together fans of the classic Mad Max series (I know, the flag on the photo above is New Zealand’s, lol).  For three days, the desert turned into a post-apocalyptic campground, complete with its own Thunderdome, where revelers held fake battles to the death.

Breaking away from the usual venue of fan-based events, organizer Scarlett Harlot decided to take it to the desert since using a hotel or a convention center didn’t really play well with the idea of Mad Max.  Out in the baking sun, they were able to build a backdrop that mirrored the Wasteland from the films, with nothing but dirt roads, rocks and other desert fare – just like you’d expect in a post-apocalypse hellhole. 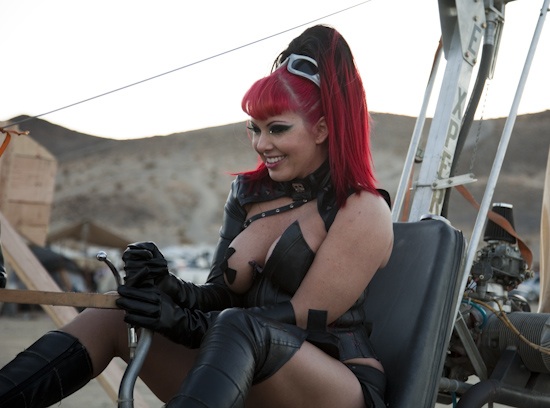 Costumed folks, naturally, were in full force.  Dressed in garbs that appeared to be part-Halloween, part-American Gladiators and part-Burning Man (including the requisite scantily-clad hotties, of course, as above), fans walked around partaking in the festivities.  Radios were blaring 80s Australian fare (think INXS and Midnight Oil), while on the campground, DJs spun industrial drum ‘n bass tunes.  MFP cars raced around the ground (Soggy Dry Lake is actually an off-road racing area), co-mingling with other vehicles dressed up to suit the occasion. 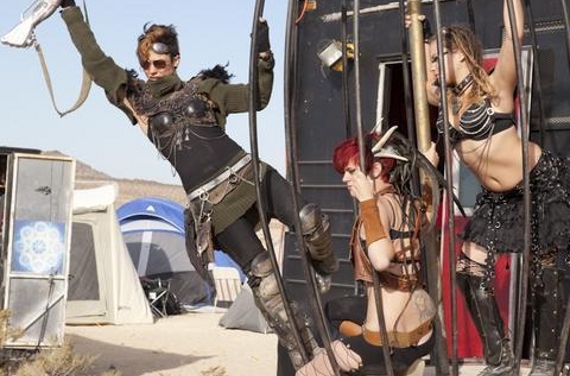 A local Bartertown was put up, where attendees can buy Mad Max memorabilia, along with items they can use to deck their tents.  A couple of actors from the original films, Vernon G. Wells (Wez) and Virginia Hey (Warrior Woman) also attended to answer questions and sign autographs.  A gyrocopter, which flew through the desert and landed right in the middle of the Wasteland, was one of the weekend’s highlights.

While there were no plans of turning it into an annual celebration, the successful event could mean more Road Warrior Weekends in your future.  The photos look fun.  Check out more from LA Weekly’s coverage.