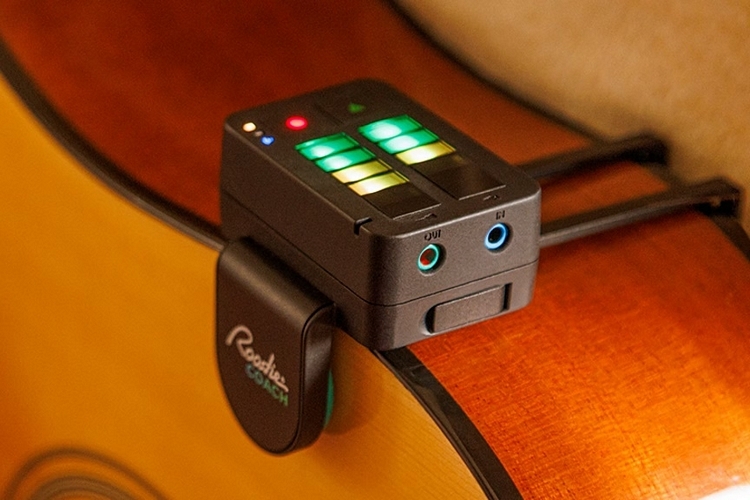 We’re big fans of Roadie’s guitar tuners, which can automatically wind your instrument’s strings on its own, allowing you to tune it to the correct pitch without having to rely on a trained musical ear. After close to a decade of focusing their attention on increasingly-sophisticated robot tuners for various stringed instruments, the outfit is now branching out to helping musicians improve their technique with the Roadie Coach. 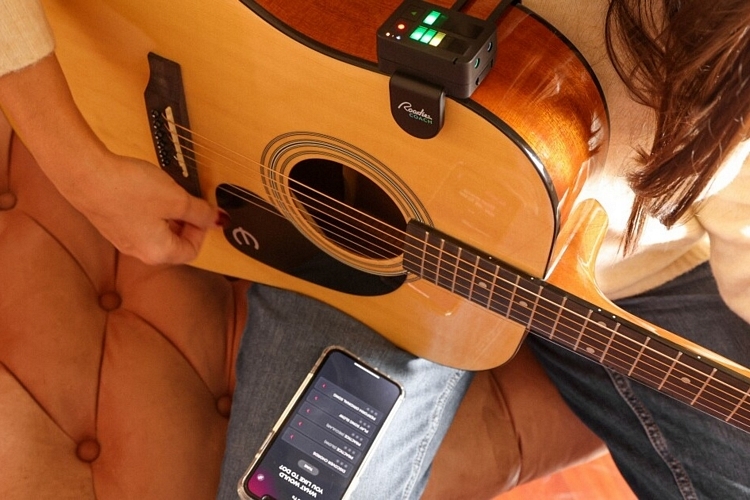 The Roadie Coach is a music tutoring device that can teach individuals to not just play, but also sing, full songs from scratch, offering dynamic feedback on your progress in real-time. That’s right, it will listen not just to your guitar playing, but to your singing, too, making it a highly useful tool not just for guitar players but singers, as well. According to the outfit, it can work with acoustic guitars, electric guitars, and even the ukulele, making it highly useful for practicing different types of music.

To use, simply mount the device to your instrument’s body, using the soft pads to secure it without scratching any part of the guitar surface. In order to use the music tutoring function, you need to pair it with the companion app, where you will choose the songs you’re going to practice. The app will show every chord and strum pattern, so you can follow along, with the option to play the sequences at a slow or regular pace, depending on how far along you are learning it. Each song, by the way, comes with a backing track, so you can feel like you’re jamming with a full band, with the option to transpose songs from one key to another for folks who want to experiment with a slightly different sound. Do note, the song library requires a subscription plan of $99.99 per year, so you’re not getting all those transcribed practice songs for free. 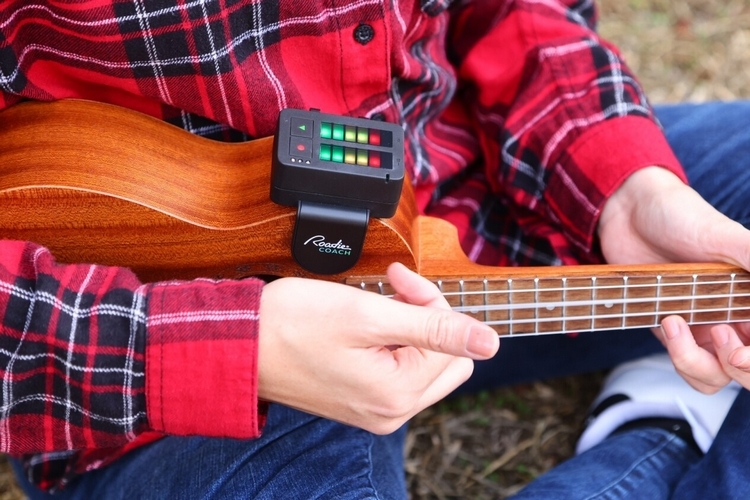 The Roadie Coach also pulls double duty as a recorder. Simply press the record button and the device will save an audio recording of each practice or songwriting session you do, with the device using separate mics for the guitar and the vocals. All recordings are saved as WAV files, with the option to customize sampling rates as you deem fit. 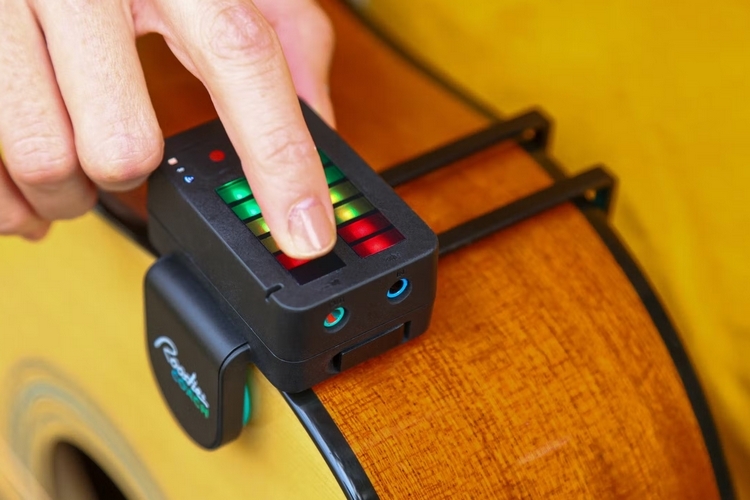 Lastly, the device can also serve as a MIDI controller, with two touch sliders on top that you can use to interact with audio effect apps and your DAW. Basically, it lets you control any software you use to accompany your playing right from the guitar. Other features include two 3.5mm audio jacks (one input, one output), a micro amp function (you can listen to your electric guitar with headphones on), Bluetooth, Wi-Fi, 8GB of onboard storage (for storing audio recordings), and a battery rated at 10 hours of recording between charges.

A Kickstarter campaign is currently running for the Roadie Coach. You can reserve a unit for pledges starting at $149. Each pledge comes with two months of free subscription to the outfit’s song library.