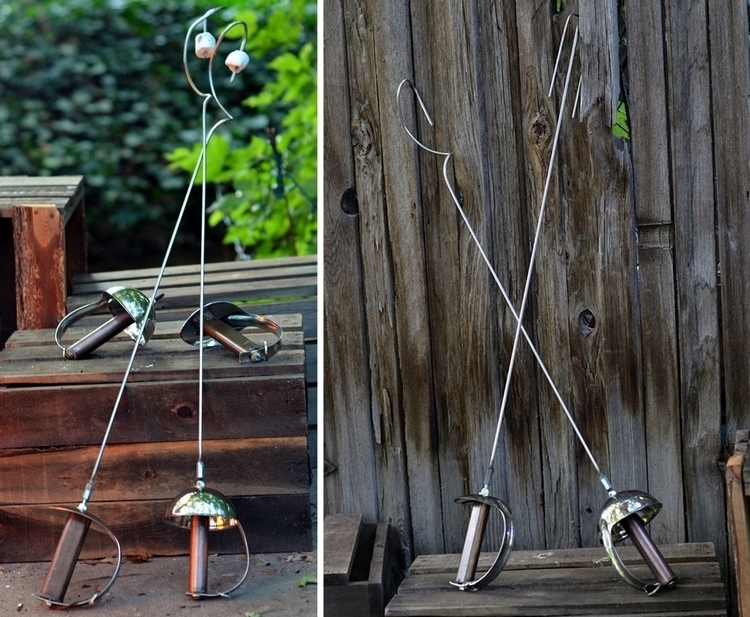 It looks like a fencing sword. You know, with the domed guard, wooden grip, and long stick-shaped blade. Except, instead of a blade, the Roastyz Toastyz Sword Campfire Roaster uses an actual stick that you can use to skewer hotdogs, marshmallows, and other things you want to cook over an open fire.

That’s right, this fencing sword is actually a campfire skewer, which you can use to roast your dinner after a day of swordplay out in the backcountry. Sure, you’re asking, why the heck would you go out to the woods to hold a fencing showdown? We don’t know the answer to that, but if you ever get the urge to engage in it, these things should easily do the trick. 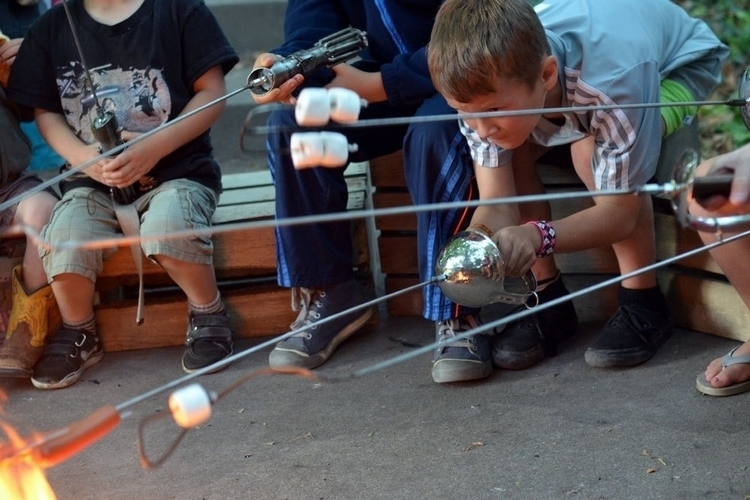 The Sword Campfire Roaster consists of two detachable parts: a hilt styled to look like a fencing saber and a blade with a curly tip that’s designed to skewer several marshmallows at once in close proximity. No, you can’t use the marshmallow blade to skewer hotdogs, but you can purchase a separate blade that’s designed to hold two sausages side by side. They even have a blade with a cup-like implement at the tip, which you can use to make tart right on the campfire, for those times you feel like killing yourself if you have to eat another S’more for dessert.

When swapping tips, you simply rotate the blade to loosen the hold and eventually remove it, then attach the new one so you can start roasting something else on the fire. Do note, the blades are made from stainless steel, which means these things can get extremely hot after a roasting session, so make sure to use protective gear whenever you need to touch them, whether to remove a blade or remove the skewered items. 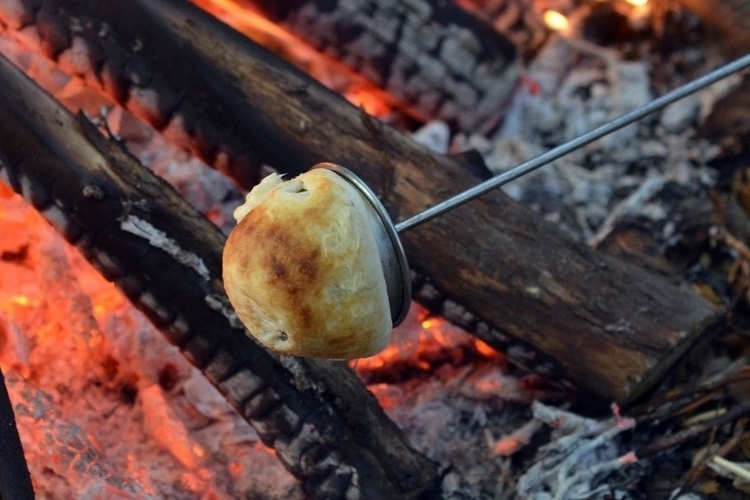 The Sword Campfire Roaster has a domed guard at the hilt that’s designed to shield you from the heat, with the wooden grip ensuring heat doesn’t transfer to any part you’re holding in hand. Each one is handcrafted, by the way, so expect some minor differences in the way the pieces are finished, which, we’re guessing, should add some personality on there that you don’t quite get with products put together in an assembly line. 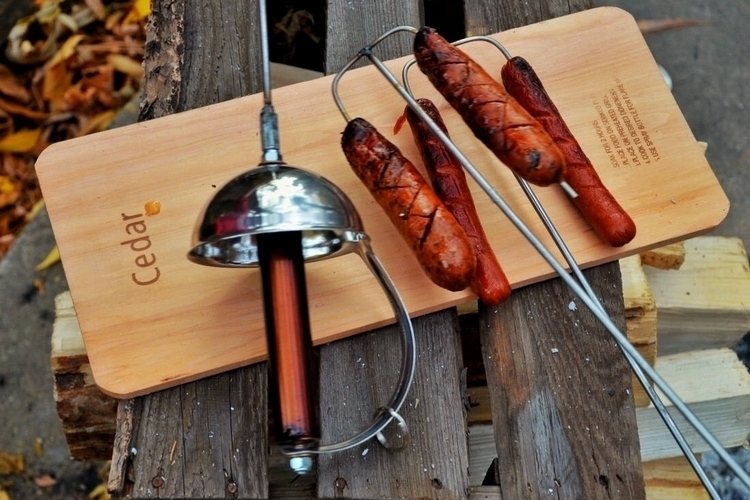 Granted, carrying a bunch of novelty items, especially ones with long sticks, just for skewering food for the campfire doesn’t sound all that great for people already packing a lot of stuff when camping. Still, if you like the novelty of swordplay while roasting hotdogs, tomatoes, and marshmallows, we guess, you could always make extra room in the car. Of course, you can always just use the swords to roast marshmallows in the living room using that Flameless Marshmallow Roaster instead.

Want one? The Sword Campfire Roaster is priced at $25, with each blade costing an additional $5 each. For the Star Wars fans, they also have a lightsaber hilt that you can use in place of the traditional fencing saber, which is priced at $34.