RoBattle Robot Handles The Most Dangerous Tasks During Combat 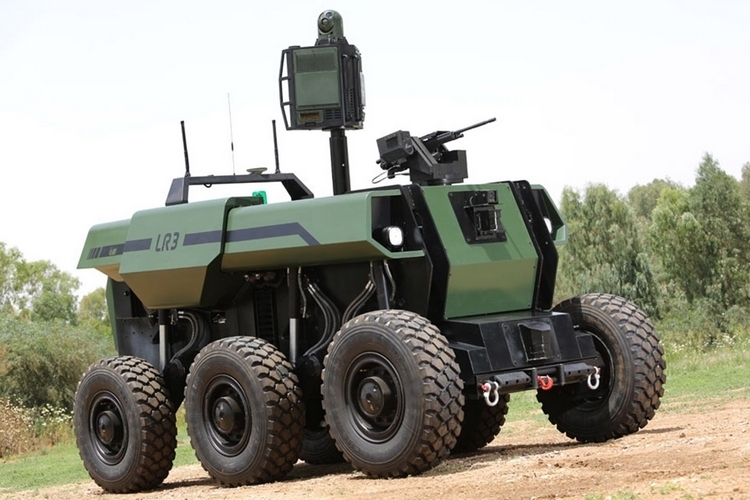 We don’t know how long it will take before all our wars are waged by robot mechs. In the meantime, we’ll have to make do with letting robots do the most treacherous tasks in the field, shaving off some of the dangers for the flesh-and-bone soldiers. RoBattle is one of those ground combat robots.

Made by Israel Aerospace Industries (IAI), it’s a modular robot that’s designed to perform some of the more extreme tasks that soldiers typically do in the field. That includes things such as advance guard duties, surveillance missions, and ambush attacks, essentially serving as the front line during battles, taking the brunt of the potential hit before the actual soldiers follow. Yeah, being a combat robot won’t be easy.

The RoBattle is a combat-ready autonomous robot platform that’s, basically, an unmanned, tactical ATV. It’s equipped with onboard systems for vehicle control, real-time mapping, navigation, and path planning, so it can handle itself well enough wherever you need it to go.  A hefty beast, it weighs a whopping seven tons all on its own, with the ability to carry up to three tons of payload, so you can equip with any battle gear it requires. Because of the modular nature, the robot can be configured in a whole lot of ways, enabling it for use in most any setting.

The wheels, for instance, can be taken out in favor of tracks, allowing you to give it proper mobility for specific terrains, while a whole variety of payload can be installed to get it ready for actual combat. Apart from the usual cameras that you’ll need to get a view of the area, it can be equipped with a remote weapon station, battlefield sensors (imaging, radar, COMINT, and more), counter-IED systems, and manipulator arms, among a whole host of options.

IAI is bringing the RoBattle to the Eurosatory airland defense and security exhibition in France, which takes place next week.